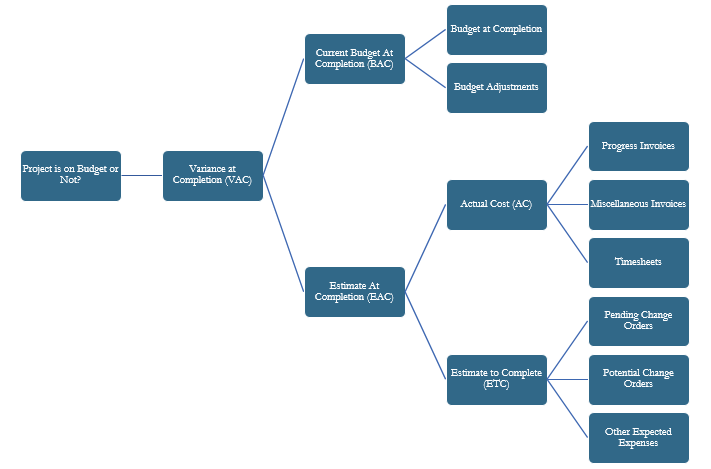 Regardless of whether the Project Control System (PCS) was managed by the Project Owner or Contractor, reporting the project’s performance using key performance indicators (KPI) is a must and not a choice. Most of the measures will be automatically calculated by the business intelligence (BI) reporting that is either part of the PCS applications or dedicated tools like MS Power BI.

To calculate the values of the project’s KPIs, there is a requirement to determine the information needed for each KPI and the required formula to calculate these KPIs. For example, for the KPI “No. of projects on budget”, there is a need to register all projects for which the approved budget must be identified and the estimated cost at completion. These two values will become the basis for calculating the variance between the budget and the estimated cost at completion. These projects with zero or positive variance values will be on a budget, which is the required KPI.

The Lost Time Injury Frequency Rate (LTIFR) is a proxy measurement for safety performance. A lost-time injury is an event that results in a fatality, permanent disability, or time lost from work, and it could be as little as one day or a few hours. LTIFR refers to the number of lost-time injuries within each month relative to the total number of hours worked in that period.

Although these KPIs will be calculated from the data captured in the different PMWeb project management processes, when it comes to formally reporting these KPIs to other stakeholders, the project manager must confirm that they agree with the KPIs. They also need to explain the reported KPI values in a narrative format that helps senior stakeholders understand the implications of the reported KPI values on the project’s successful delivery.

The PMWeb custom form builder will create a form that formalizes submitting the project’s KPIs. The form will include fields to identify the reported performance period, the project manager’s name, the PCS manager/engineer’s name, along with the particulars of the project. In addition, for each KPI, the form will include a field to add the reported KPI score value. The project control manager will add the calculated values for each KPI and a field to provide the details of the reported performance. The form could be used as an interim solution if the organization did not implement the complete PMWeb processes to calculate these values or is depending on a third party to provide the core values of these KPIs. In this case, the organization can use this form to provide the data needed for the project performance dashboard.

The form attachment tab will attach supporting documents used to calculate the reported KPI values and is an essential requirement when the reported performance KPIs are not calculated by PMWeb. This would require uploading and storing the project’s safety report, cost report, updated schedule, NCR log, issues log, and progress photographs, among others, into the PMWeb document management repository and then attaching them to the KPI Narrative Report form. This will ensure that the reported KPI’s performance values are auditable. It is highly recommended that a folder be created for each reported progress period to confirm that all supporting documents for the reported performance period are properly organized and easily accessed and reviewed.

The KPI Narrative Report form will have a pre-assigned workflow to ensure that the reports are formally reviewed and approved as detailed in the project management procedures. The custom form can be configured to enable each team member who is part of the workflow steps to only provide the score data for the KPI assigned to them. This will further enforce accountability in reporting the KPI performance score values. 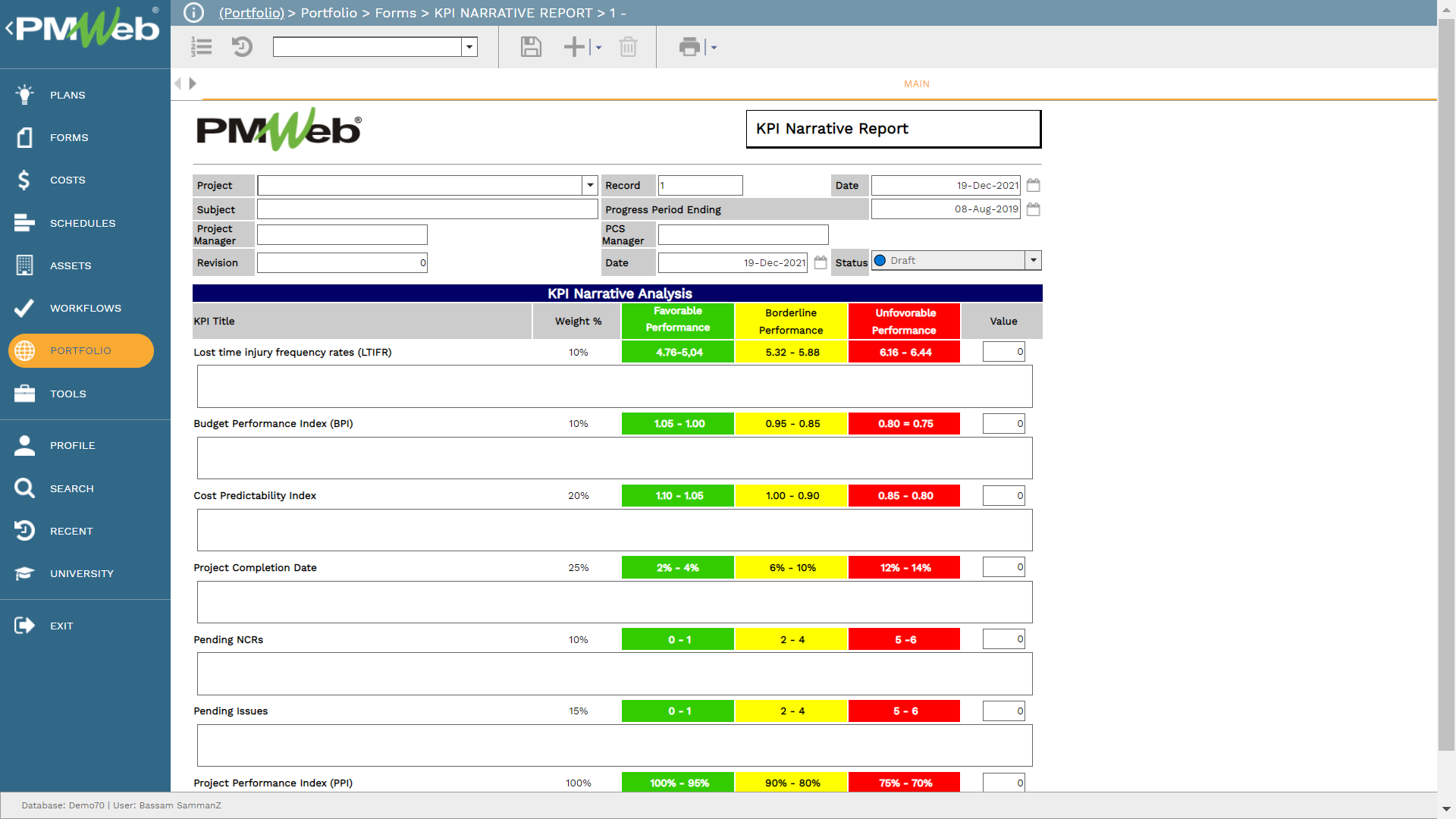 By having the formally approved progress data submitted for the current progress period, PMWeb can create the project’s monthly performance report. This report will display the score values for KPI for the current period in the format of a tachometer and the narrative provided by the project manager or any other assigned project team member to give the report reader insight into the KPI performance. Since PMWeb will capture and store the KPI score values for all progress periods, a three-month trend chart can also be added for KPI. The trend chart will show the pre-agreed performance tolerance levels as green for favorable performance, cyan for average performance, and red for unfavorable performance. At the summary level of the progress report, which will display the Project Performance Index KPI, the report could display the geospatial location of the project on the ESRI map and the progress photographs for the current period. 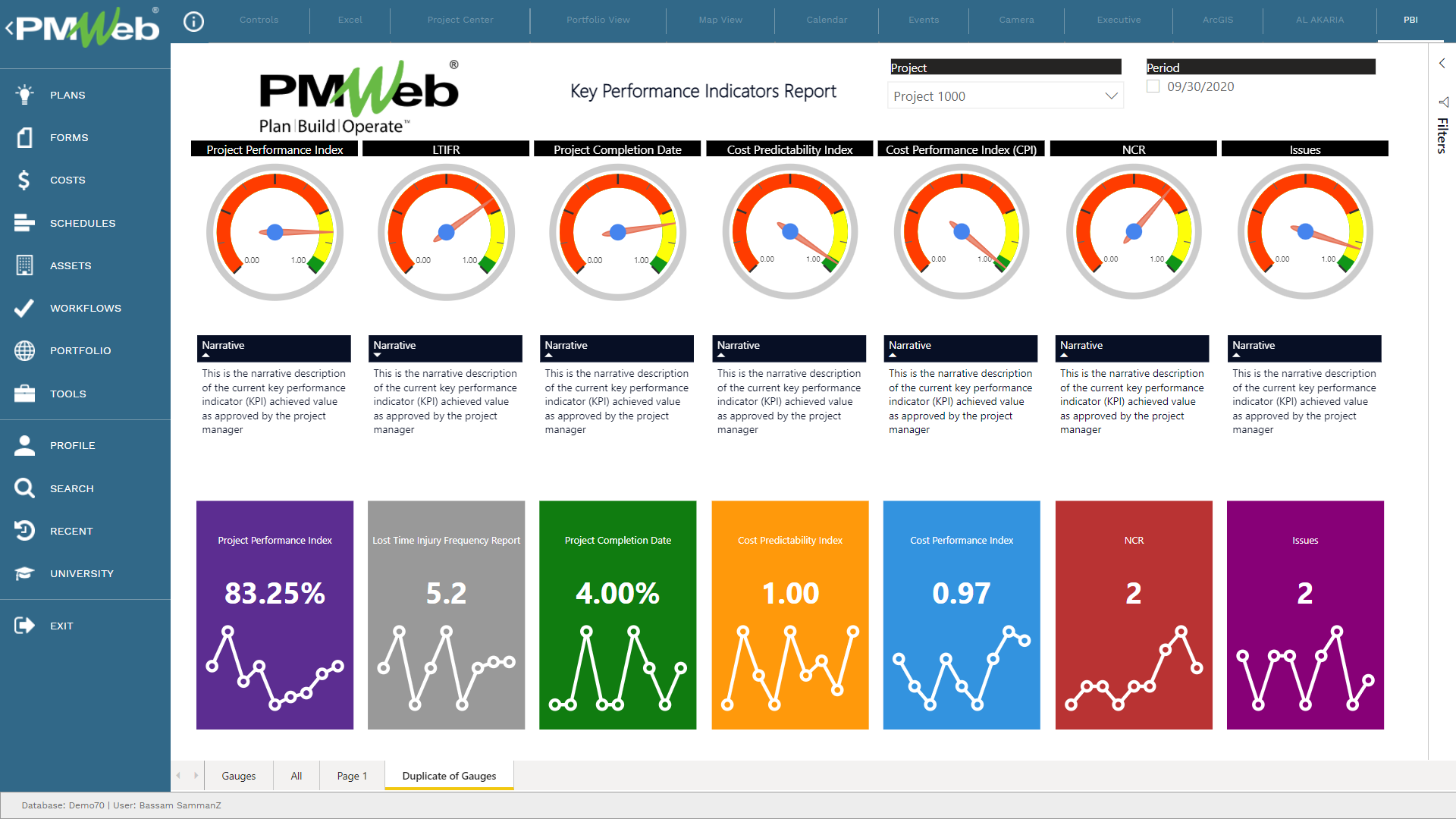 One of the key benefits of using a PMIS like PMWeb to manage the different project management processes is the ability to set alerts when the performance of selected key performance indicators (KPI) differs from the set performance thresholds. Having said this, alerts in construction projects are unlike alerts in other businesses, like when sales volume hits the alert threshold. Alerts in capital construction projects are related to actions and transactions that must still be acted on and could be influenced. All these alerts will become part of the alerts dashboard that authorized stakeholders can access to take the necessary measures to mitigate the possible negative impacts of these alerts.

Alerts could be associated with the project’s overall cost plan, budget adjustments and changes, contract procurement, award, commitment change orders, commitment potential change awards, progress invoice payments, project communications, QA/QC, and HSSE, among other project management processes. For each process alert, a threshold value must be set for those records that exceed the value and will then be filtered out and become part of the reported alert. 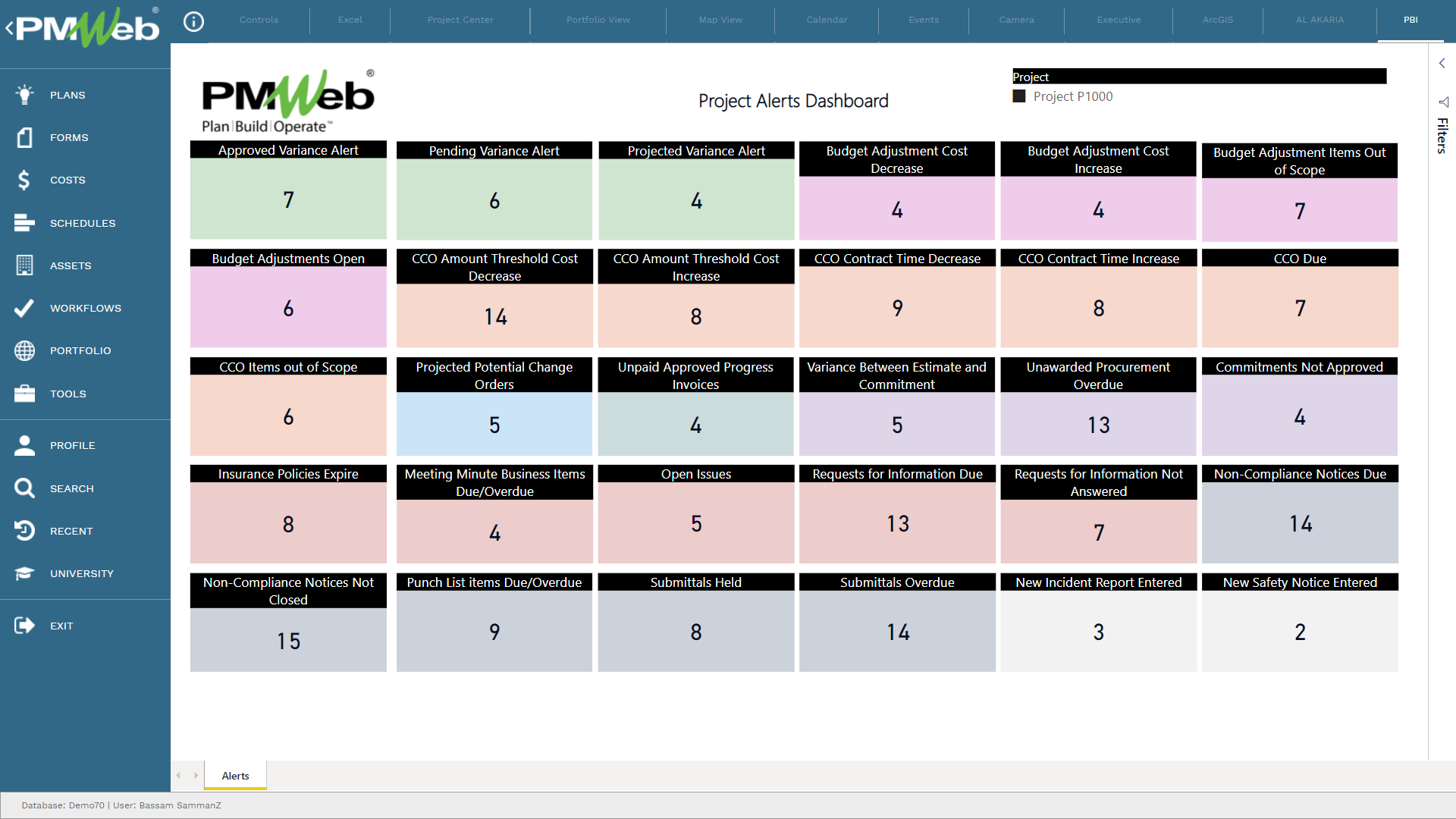