For construction projects where the procurement strategy involves having multiple prime contractors deliver the different project’s bid packages, there will be a need to manage the interfaces between the scope of work of those packages. Although the risk of interfaces between those contractually independent work packages will remain between the contractors, the Project Owner needs to ensure that those interfaces are planned, managed, and completed as stated in the contract agreements for those bid packages.

The project control system (PCS) deployed on the project must enable managing, monitoring, evaluating, and reporting on the different types of interface agreements. This needs to be done regardless of whether the PCS was managed by the Project Owner or Contractor.

All interface points must be included in the project’s integrated baseline schedule as a best practice. The PMWeb schedule import will be used to maintain an updated register of all interface points for which they have a code to differentiate them from other project schedule activities. 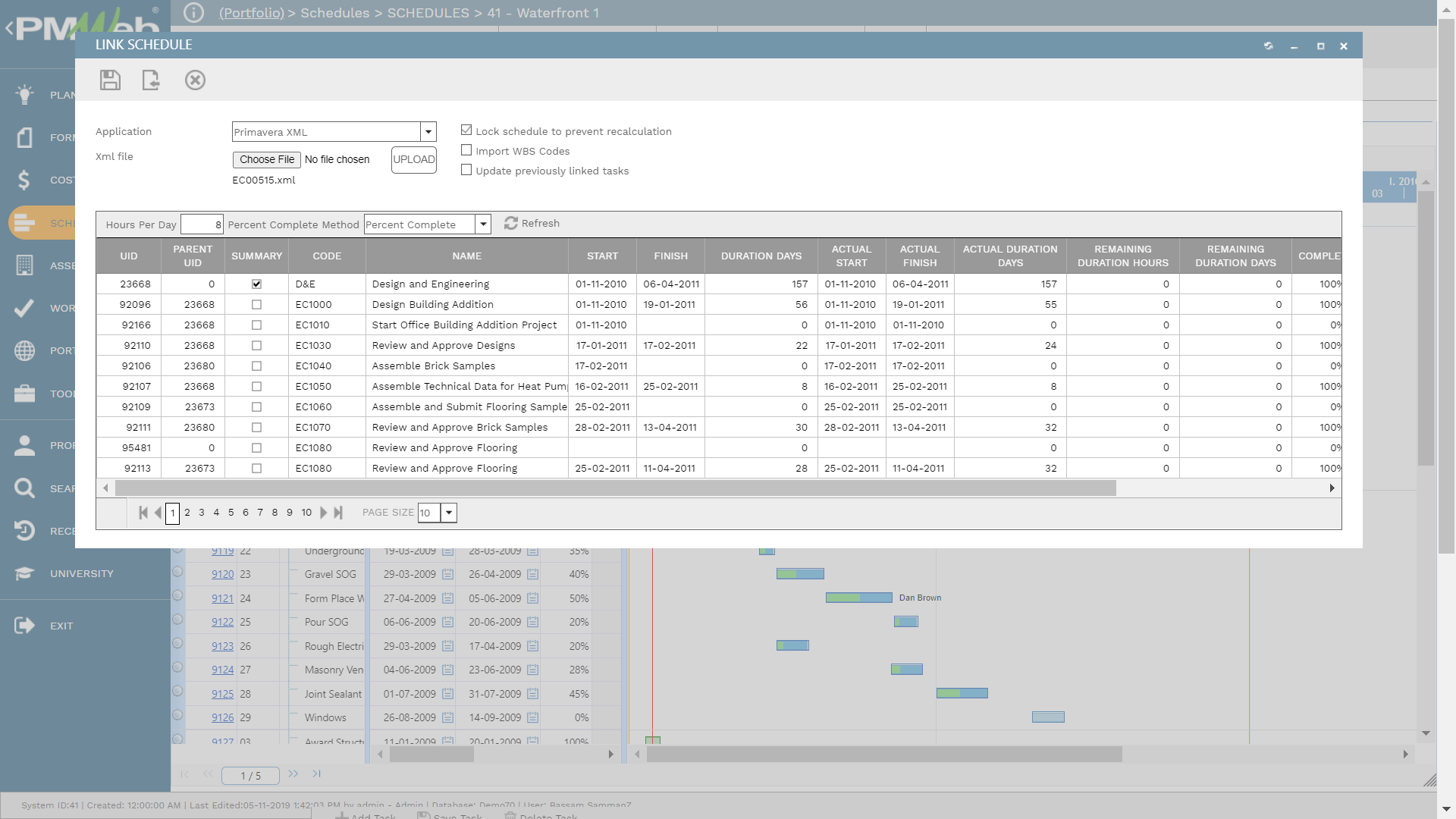 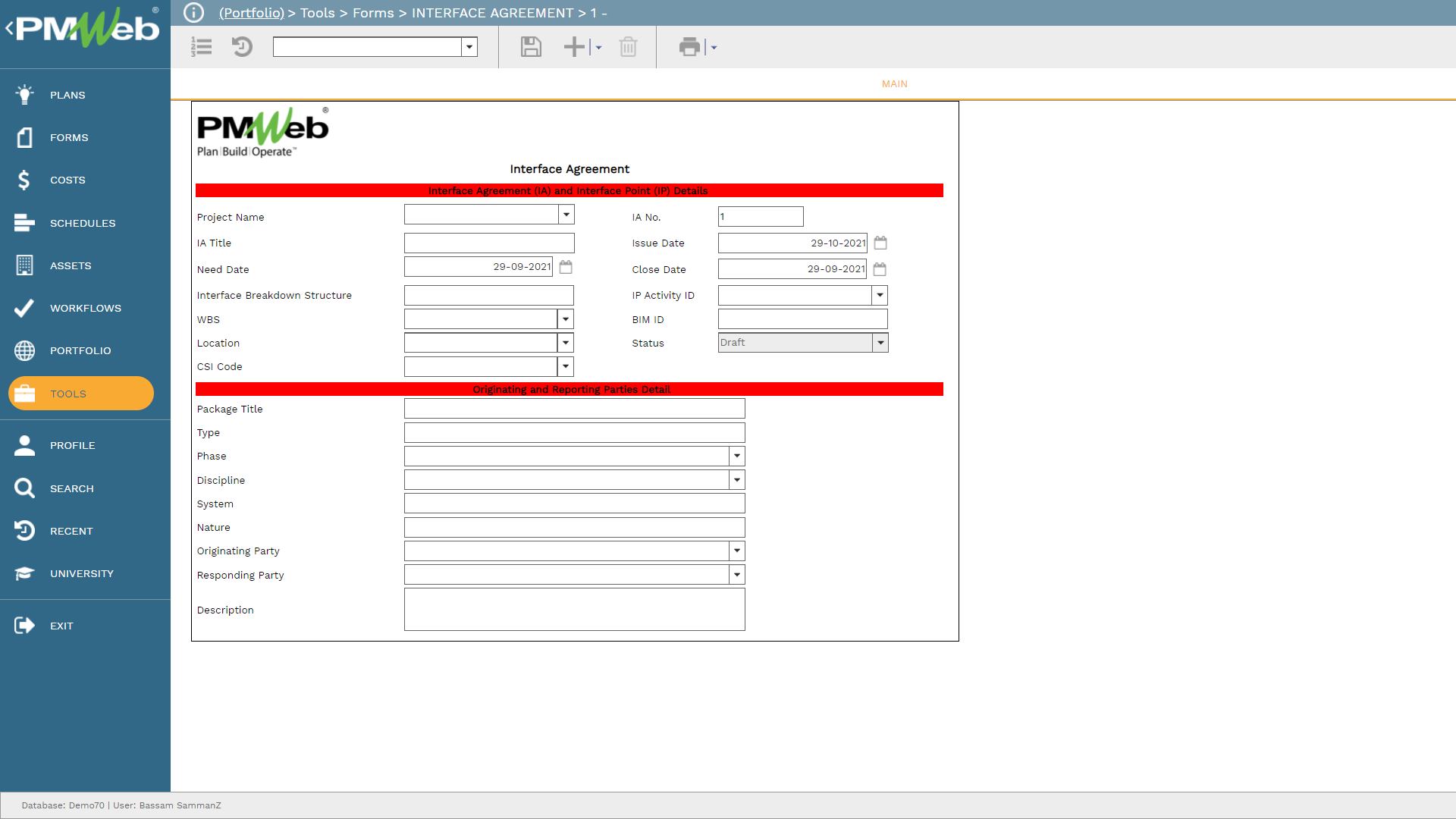 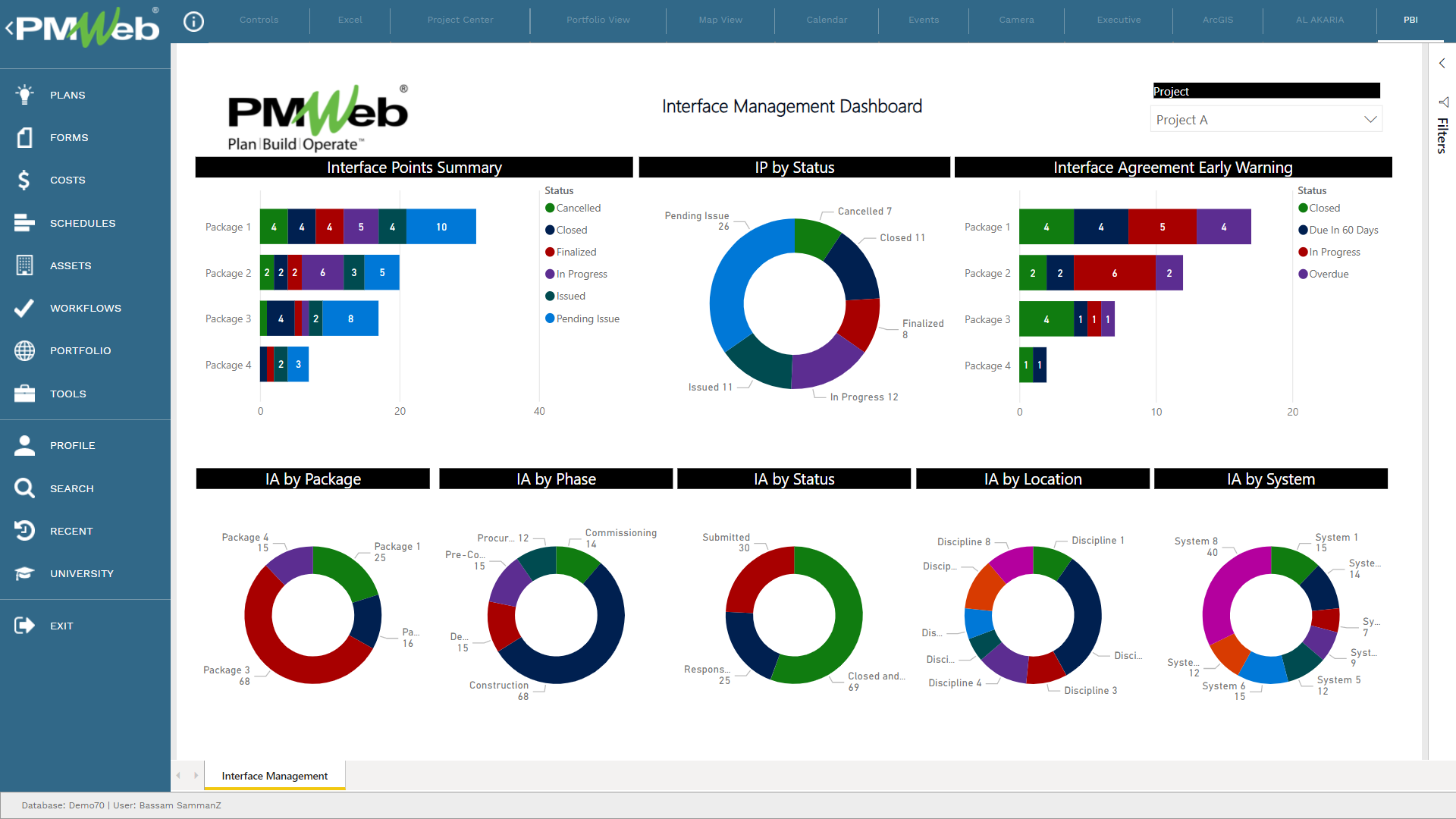