By definition, A project budget is the total estimated cost of completing each project activity over each phase of a project. The project is important as it helps set expenditure expectations and is critical in getting project approval, ensuring funds are ready at the right time, and measuring performance.

Nevertheless, the objective of the project budget differs depending on from whom perspective the project is managed. For example, for a Project Owner, the Project Budget represents the total investment (CAPEX) that the Project Owner is willing to invest in the project. It includes in addition to all direct and indirect costs associated with delivering the project, contingencies, reserve, marketing expenses, and other overheads.

On the other hand, for a Contractor, The Project Budget represents the total contract awarded value. It includes in addition to all direct and indirect costs associated with delivering the project, contingencies, reserves, and other overheads. The chart below details the components of the project’s baseline budget from a Contractor’s perspective.

The PMWeb budget module will be used to capture the baseline budget. There is no limit on the number of budget revisions that can be created and maintained in PMWeb although only a single version can be labeled as an “Approved” baseline budget. PMWeb allows adding the budget line items directly into the template, copying and pasting from MS Excel, or being generated from the approved definite cost estimate. 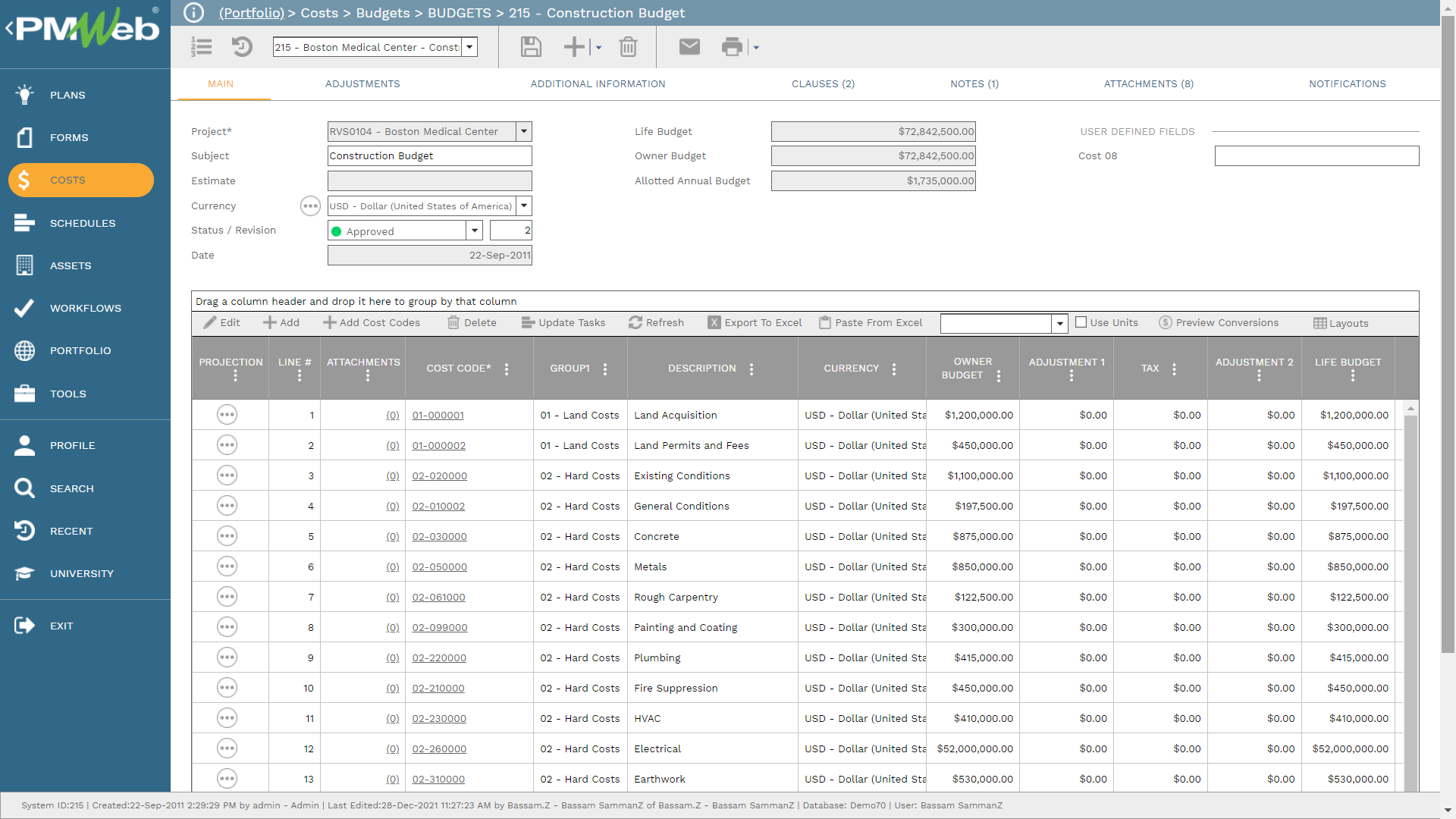 For each budget line item, PMWeb allows the creation of the planned budget spending plan. PMWeb also allows the linking of each budget line item with its relevant project schedule WBS and Activity. This can be created manually for each financial period or automatically by selecting the budget line item’s planned start and finish dates, along with the projection distribution curves. The predefined curves list includes front-loaded, back-loaded, linear, and bell-shaped. 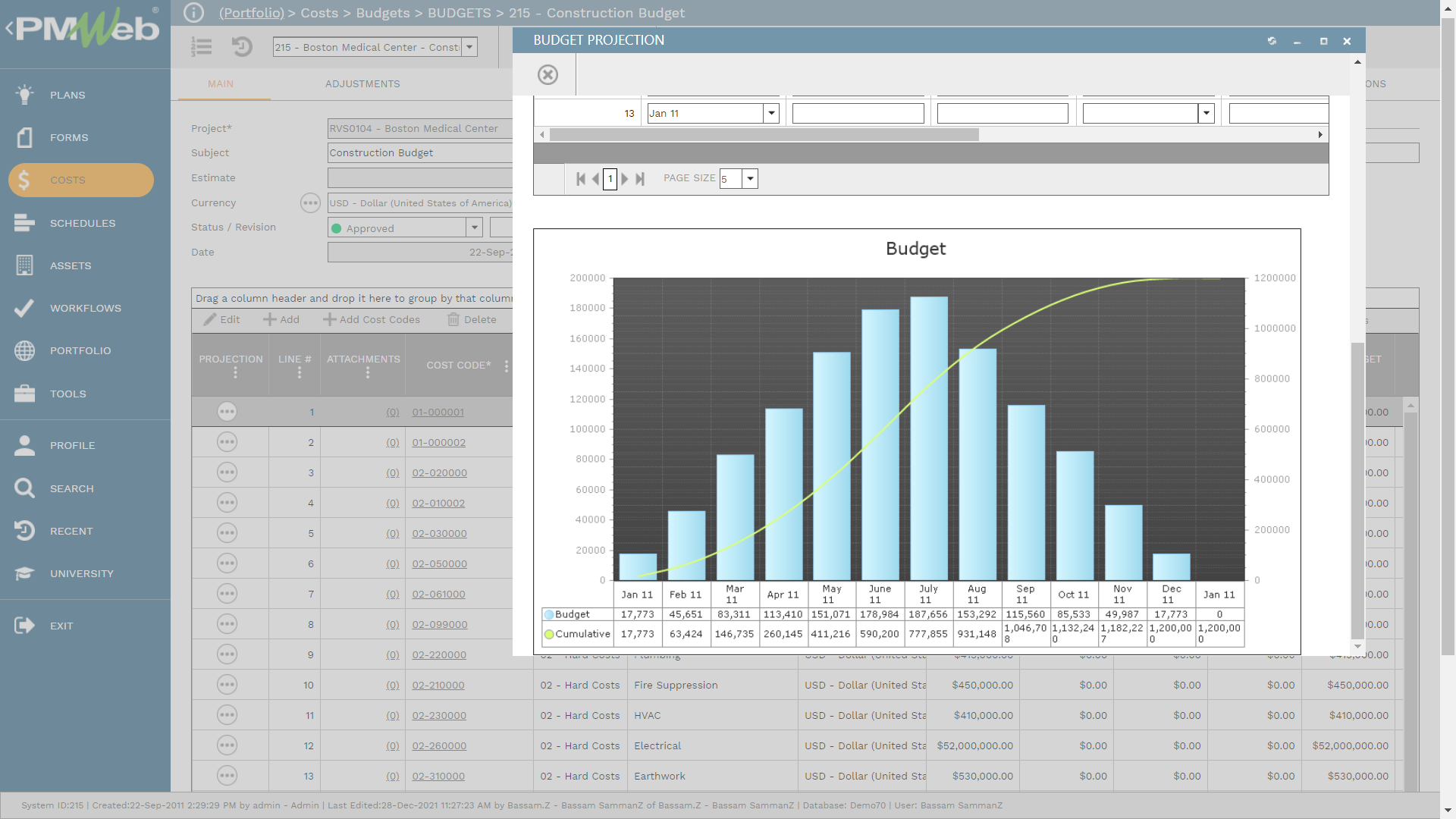 For earned value management (EVM) reporting, the value of each budget line item is also known as the Budget at Completion (BAC) whereas the planned value for the budget spending is known as the Planned Value (PV) or Budget Cost of Work Scheduled (BCWS). The Earned Value (EV) or Budget Cost of Work Performed (BCWP) for each budget line item will be calculated using the achieved progress percent complete value (%) for that line item multiplied by the line item’s budget value or the Budget at Completion (BAC).

As the project progresses, the project baseline budget could be subject to additions or omissions when there is a change in the project’s scope of work. In addition, budget transfers either within the same project or between different projects, if permitted, could happen. 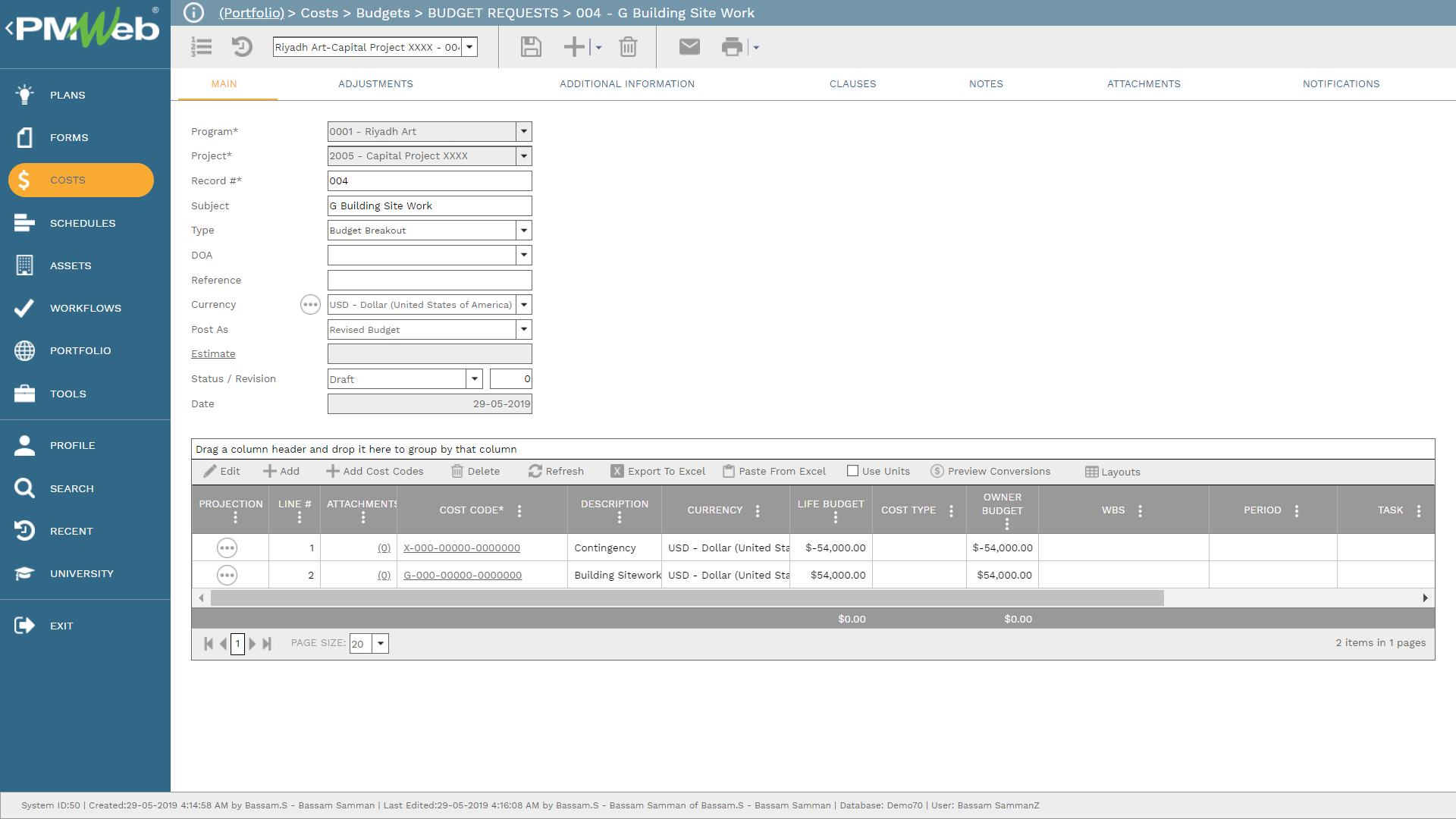 In addition to the many ready-to-use budget adjustments forms and reports that are available in PMWeb, there is no limit to the number of forms and reports that can be created to report on the project budgeting in any desired form or format. One of the ready-to-use reports is the Budget Request Analysis report which details how each budget adjustment has impacted the approved budget baseline. The report consolidates those adjustment values by the cost breakdown structure (CBS) level.

The budget performance report is one of the important reports that need to be maintained during the project to capture the details of the baseline budget and any adjustments or transfers to the baseline budget whether they were approved or pending approval. In addition, for each budget line item. the report will include the planned value (PV) at the end of the current progress period, the reported percent complete, the calculated earned value (EV), the schedule variance (SV), and the schedule performance index (SPI).  The report will also the estimate to complete (ETC) value for each budget line item. 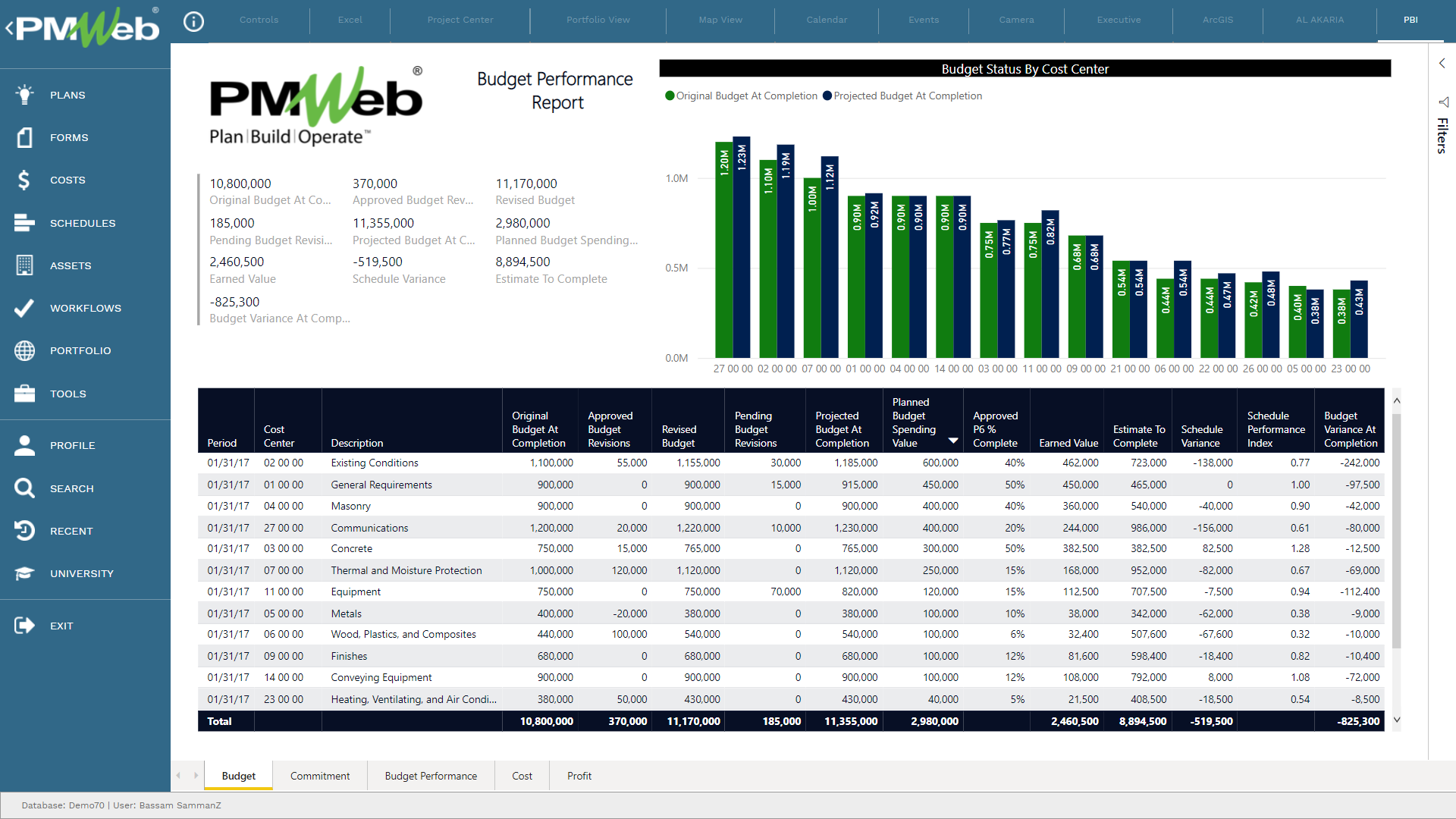