Article #381 How to Use a Project Management Information System (PMIS) to Prevent Conflicts from Escalating into Disputes on Capital Construction Projects?

Conflicts on capital construction projects are very common. Disagreements are going to arise when you have multiple parties such as owner, project management consultant, design consultant, supervision consultant, general contractors, subcontractors and suppliers working together to complete a project. These stakeholders have different interests, opinions and interpretations on how things are supposed to be done as well as what they are entitled to receive and what they are obliged to give. Those differing opinions often lead to conflicts.

For many, a construction project to be successful it should be completed within budget and on time. When conflicts arise, it can seriously threaten achieving that goal. Given the potentially adverse ramifications of conflict becoming a claim that could escalate into a dispute, project stakeholders should focus on avoidance and prevention of risks that could lead to conflicts.

Avoiding conflicts require identifying the reasons that could cause conflicts so they can be prevented, mitigated or if not possible, at least be managed. The cause of conflicts is numerous and include for example improper response to request for information, delays and improper review and approvals of submittals, improper site inspections, disagreement on issued non-compliance reports, poor communications, unclear approval authority levels among others.

Using a Project Management Information System (PMIS) like PMWeb can help in treating the risks that could lead to conflicts. To start with, PMWeb allows having an input form to capture the details of every type of project management process or communication. Many of those forms can include link to the project schedule activity that could be impacted if a response is not given by the due date which is usually aligned with the contract agreement requirements. This will enable the team responsible for the review process to have all needed details to approve or reject the process. 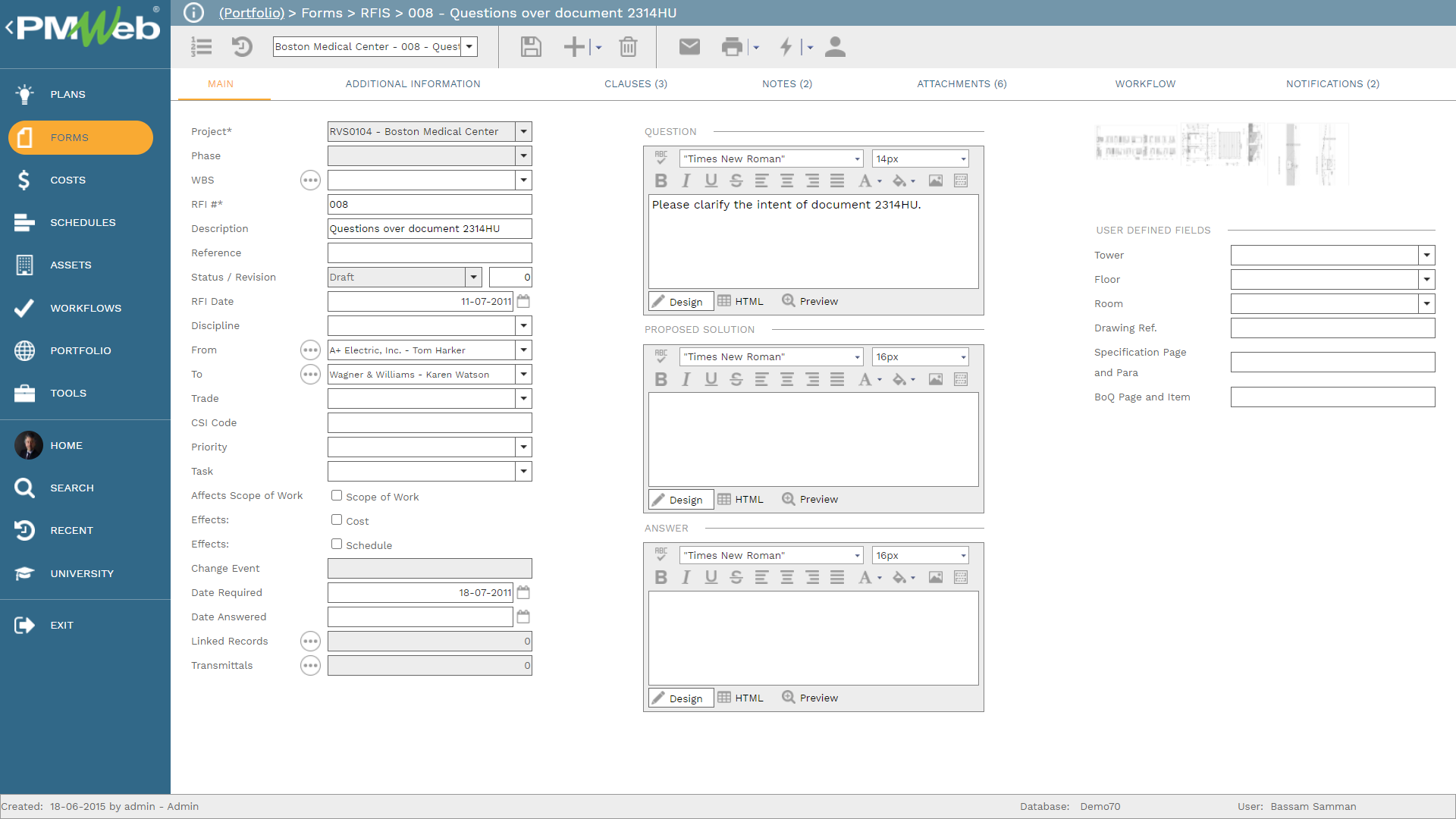 In addition, for processes that requires taking actions that are aligned with the project’s specifications or contract requirements, the input form will include a list of items that the review process should adhere to. Those could include the form for technical submittal reviews, site work inspection requests, non-compliance reports among others. PMWeb custom form builder will be used to create those input forms. 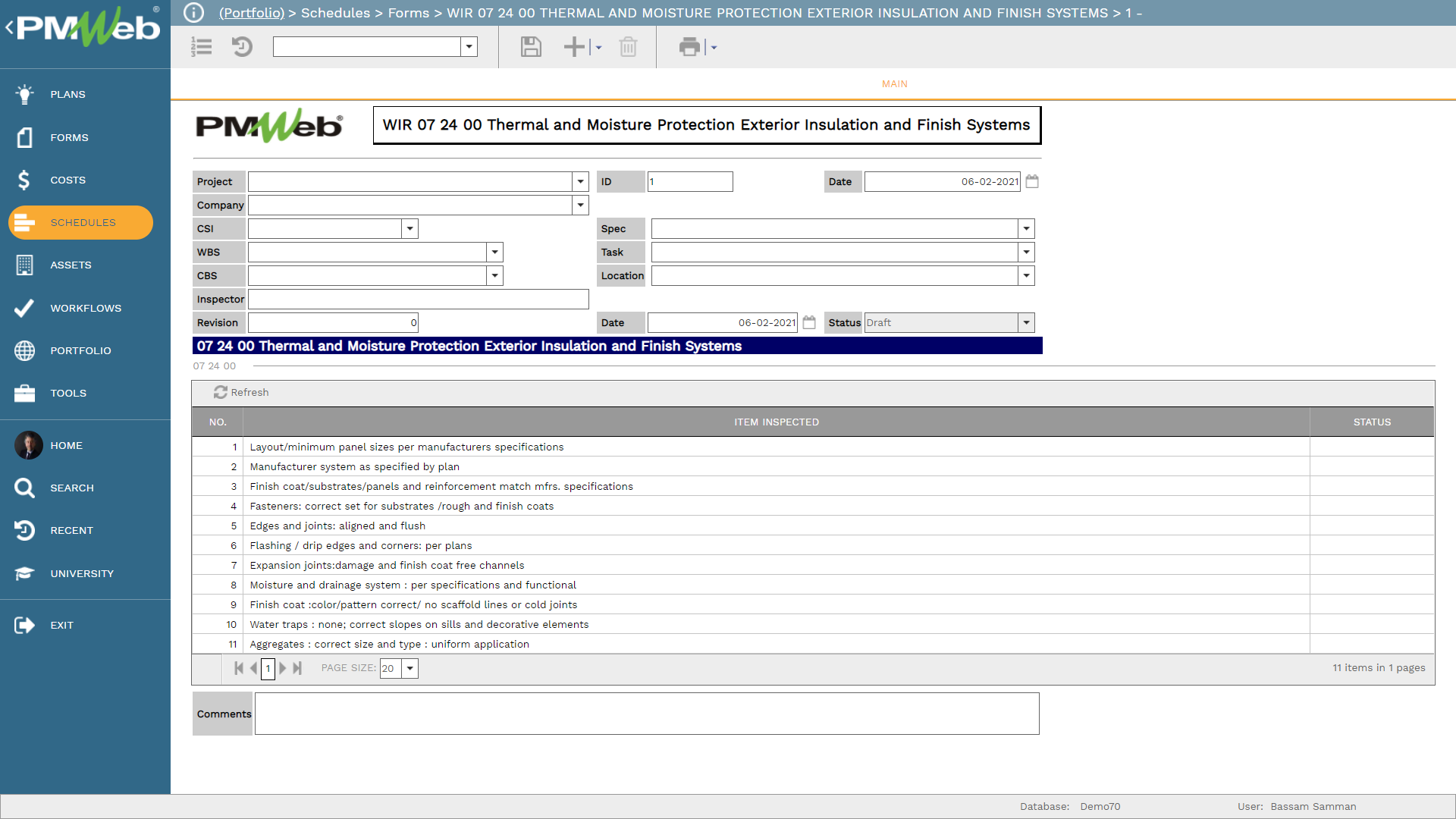 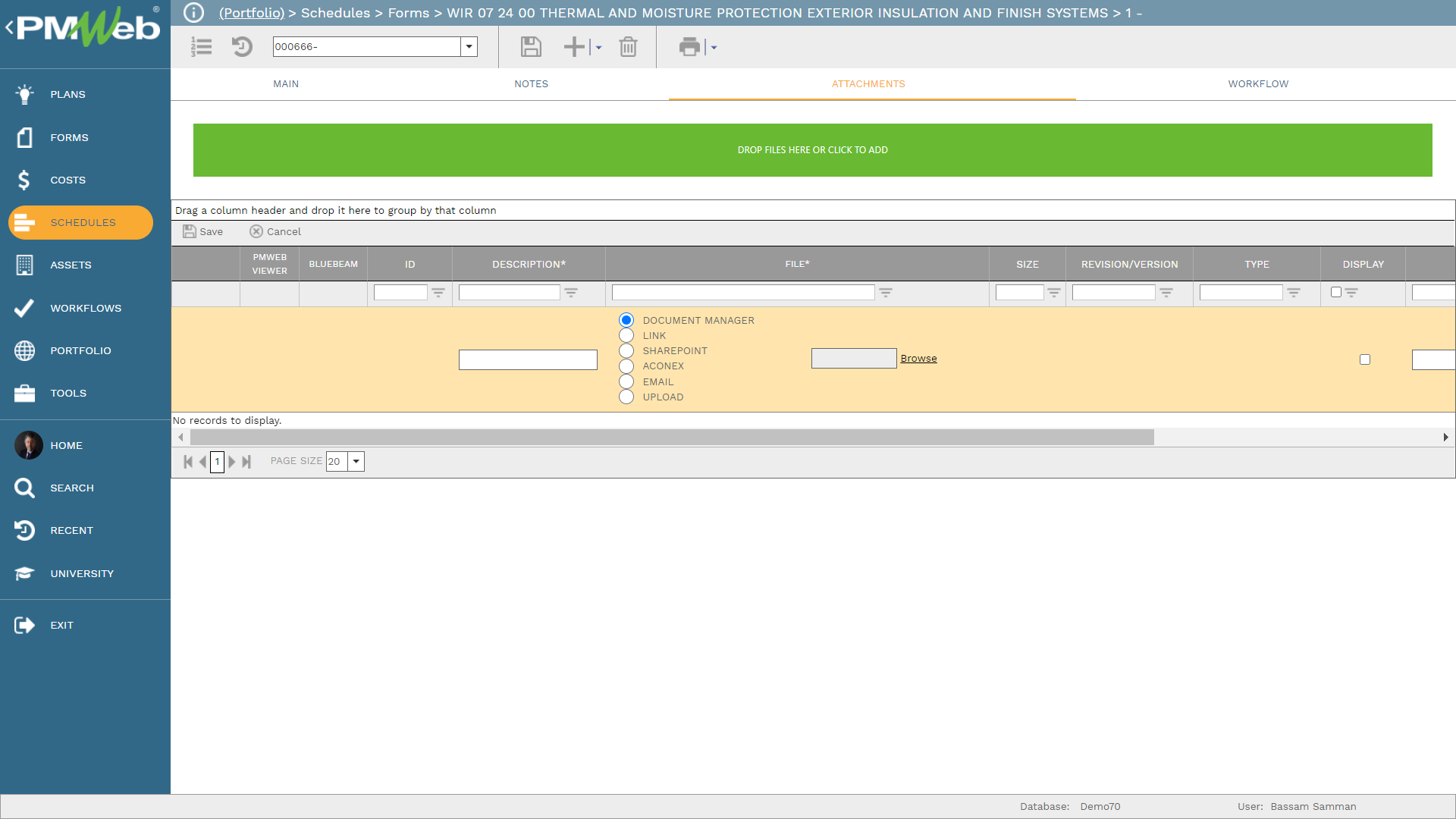 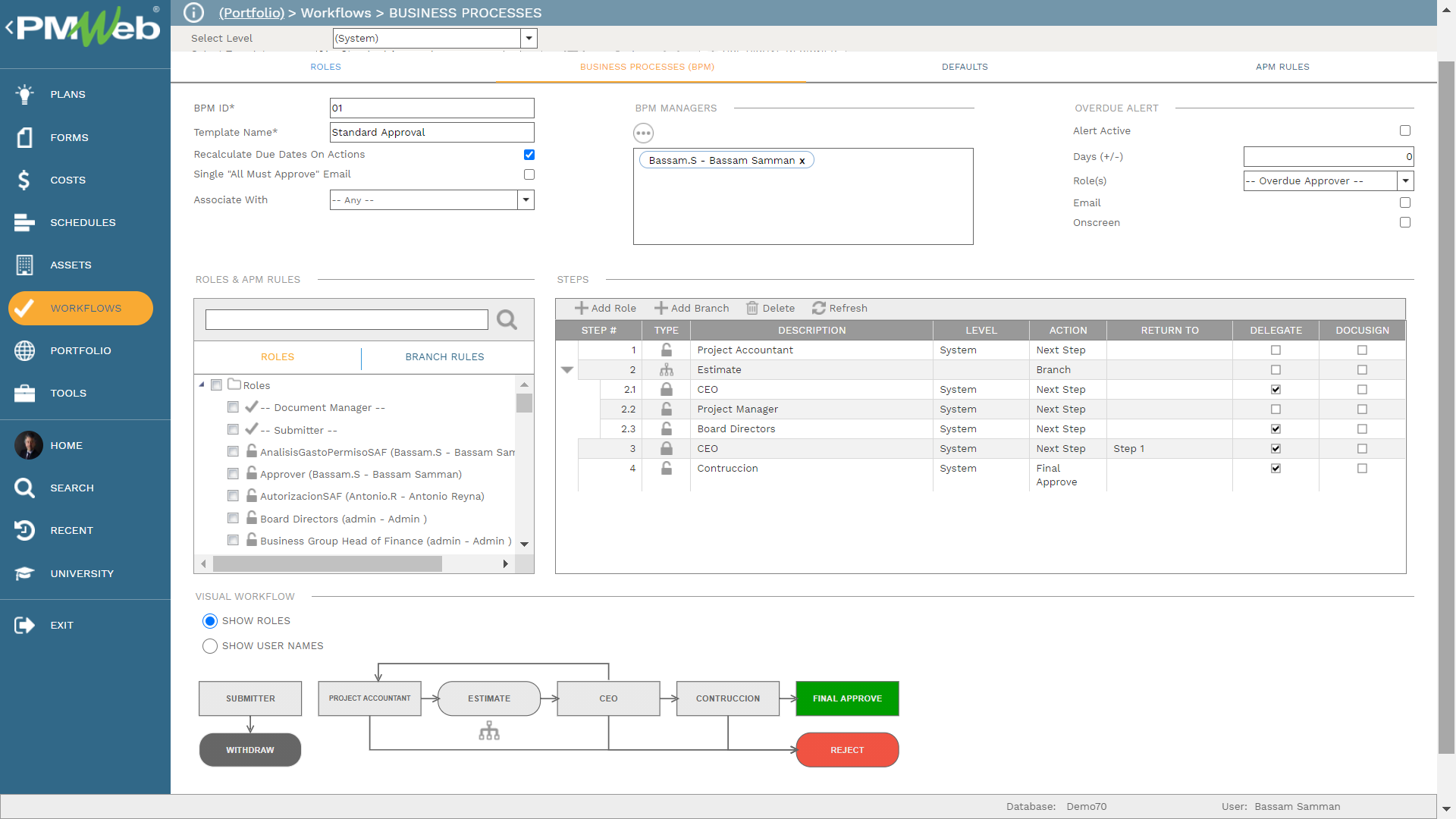 Having access to trust-worthy, real-time and traceable data for all project management processes including those for daily reports, progress invoices, monthly updated schedules among others ensures an objective and unbiased information when it comes to verifying and quantifying progress percentages, work in place, resources deployed among others. PMWeb modules for daily reports, meeting minutes, progress invoices and imported schedules are examples of the many modules that can be used to capture data to provide project parties with the information needed to resolve a conflict, a claim or even a dispute. 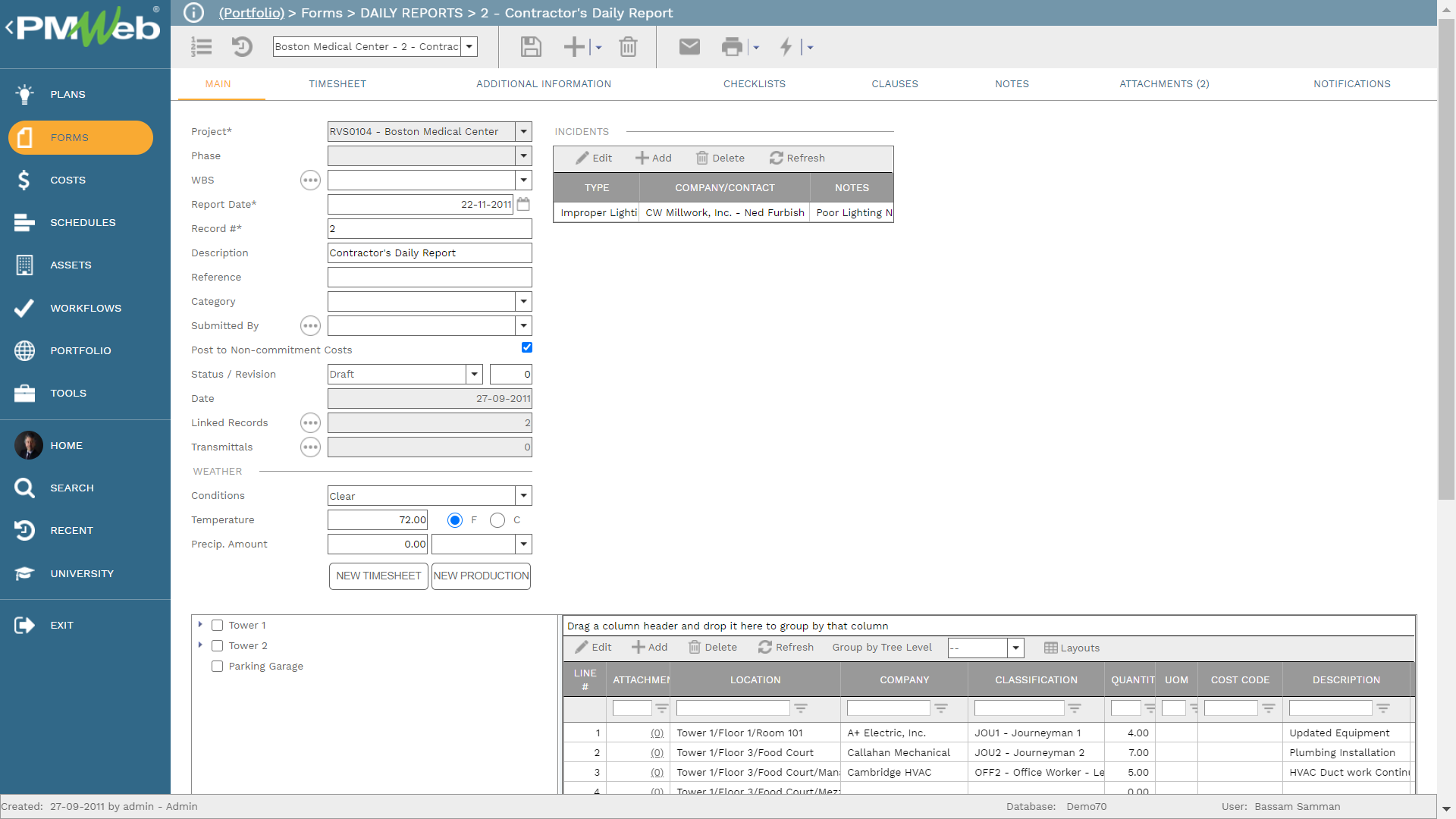 In case a conflict does occur, having the information for all project management processes captured in PMWeb single data source, makes searching and locating records that could be needed to resolve a conflict, claim or dispute a quick and easy solution to have. PMWeb issues module allows searching and grouping all PMWeb records that might contain the key words selected in the search function. 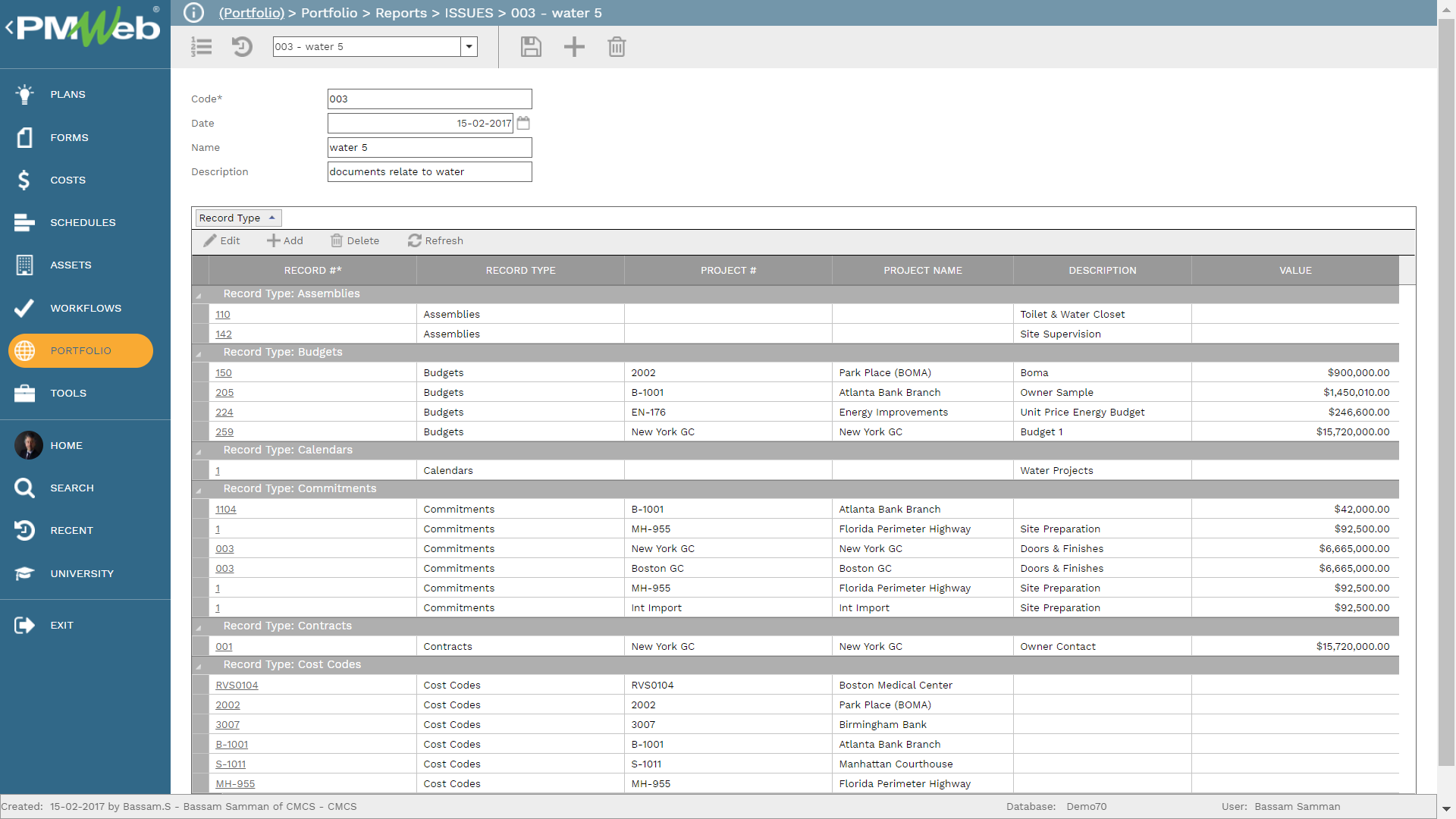 For conflicts that cannot be resolved and for which they might evolve into claims, PMWeb custom form builder can be used to create a “Construction Claim Form”. The form is designed to avoid escalating the unresolved conflict, or claim, into a dispute. To reduce the possibility of conflicts in resolving the claim, the form will include a checklist to detail the entitlement to the contractor’s claim event under the contract agreement used on the project. For example, for the form displayed below, the entitlement was based on the FIDIC Red Book “1999”. 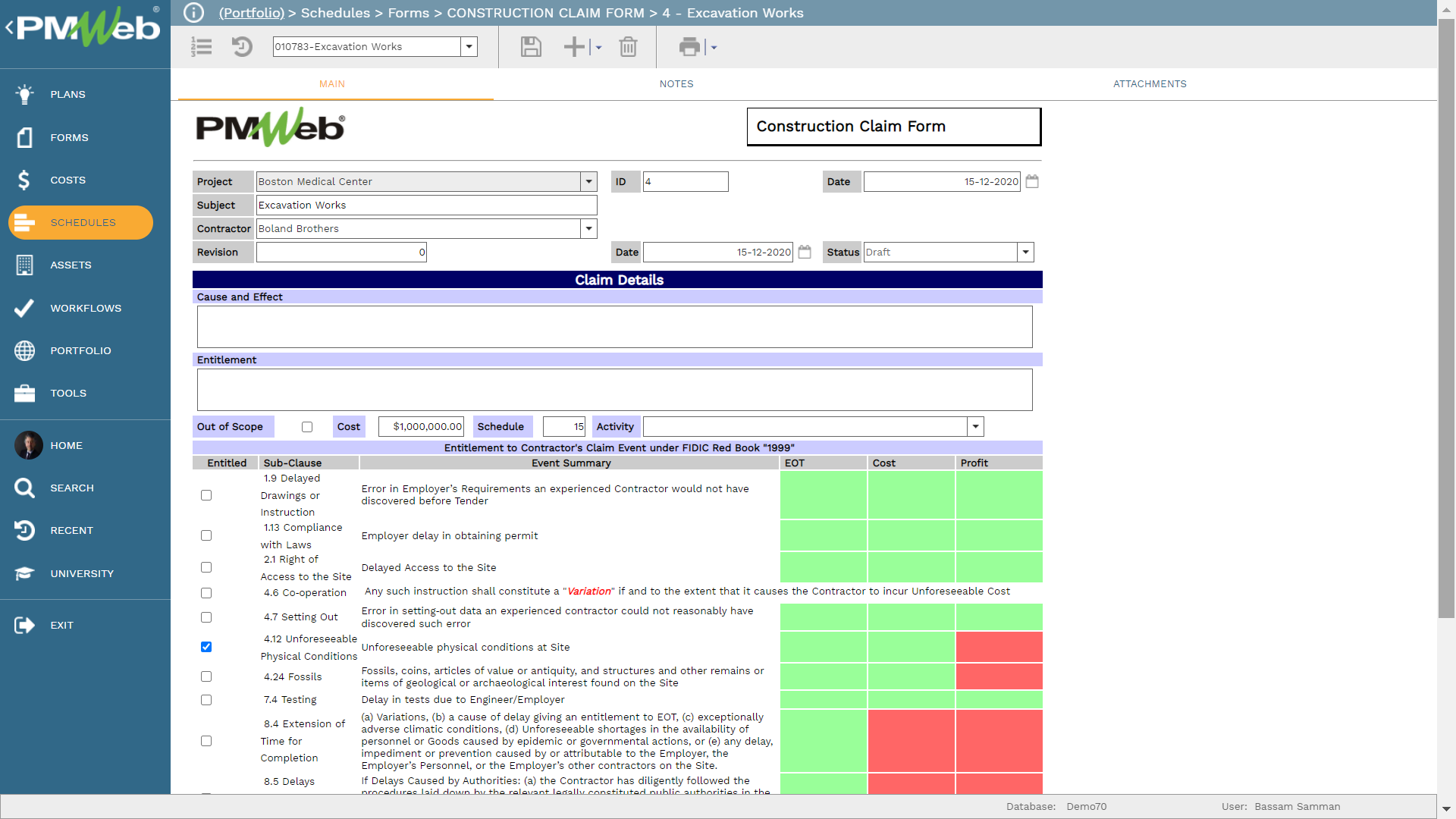