Article #293 What Are the Construction Project Documentation that You Need to Have to Help Your Construction Claims Dance the Way you Want them to Dance? 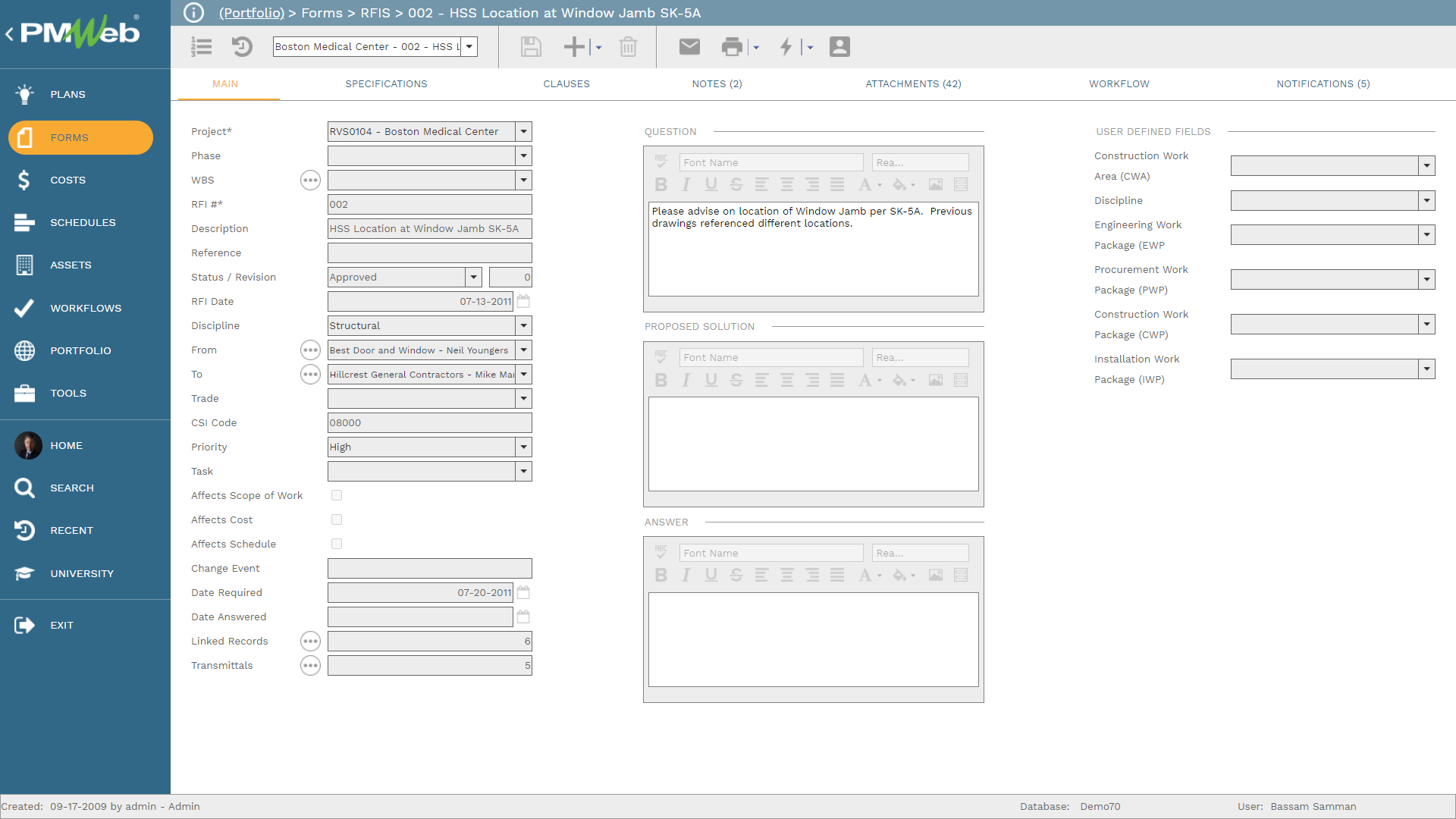 My first exposure to construction claims was back in 1982 when I was doing my post graduate studies in Construction Management at the George Washington University (GWU), Washington DC, USA. During that period, I used to do Arabic translation services for one of the world’s largest and leading construction claims firms who was doing claims in Saudi Arabia and other parts in the Middle East. Of course, those were the days before personal computers, internet, Primavera, visual presentation tools among many other technologies that are readily available nowadays. During those old good days, the preparation of construction claims was almost all done using manual effort. During that period, I was blessed to work with one of the top-notch claim consultants who always used to tell me that one of the secrets for winning claims is having the needed documentation. He told me that having the right documentation will enable you to have the claim dance the way you wanted to dance. This is very much true as the decision to award or reject a claim is mainly done by those individuals who were never part of the project or the events that led to those claims. Their decision to award or reject a claim will largely depend on what will be presented for them along with the supportive exhibits when needed.

Although there are many types of construction claims that could arise on capital construction projects but the most common ones are the claims for delay, variation, disruption, constructive acceleration, delayed payments and loss of opportunity. The minimum documentation needed for those claim types are project communication records, project schedules, daily reports and progress invoices. Project communications will include correspondence, meeting minutes, site instructions, submittals, RFIs, claim notices, non-compliance reports among many others.

Something that we missed to have in 1982 and we never expected that it could become available one day, is to have Project Management Information Systems (PMIS) like PMWeb where the completed project history of transactions, events and actions are digitally transformed and ready to be searched, analyzed and reported on. No one can appreciate that value of this digital transformation unless you have been through the task for manually searching for all relevant project documents for each specific claim topic. By the way, this was my next claim preparation exposure in 1983 where I used to be given the list of claims headings, words that I need to look for, stickers and a yellow marker to search the tens of thousands of project’s records and documents to locate those communications.

To start with, PMWeb allows creating all construction project records from the implemented project management processes. Many of those processes come ready out of the box with PMWeb. Those include for example, Request for Information, Meeting Minutes, Safety Incidents, Submittals, Transmittals, Punch List among others. For each one of those processes, PMWeb also provides ready to use output forms and reports with the option to customize those forms and reports for each process. The metadata captured in those processes are fully searchable.

In addition, PMWeb allows creating unlimited custom forms for processes that are either not readily available in PMWeb or when the organization wants to create their own input forms for existing processes. Examples of custom forms will usually include claim notice, site work instruction, confirmation of verbal instruction, non-compliance report, work inspection request, gate passes, permits to work among many others. 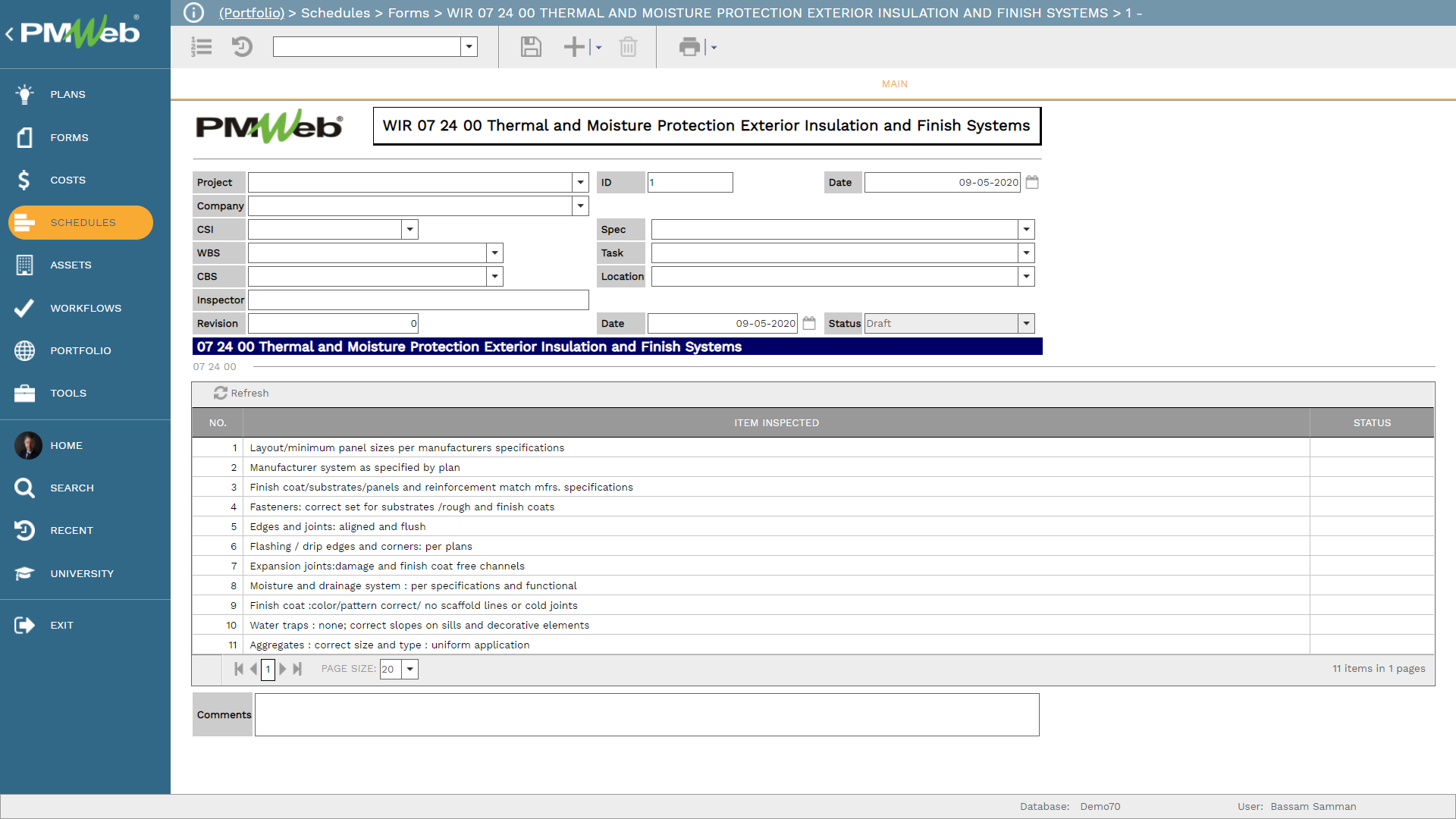 Regardless if PMWeb ready to use processes or custom-built processes were used or not, PMWeb also comes ready with its own document management repository that allows uploading all types of projects documents. Those uploaded documents can be searched by file name or the content of searchable file. PMWeb allows creating folders and subfolders to exactly match the physical filing system used on construction sites. Access rights and permission can be assigned to each folder or subfolder with the option to subscribe to those folders to get notified of document uploads, downloads, changes among others. 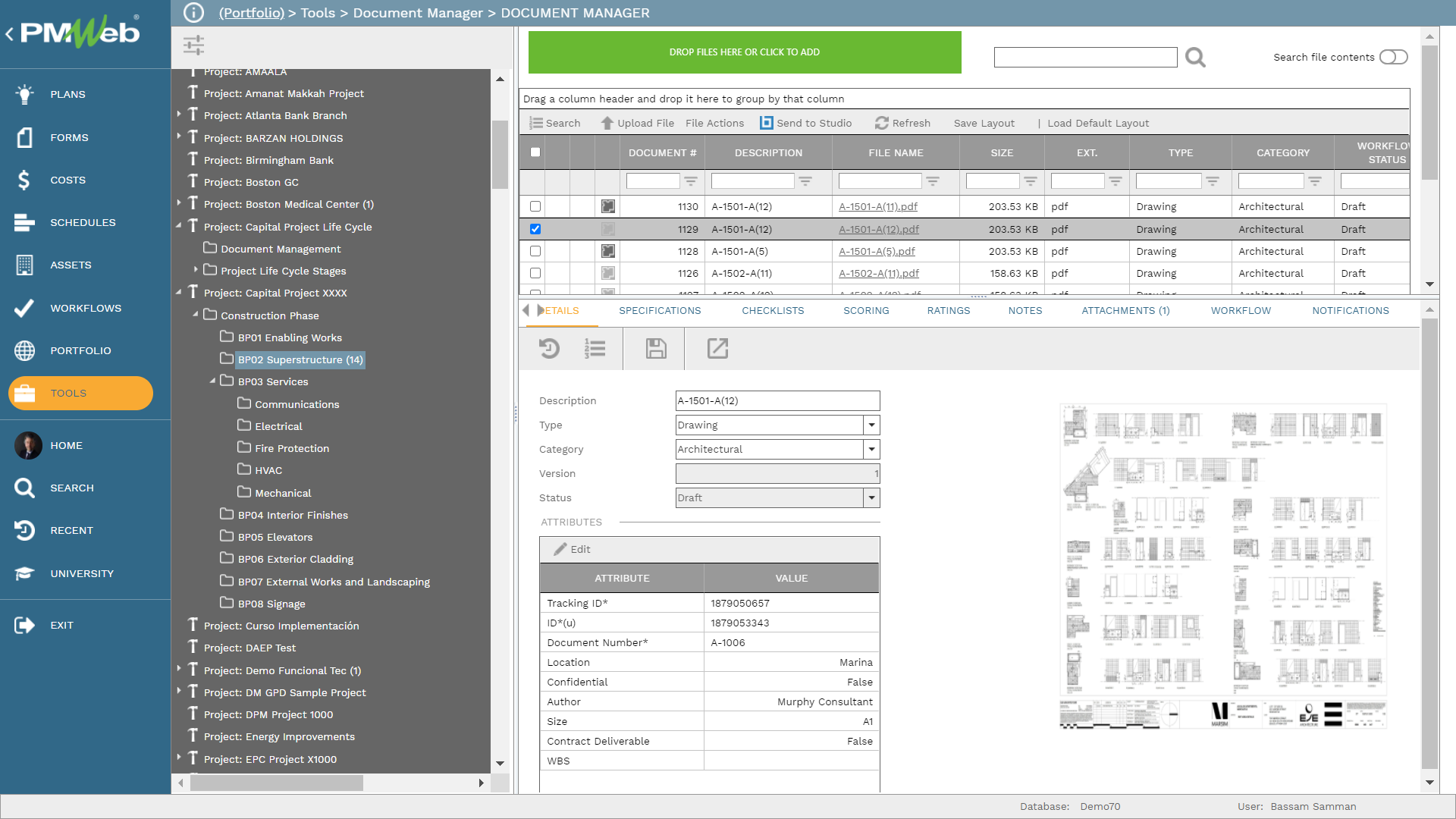 PMWeb scheduling module allows maintaining records of all project schedules including baseline, revisions and updates. Although project schedules can be created in PMWeb but the common practice on construction projects is to import those schedules from Primavera P6 or MS Project. This will enable PMWeb to compare those schedules and identify dates and float changes between those schedules. In addition, the activities of the current schedule can be linked to many PMWeb processes that are driven by the project schedule. Those include for example submittals, RFIs, meeting minutes, daily reports, timesheets, progress invoices among others. 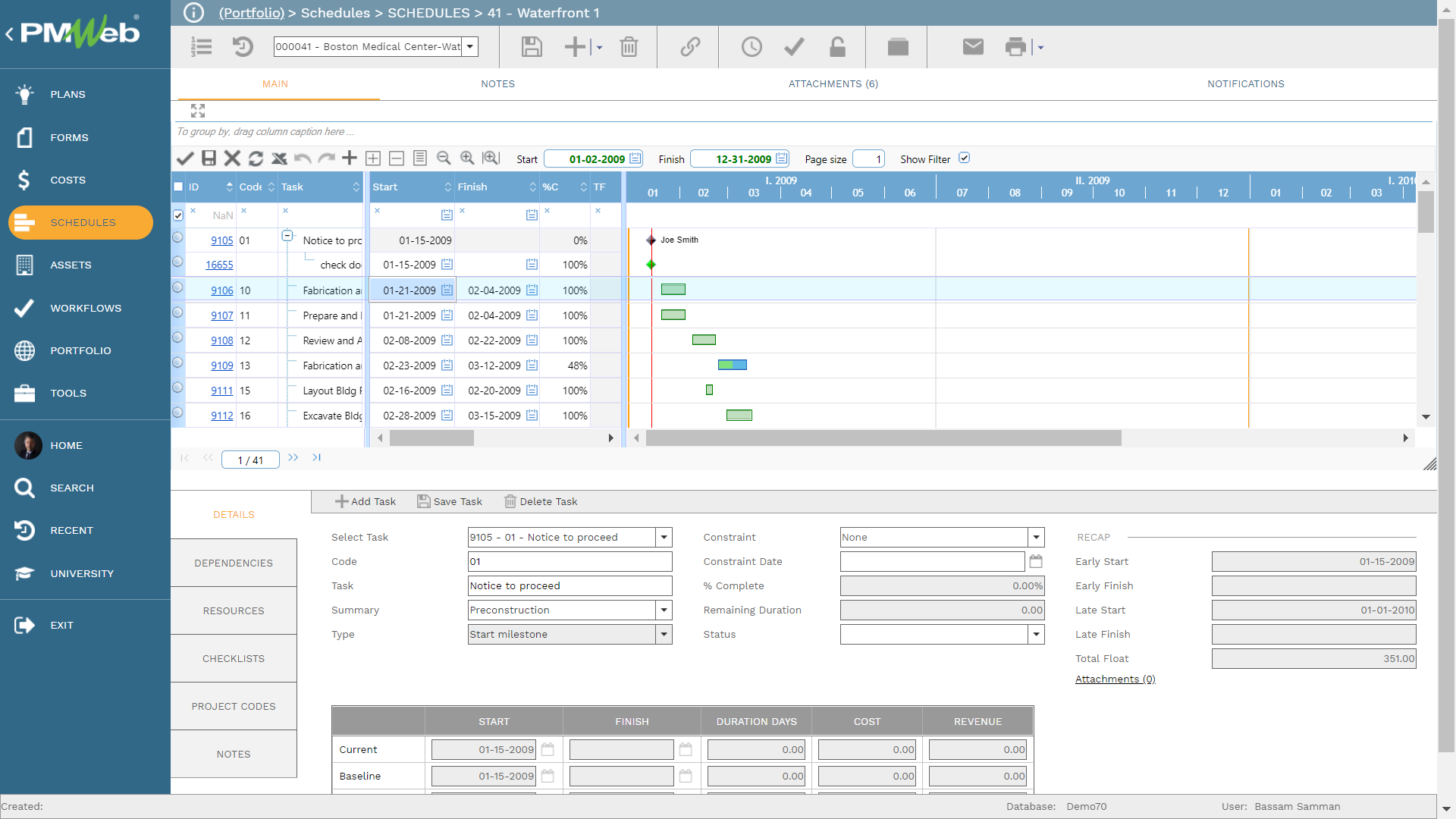 PMWeb daily report module is the only logical and meaningful process to ensure the formal communication of daily events, progress achieved and resources deployed. PMWeb allows every project engineer or site superintended to complete his/her daily report listing all completed works, disruption events and other important events that could have occurred during the day. In addition, it allows capturing the actual working hours for each labor and equipment resource including idle resources. Those events, completed works and resources will be linked to their relevant project schedule activity. Pictures, videos and other supportive documents can be uploaded to the daily report. All this information will become available to be reported on for any period or event. 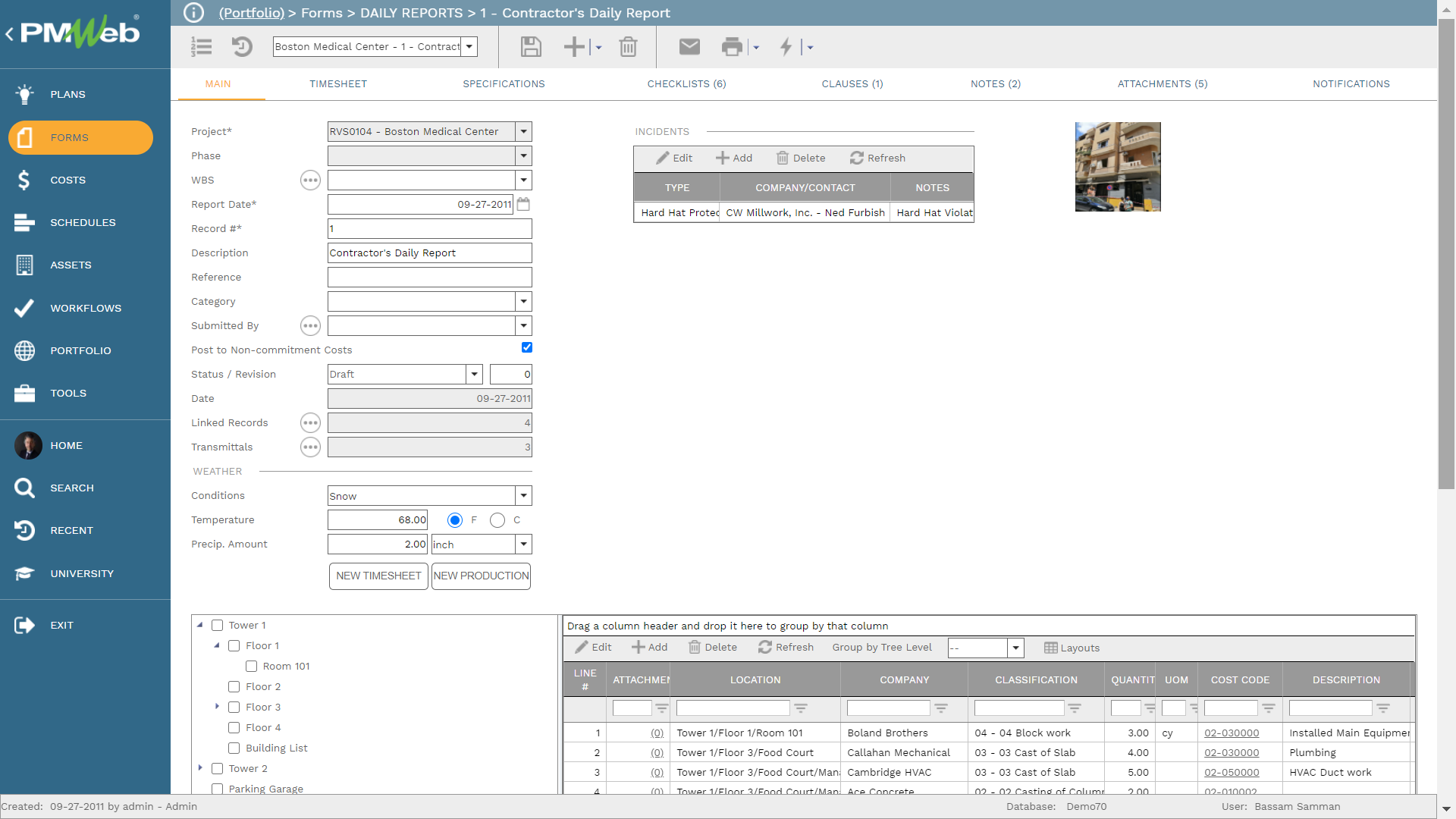 Finally, PMWeb allows capturing all details of each contract being executed on the project. Those could include the contract agreements between the Project Owner and design consultant, project management consultant, supervision consultant, Prime Contractors among others. In addition, they can include all contract agreements between the Prime Contractor and subcontractors, suppliers, vendors including internal company contracts like for example the contracts with the Plant Department, Batching Plant among others. For each contract agreement, PMWeb allows capturing potential, pending, approved, rejected and disputed change orders, interim progress invoices for work in place, and actual payments details whether received or paid.