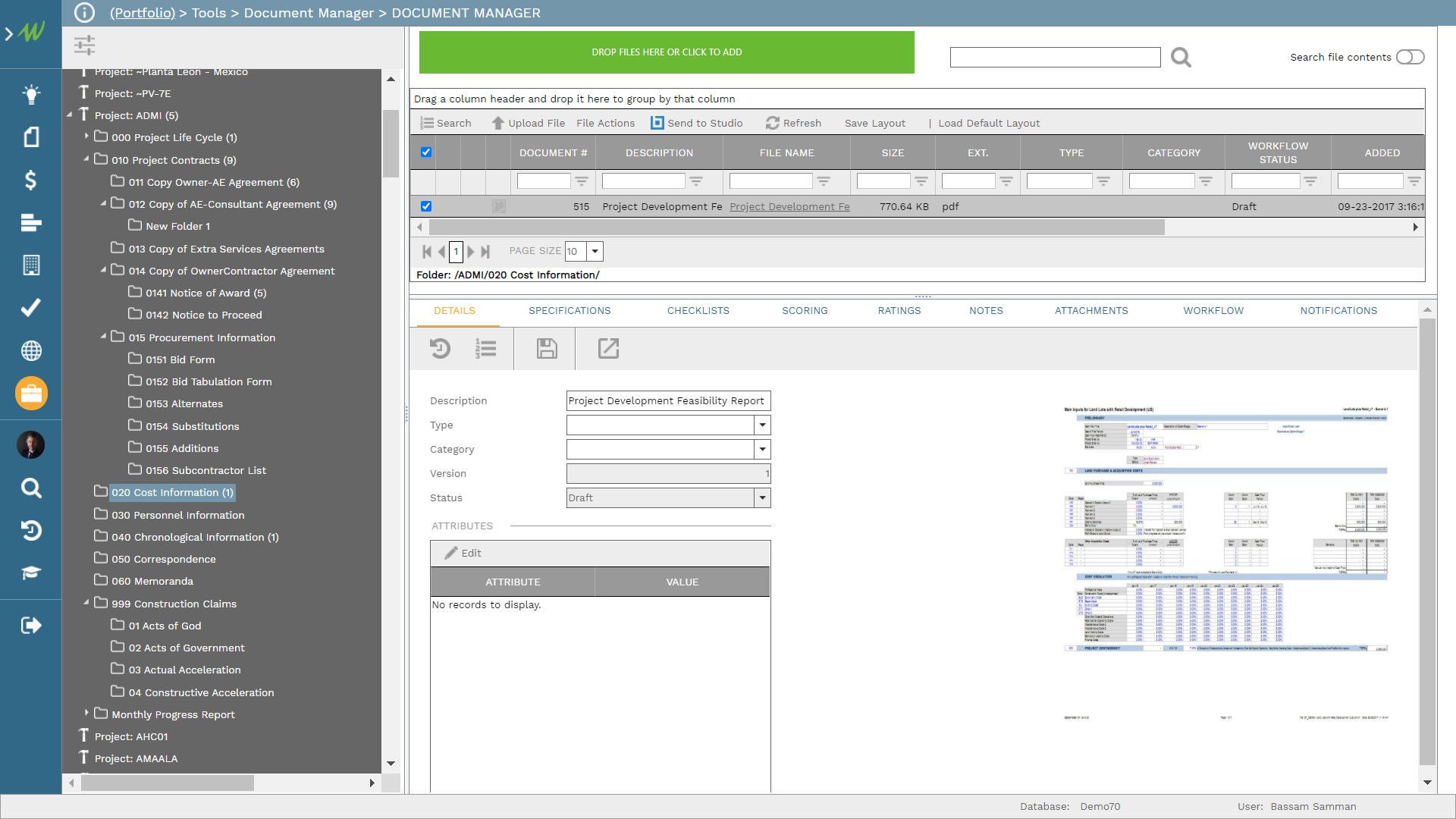 Financial losses during the implementation of capital construction projects arising from fraudulent activities can reach up to 45% of the project budget (Source: Association of Fraud Examiners, Russian Branch). In general, funds spent on capital construction projects are considered as sunk cost. A sunk cost refers to money that has already been spent and which cannot be recovered. Nevertheless, forensic audits could help project owners to identify entities and individuals who have committed the fraudulent activities to support pursuing the recovery of those lost funds.

One of the key challenges to perform successful forensic audit is the availability of data in a format that allows analyzing, identifying and reporting the fraudulent activities. As an absolute minimum, the data required for a forensic audit includes approved cost estimates, baseline budget, budget adjustments, details of invited bidders, bids analysis, awarded contract agreements, interim payment certificates (IPC) and approved and disputed change orders and related records such as request for information, site work instructions, meeting minutes among others. Of course, the outcome of the forensic audit could lead to the requirement of reviewing other project records such as substituted material and equipment, testing and commissioning inspection requests, punch lists among others.

Using a Project Management Information System (PMIS) like PMWeb, the audit will have a comprehensive ready to use solution to perform the forensic audit. PMWeb out of the box modules for document management, cost estimate, budget, budget requests, contractor qualification, bids comparison, commitments, progress invoices, miscellaneous invoices and change orders will be used to provide the ultimate forensic audit. 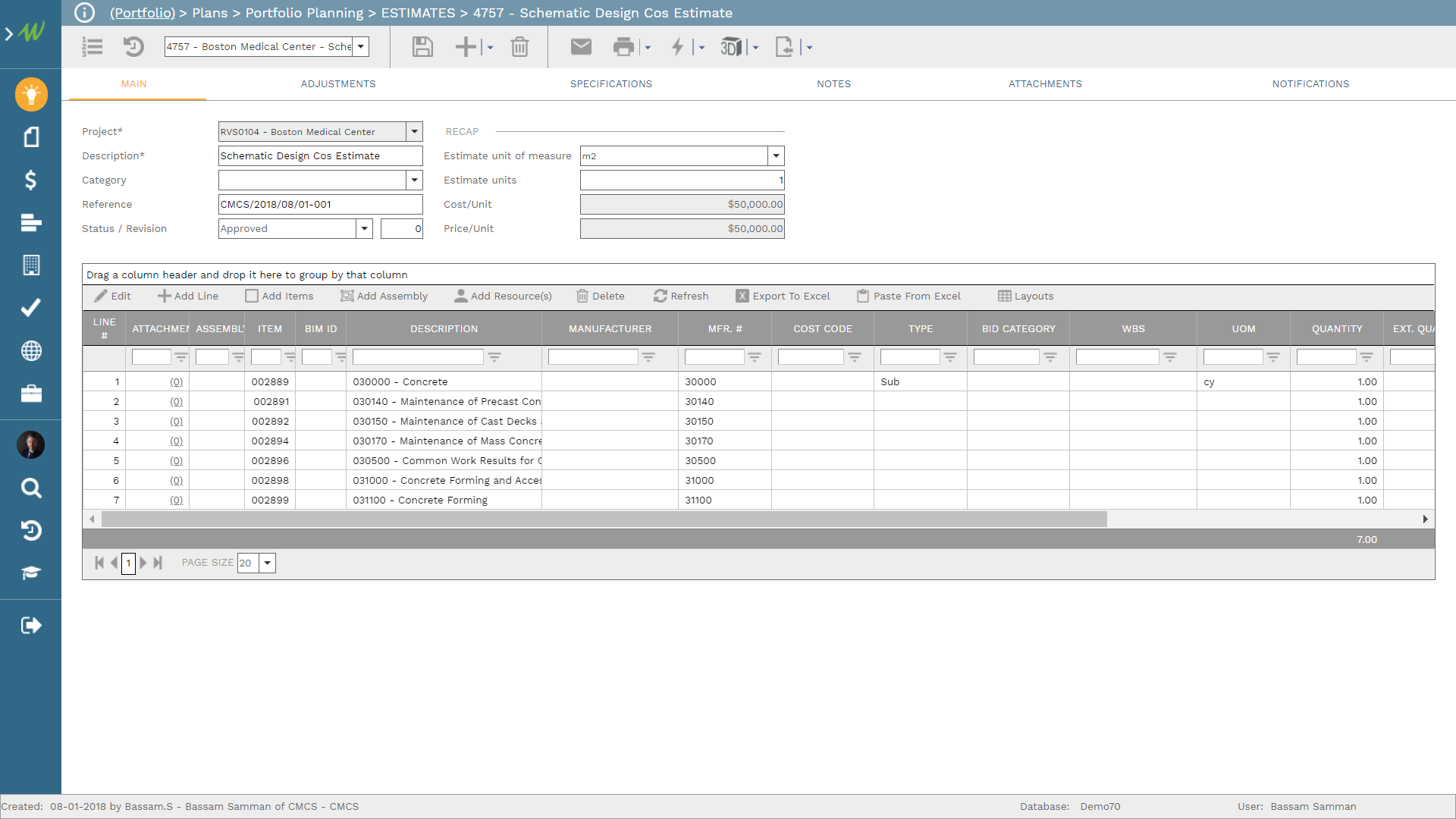 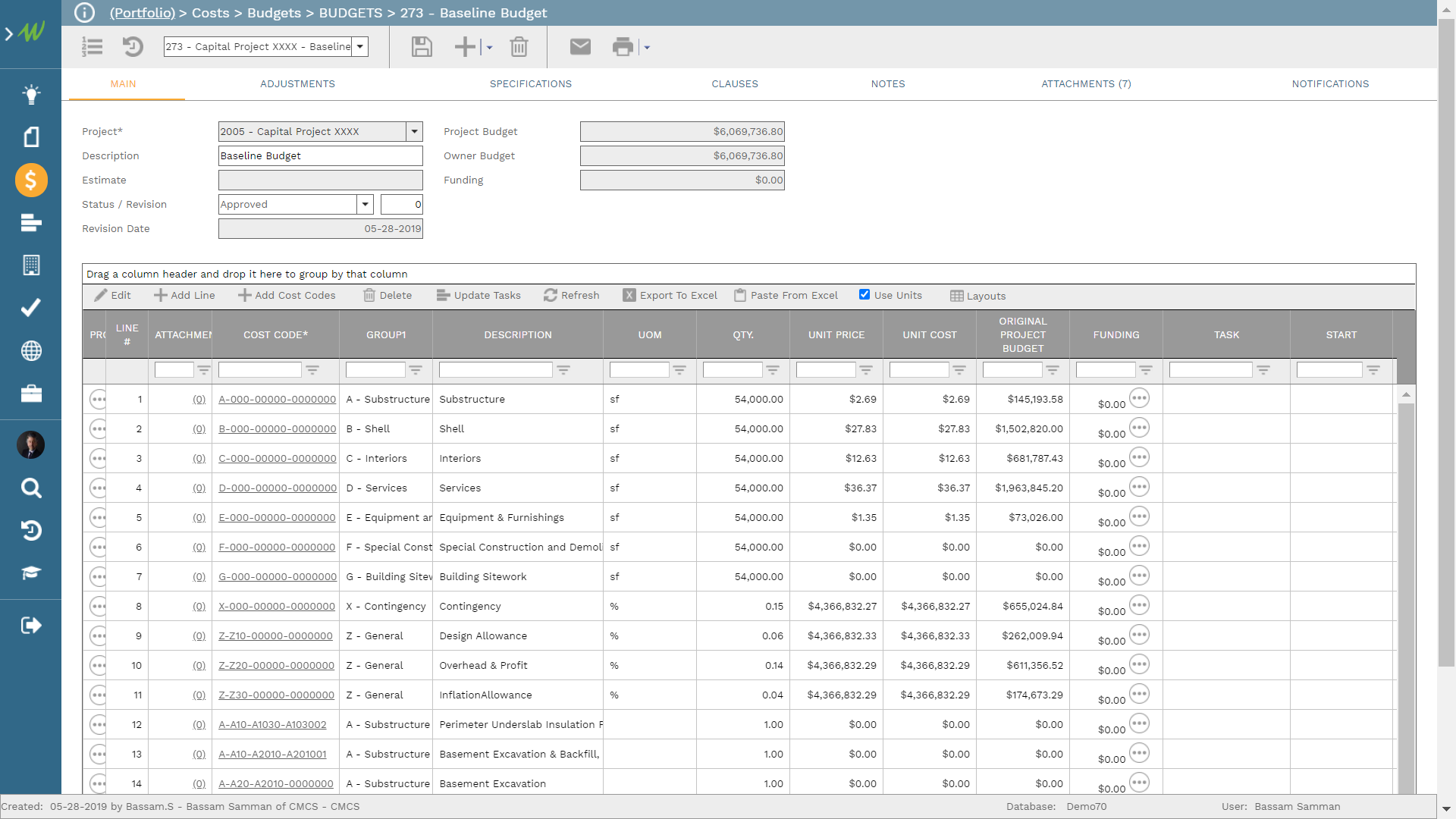 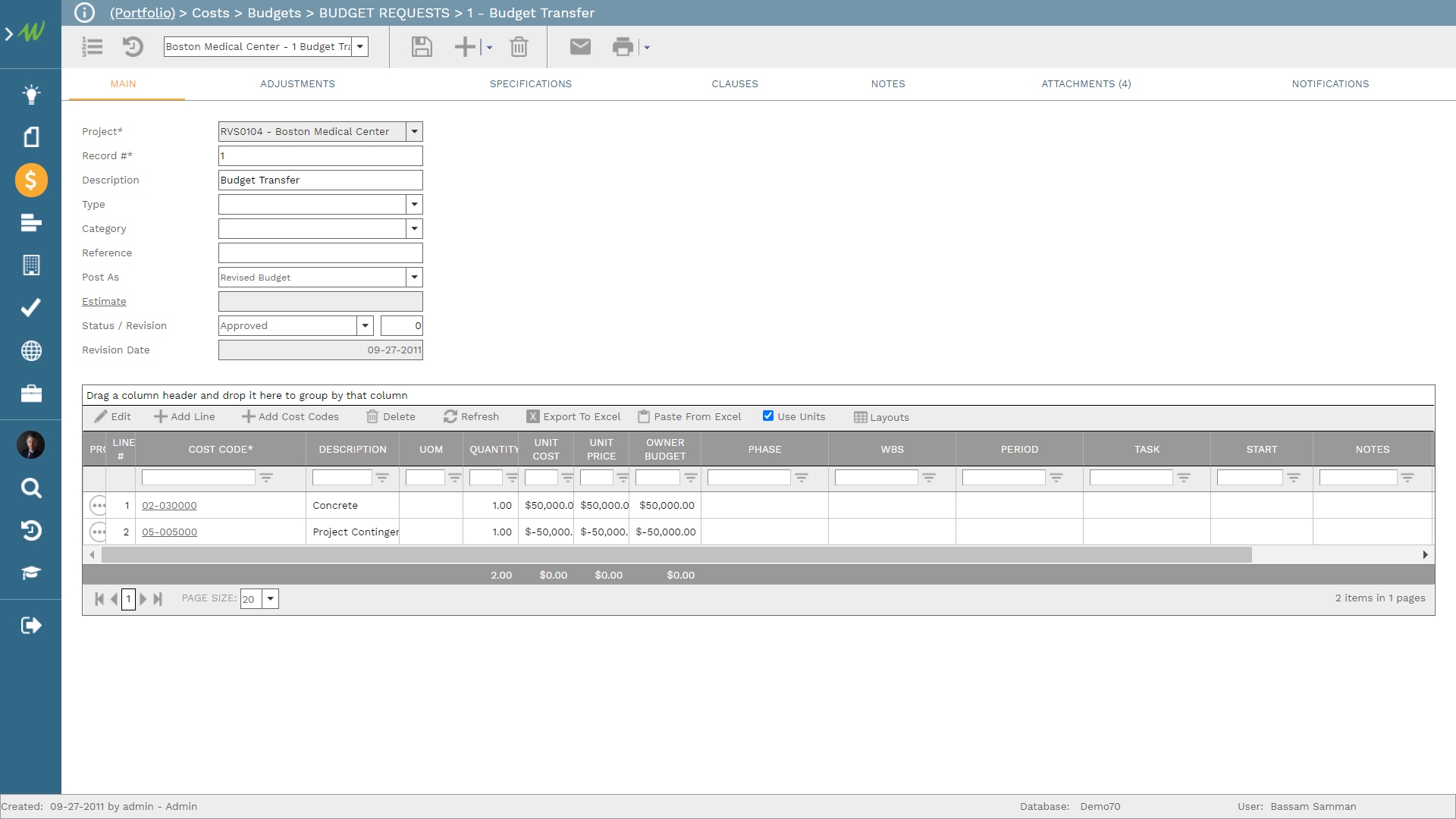 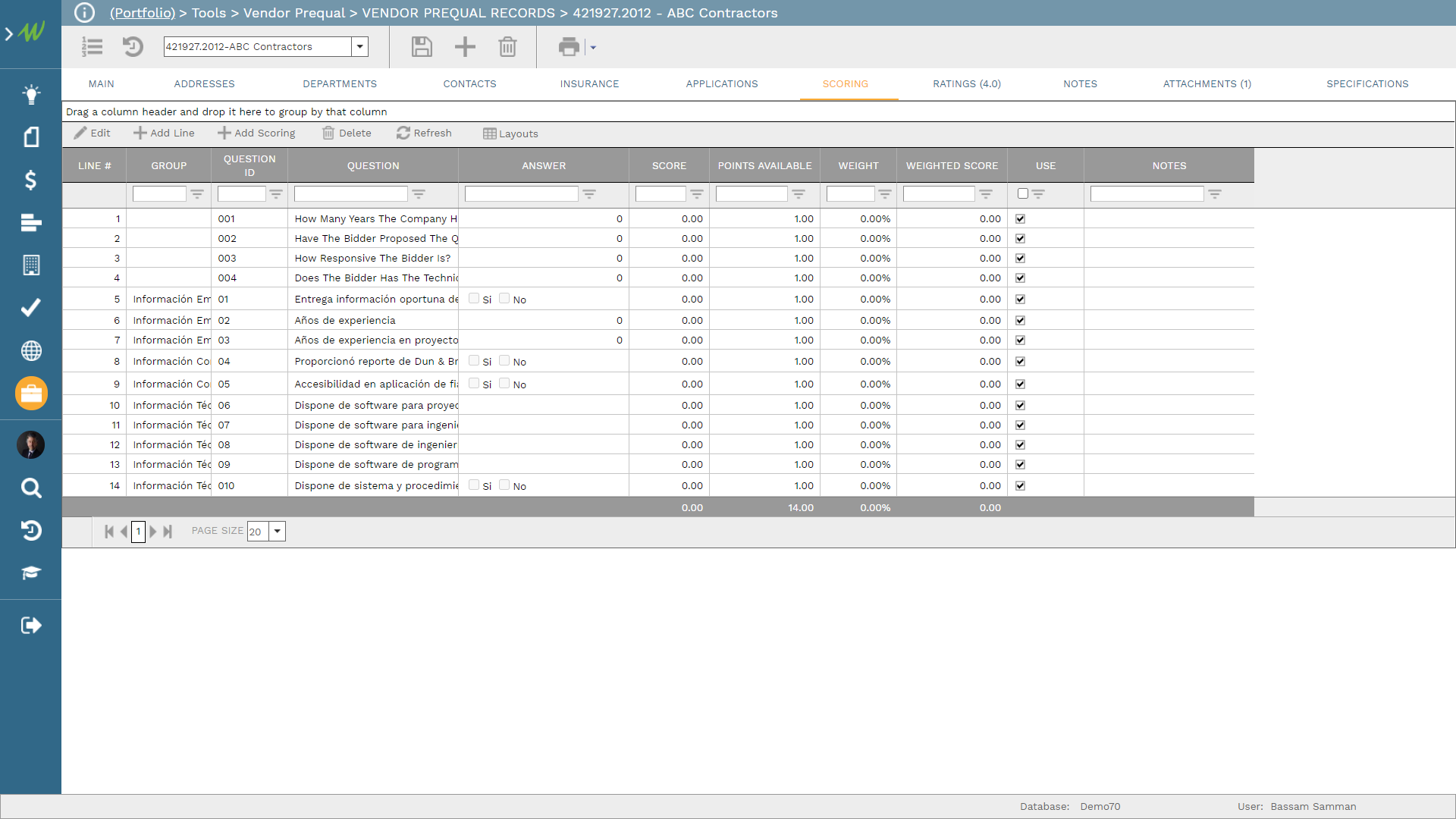 PMWeb procurement module will be used by the audit team to compare the prices received from all bidders along with the approved cost estimate established earlier. This will immediately unbalanced bid items, front loading among others. The module will also capture the details of the technical bid analysis if those were available. 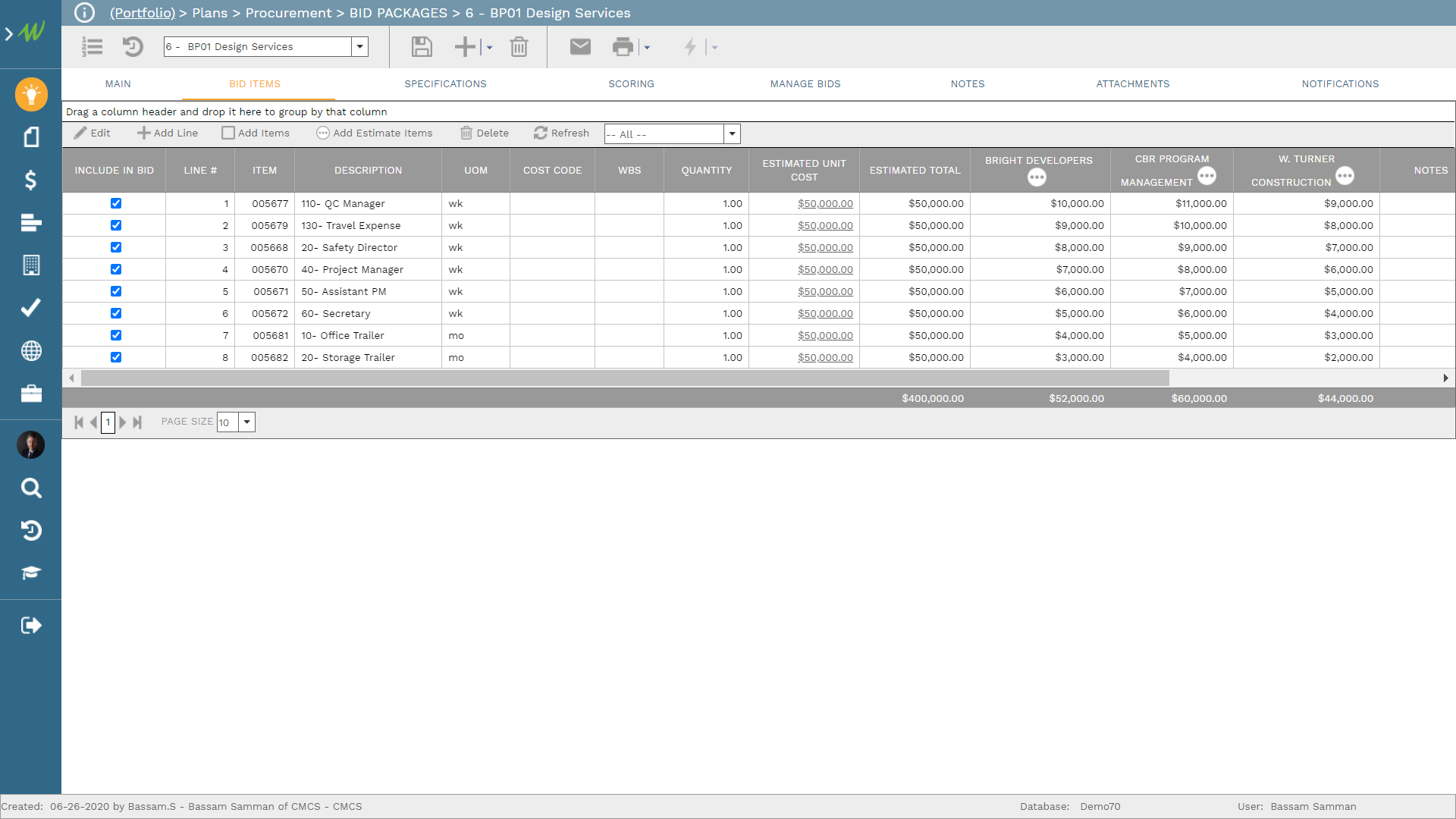 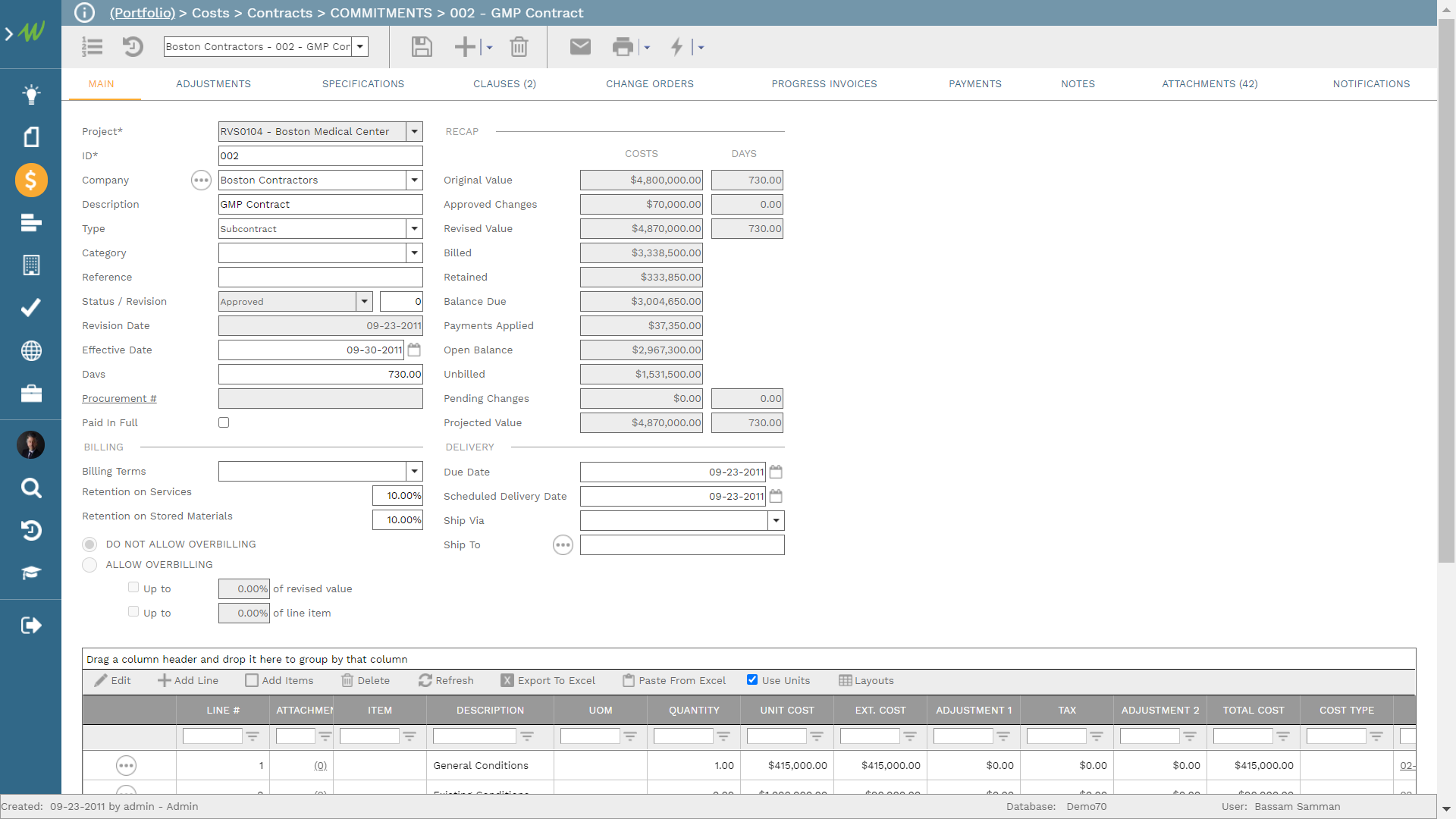 PMWeb change order module will be used by the audit team to capture the details of all approved and disputed or claims change orders. Each change order will include the bill of quantity line items affected by the change order and the time extension granted to the project’s contractual completion date if any. 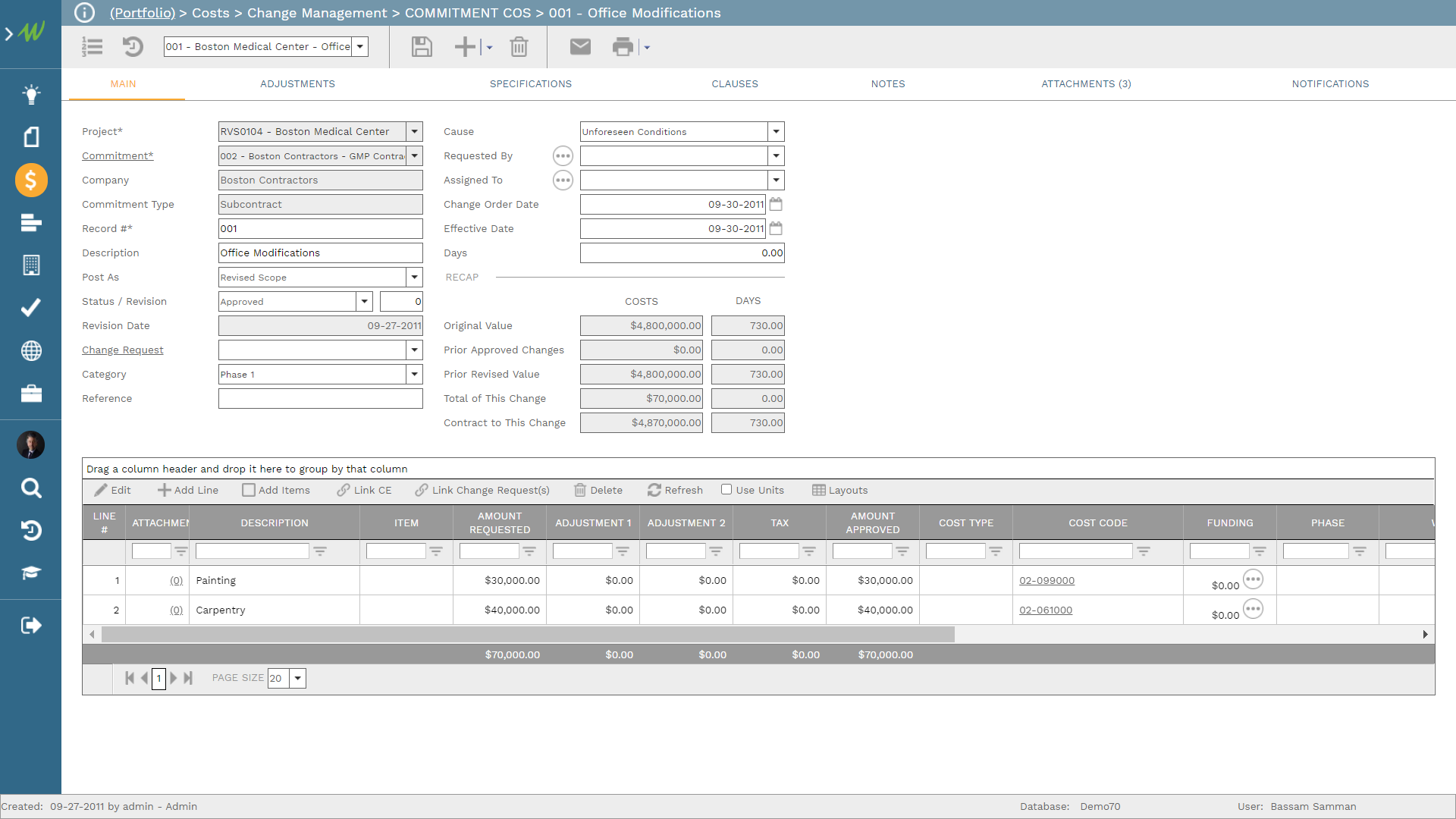 For each commitment contract, PMWeb progress invoice module will be used by the audit team to capture the details of interim payment certificate (IPC) for each period. This will include the percent complete of work in place and payment for materials delivered and stored on site. The progress invoice will be used to capture the amount actually paid, when and other relevant details. 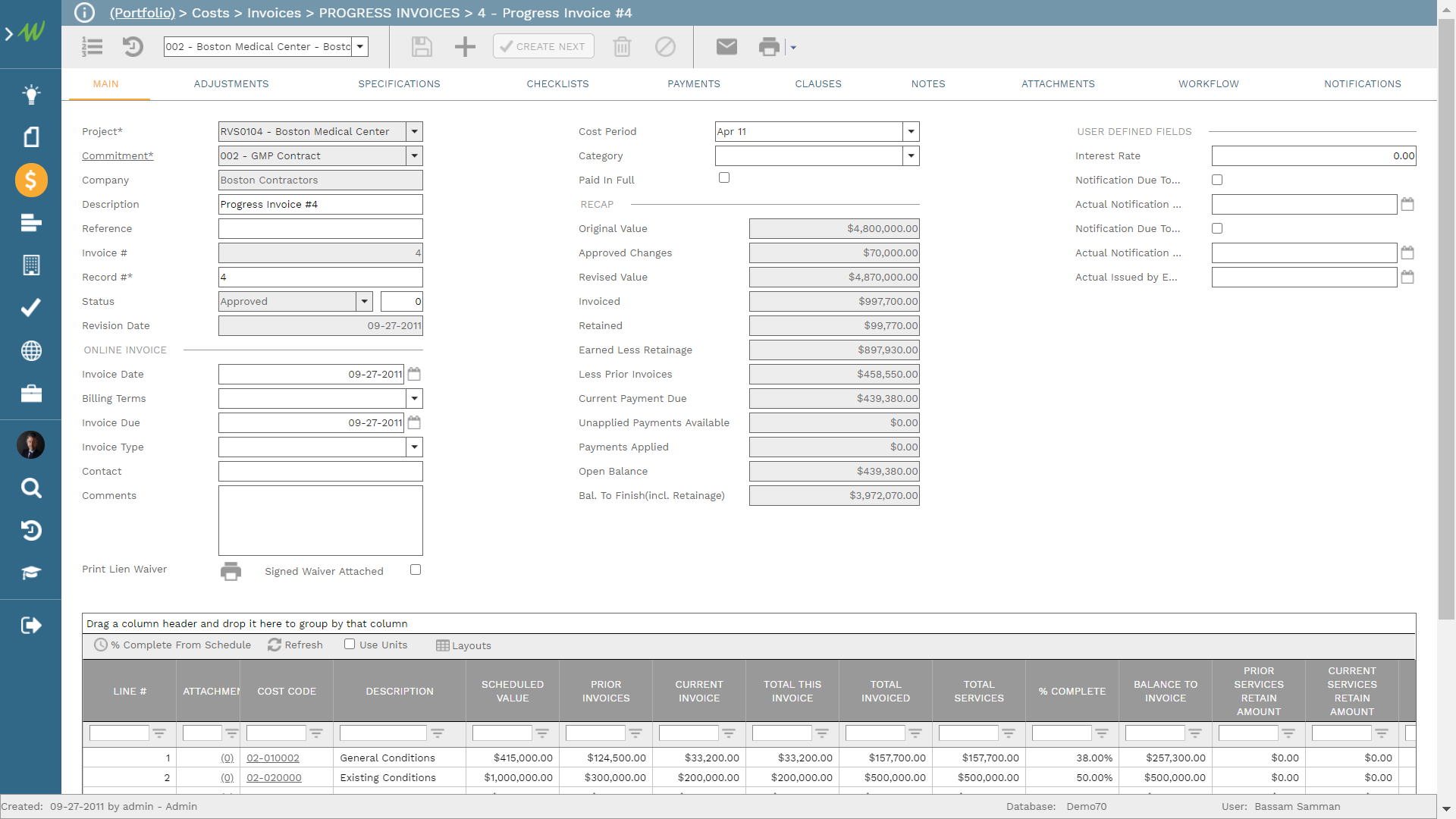 For all other non-contract related invoices, the details of those invoices will be captured in PMWeb miscellaneous invoices module by the audit team. Those could be for rental of site storage, permits and authorities fees among others. This will ensure that all incurred project’s expenses are captured and stored in PMWeb. 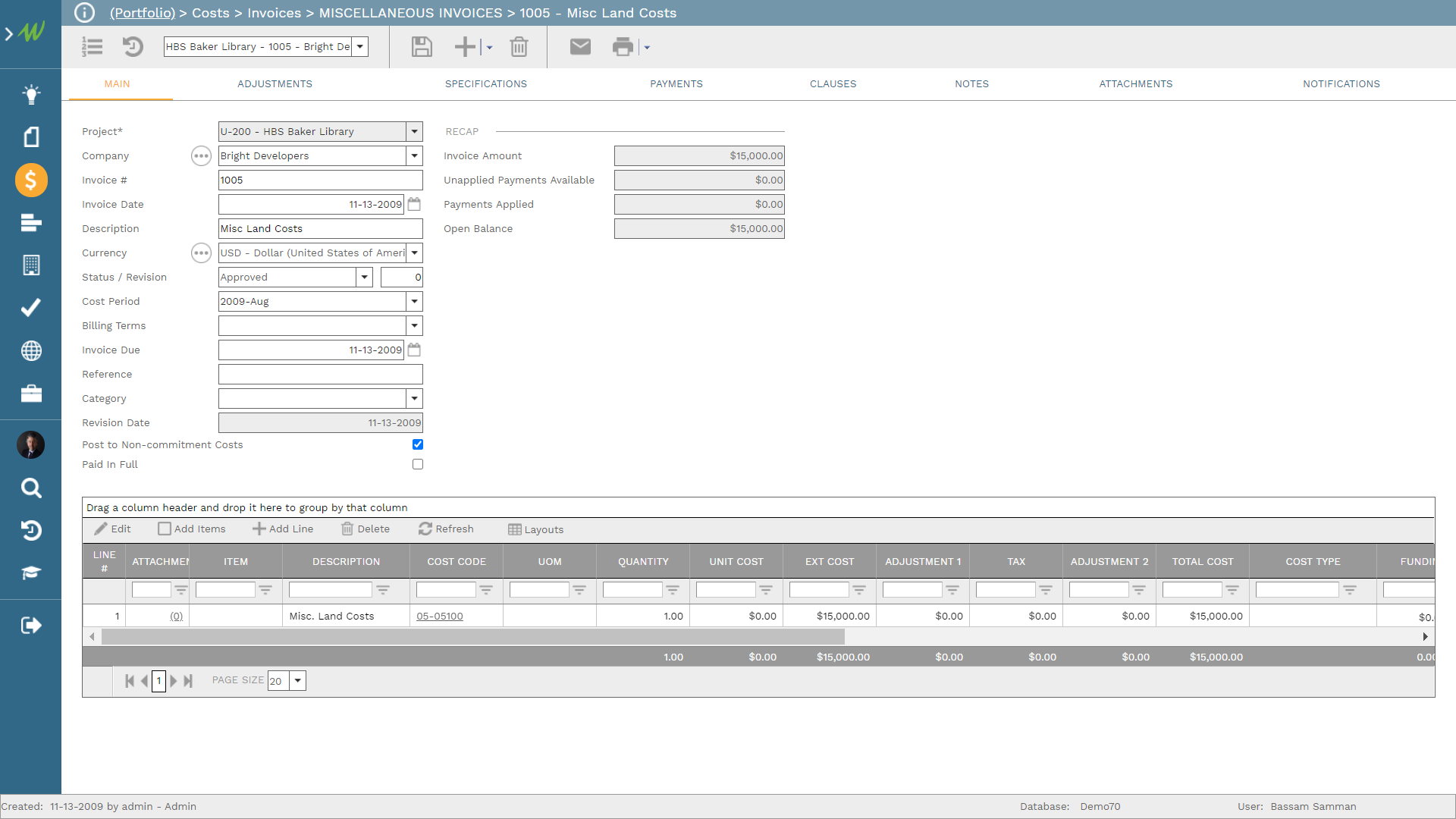 Single Version of the Truth

All financial transactions captured in PMWeb will be automatically stored in PMWeb cost ledger. Of course, the audit team could have also opted to directly populate the cost ledger with the financial details although this is not recommended as the desired traceability will be diluted. 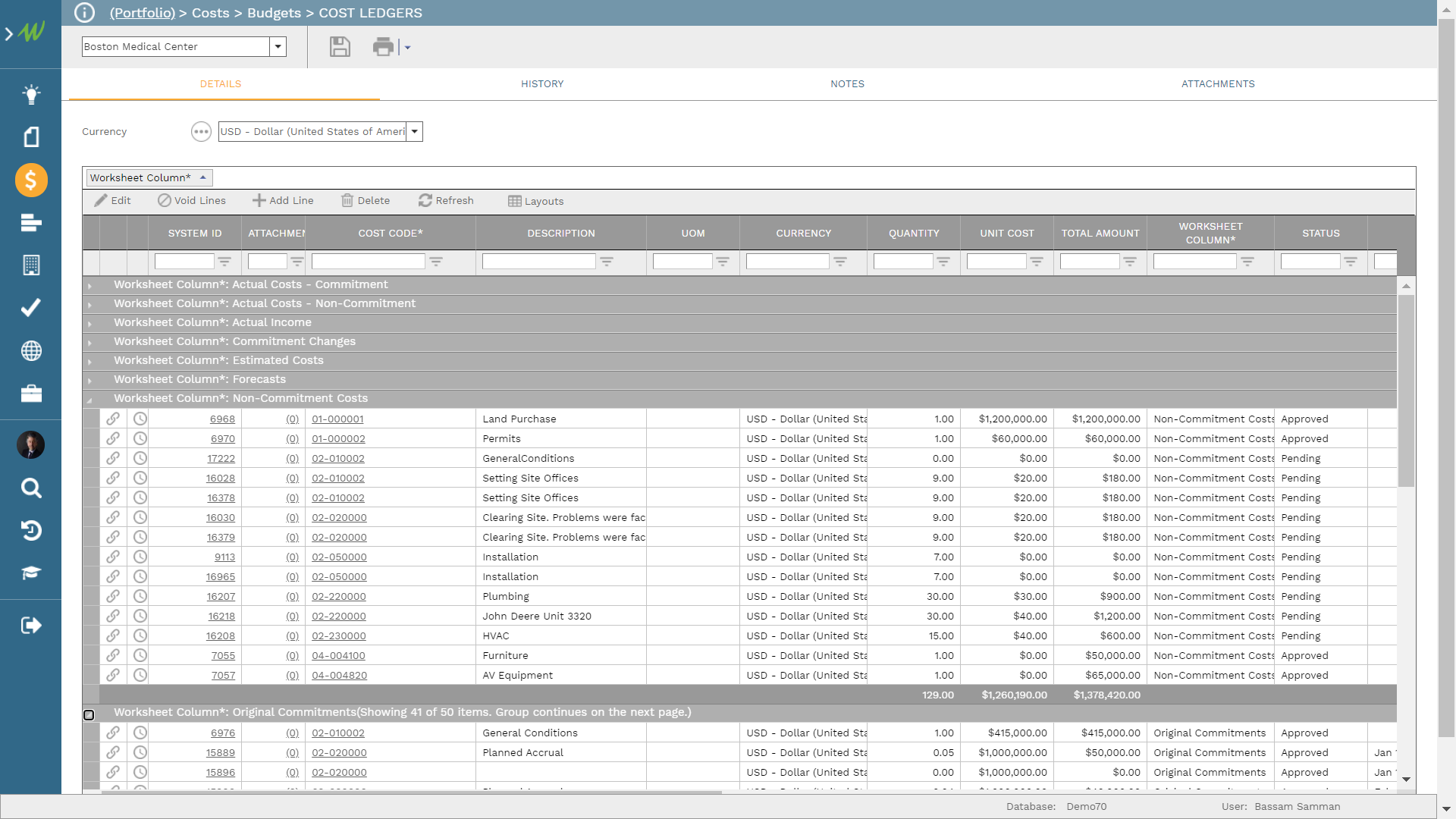 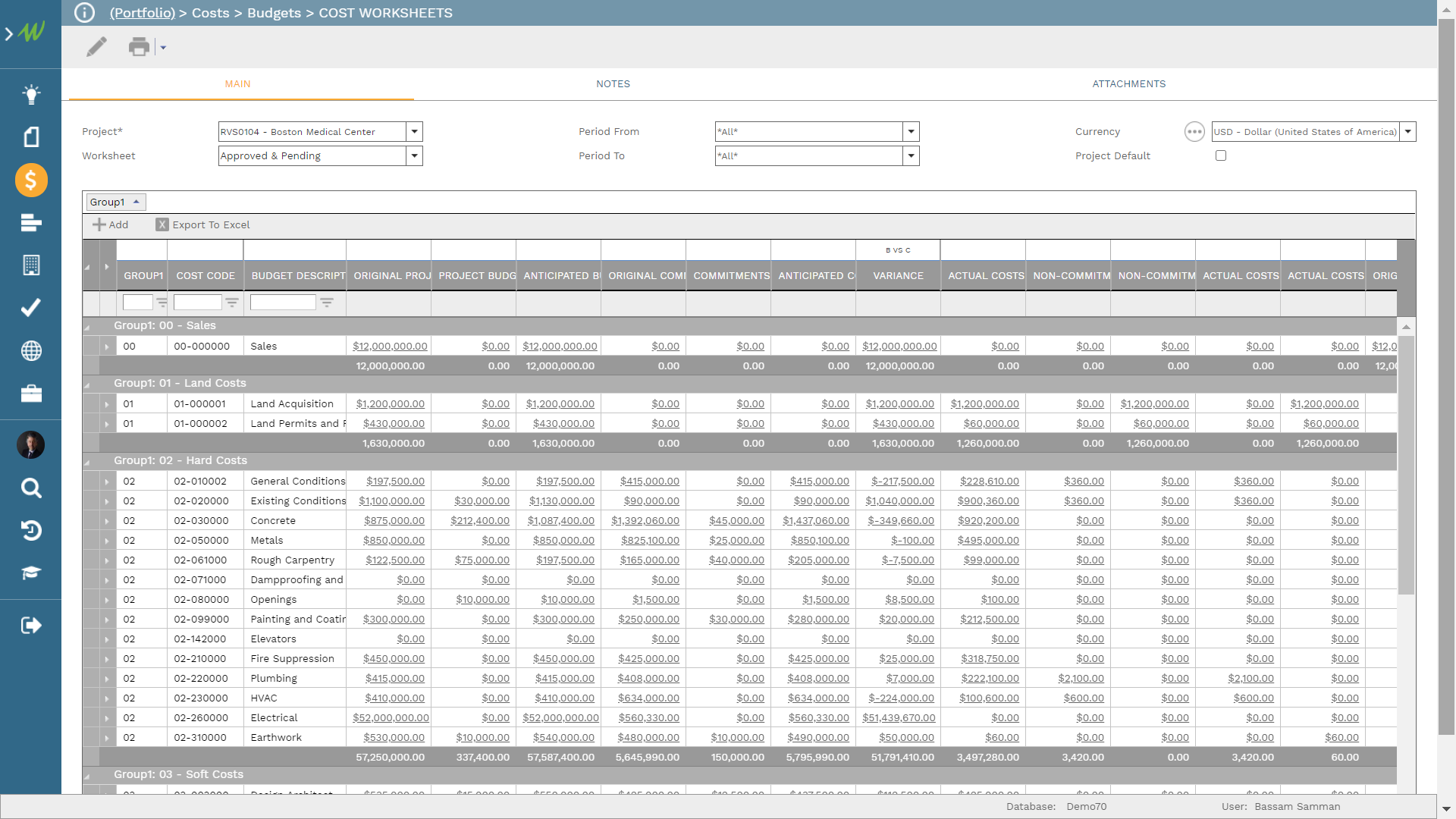 By having all project’s data captured in PMWeb to ensure its trust-worthiness, the forensic audit team can now consume this data in the form and format that will give them the insight for better and faster analysis of the project’s records. Using business intelligence and data visualization tools like MS Power BI, the team can identify variances and transactions that will be subjected for detailed analysis to determine if they could be considered as fraudulent activities. Those reports could include scorecards and visuals to better explain and communicate the outcome of the forensic audit. 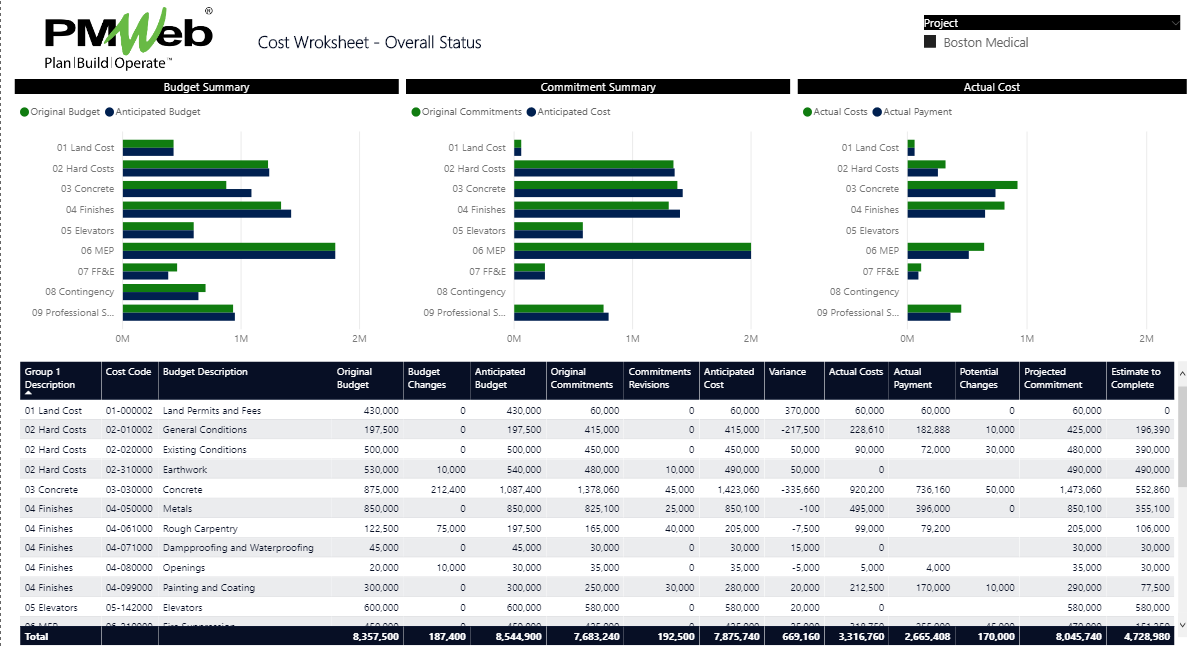 Since PMWeb allows capturing unlimited number of projects and programs, project owners can have a consolidated report of all forensic audit results on a single dashboard. The importance of being able to report on all projects subject to the forensic audit is that the audit can identify if there is any correlation between projects. For example, if there is any correlation between the entities and individuals that were involved in delivering projects, time period where those projects were delivered, type of those projects among many others. 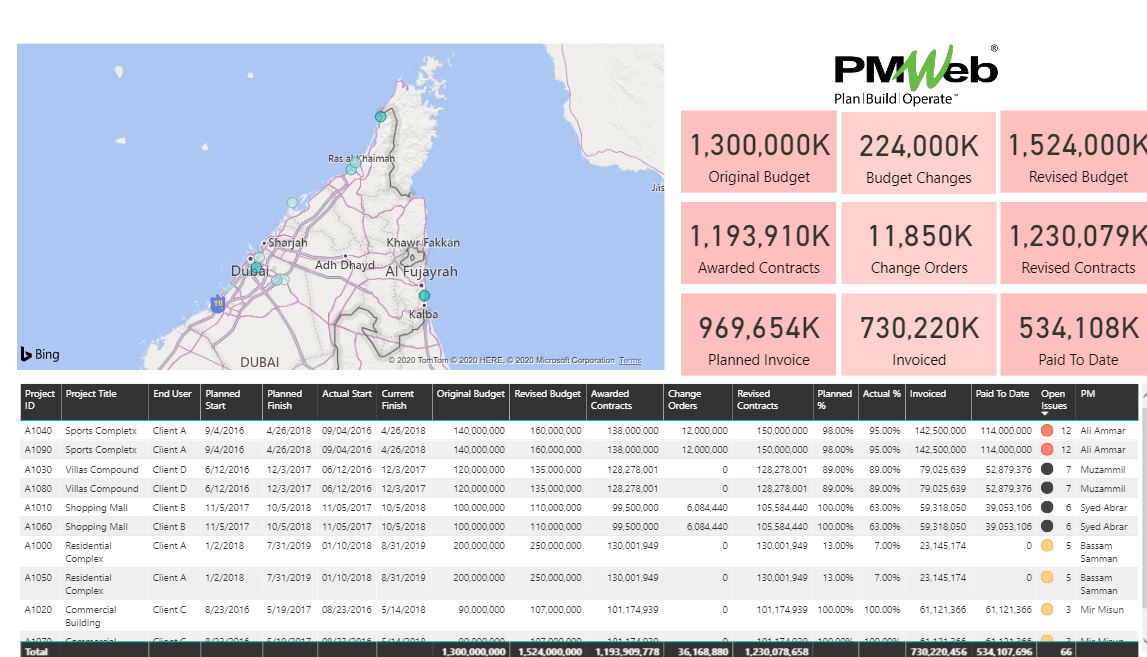