Article #184 How to Ensure Issuing the Right Notice of Access Delay Letters on Construction Projects When Needed?

The FIDIC Conditions of Contracts are used extensively on construction projects in the Middle East and North Africa (MENA) in general and the Gulf Corporate Council (GCC) countries in particular. Claims often arise due to many reasons including delays due to Clause 2.1 – denied or late access or possession. Access to the Site refers to the means and availability of the Contractor’s approach to the Site as defined in the Contract and the ability to occupy the Site, commonly referred to as Site Possession. Access to the Site is necessary to allow the completion of the project’s scope of work as planned by the Contractor.

Under Clause 20.1, the Contractor must give notice of any claim, whether for time or money, not later than 28 days after the Contractor became aware, or should have become aware, of the circumstances giving rise to the claim. If the Contractor does not comply with this rule, he will not receive an extension of time, he will not be entitled to additional payment, and the Employer is discharged from all liability in connection with the claim.

Great care should be given to the content of the notice letters as it would directly impact the follow-on actions that will be taken by the different parties of the FIDIC contract and their authorized representatives. The Contractor’s construction project site management team might not have the contractual and legal skills to draft those letters. Therefore, it is highly recommended that claim notice letters are created by the team who have the contractual and legal skills. The article titled “Construction Contract Notice Letters” by “Richard J. Long P.E.” provides examples of many notice letters that can be used on construction contracts including the letter “Notice for Access Delay”. (http://www.long-intl.com/articles/long_intl_construction_contract_notice_letters.pdf)

Project Management Information Systems (PMIS) like PMWeb can be used to create this notice letter in a structured and comprehensive format. PMWeb custom form builder will be used to capture the details of the access delay such as the letter reference number, the reason for the access delay, the area impacted by this delay, and several delay days. The form will also include fields for the WBS and Project Schedule Activity that are relevant to the access delay as those will be needed for the time impact analysis of such delay. The form could also include text fields to capture notes made by the project team on the encountered access delay.

Before formally issuing the construction, contract notice letter, the project manager might need to secure internal approvals from the organization’s legal or commercial department or senior management. Those included in the internal approval process might differ depending on the nature of the construction contract notice letter. PMWeb workflow will be used to create the steps required to review and approve the notice letter before it is formally issued. Comments made by each workflow step reviewer will be captured along with the date the review was completed.

PMWeb Word will be used to create the letter template for the Notice of Access Delay. The letter will have the right content and language to be used in such notices with the variable fields being the fields captured in the custom form (those shown as BOLD for the sake of presentation) created for capturing all notices for access delay. The letter template will be also used to populate the list of attached documents to be sent along with the formal letter submission. The letter template will also include the logo and other branding needed to have the produced notice letter ready to be printed and signed or saved as PDF and digitally signed. 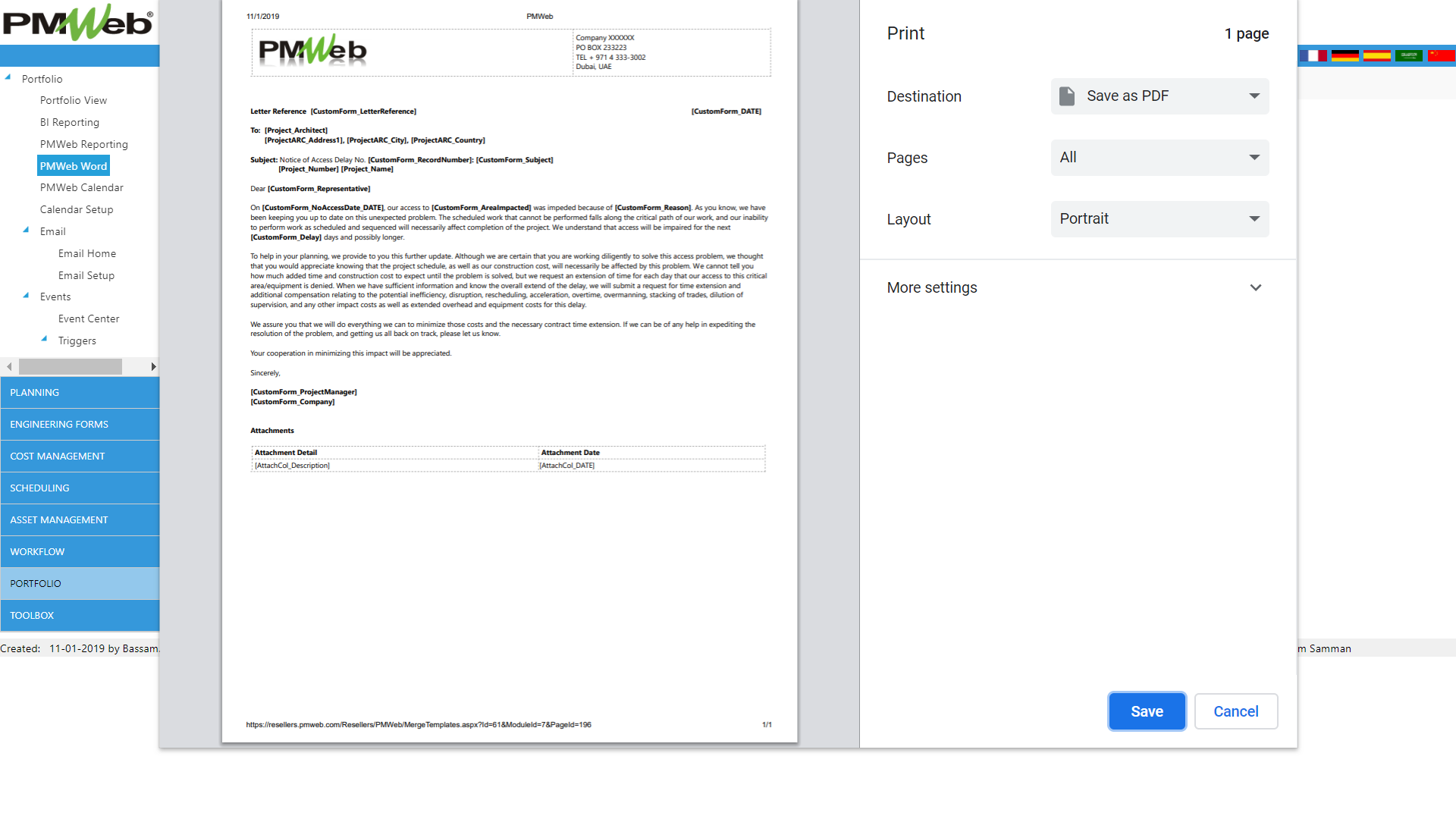 PMWeb report writer will be used to create a log of all access delay notice letters. The form and format of the register can be designed in any desired format. Graphical visuals can be added to summarize the total delay days that have resulted from the access delay by notice as well as the delay days by location. The report will also include a log of all issued access delay notice letters with details captured in those in those notices. 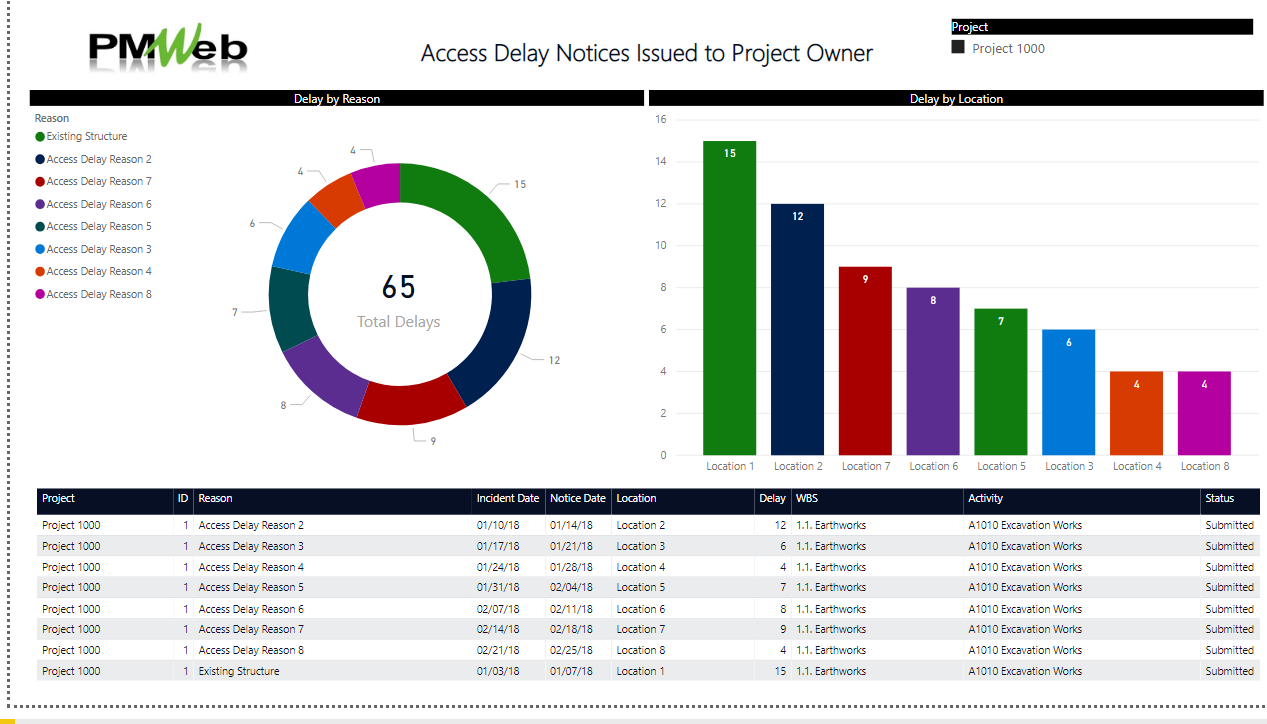