Article #177 Monitoring, Evaluation, and Reporting on the Performance of Services Delivery During the O&M Stage of Public-Private-Partnership (PPP) Projects 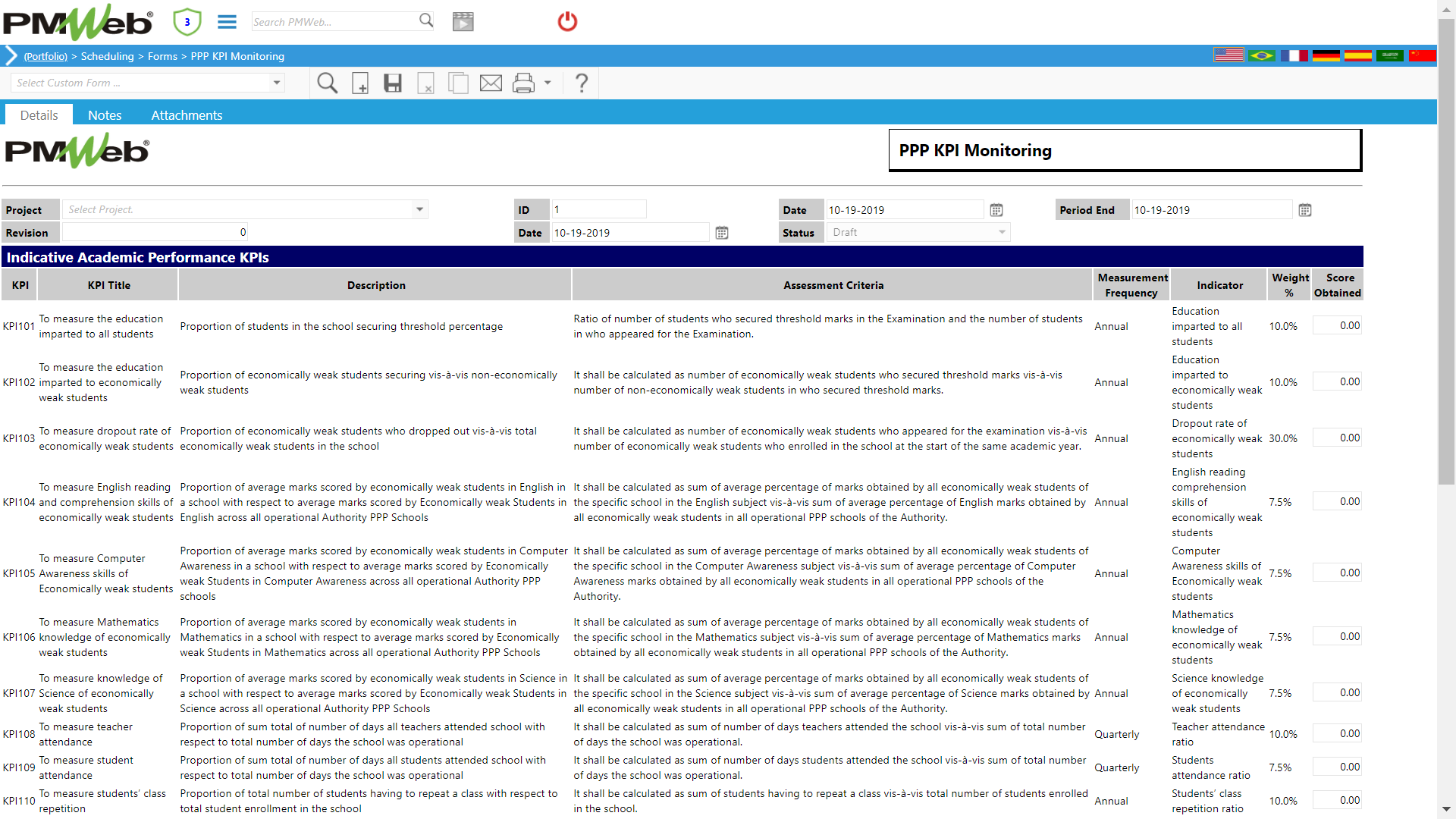 For a Public-Private Partnership (PPP) project to be executed smoothly, Concessionaire’s performance needs to be monitored regularly. The Concessionaire’s performance needs to be tracked to identify defects and deficiencies in building or creating the capital assets that are part of the PPP project as well as the performance of the services that need to be delivered during the maintenance and operation phase of the PPP project. A key component for successful services performance monitoring is to have a well-defined set of Performance Indicators, also known as Key Performance Indicators (KPIs) against which the Concessionaire needs to be evaluated for ensuring that all project deliverables are meeting the required timelines and quality compliant.

The document developed by the PPP Cell, Infrastructure Division, Department of Economic Affairs, Ministry of Finance, Government of India was used to provide an example to show how the performance of the services for the school sector is reported on. The overall performance of the Concessionaire was evaluated throughout the project lifecycle against the Academic Key Performance Indicators and Service facility Indicators. The Academic Performance KPIs are sets of KPIs to specifically measure the method and mode of academic delivery and performance of students during a given academic year, while the Facility Management KPIs are sets of KPIs to measure whether the School Facility is well-maintained with all services being provided as per the Concession Agreement and the benchmark standards.

Using a Project Management Information System (PMIS) like PMWeb will enable government entities as well as the concessionaire to manage, monitor, evaluate and report on the performance of all project management processes need for PPP projects delivery including scheduling, financial, scheduling, communications, risk, issues, quality, safety among other aspects of the PPP project. In addition, PMWeb will be used to monitor, evaluate and report the services delivery Key Performance Indicators to ensure that the Concessionaire operates each School in a manner and that the minimum key performance indicators as specified in the Concession Agreement are achieved.

PMWeb custom form builder will be used to create a form to enable the project team to capture the reported score against each KPI of the two service delivery categories. The first table will be for the Indicative Academic Performance fourteen (14) KPIs which is also titled Expected Level of Service Delivery (ELSD). For each KPI, the table will detail the KPI title, description, assessment criteria, assessment frequency, indicator, weight percentage out of 100%, and score obtained which could be either “1” or “0”. The “1” will be for acceptable performance while the “0” will be for non-acceptable performance. 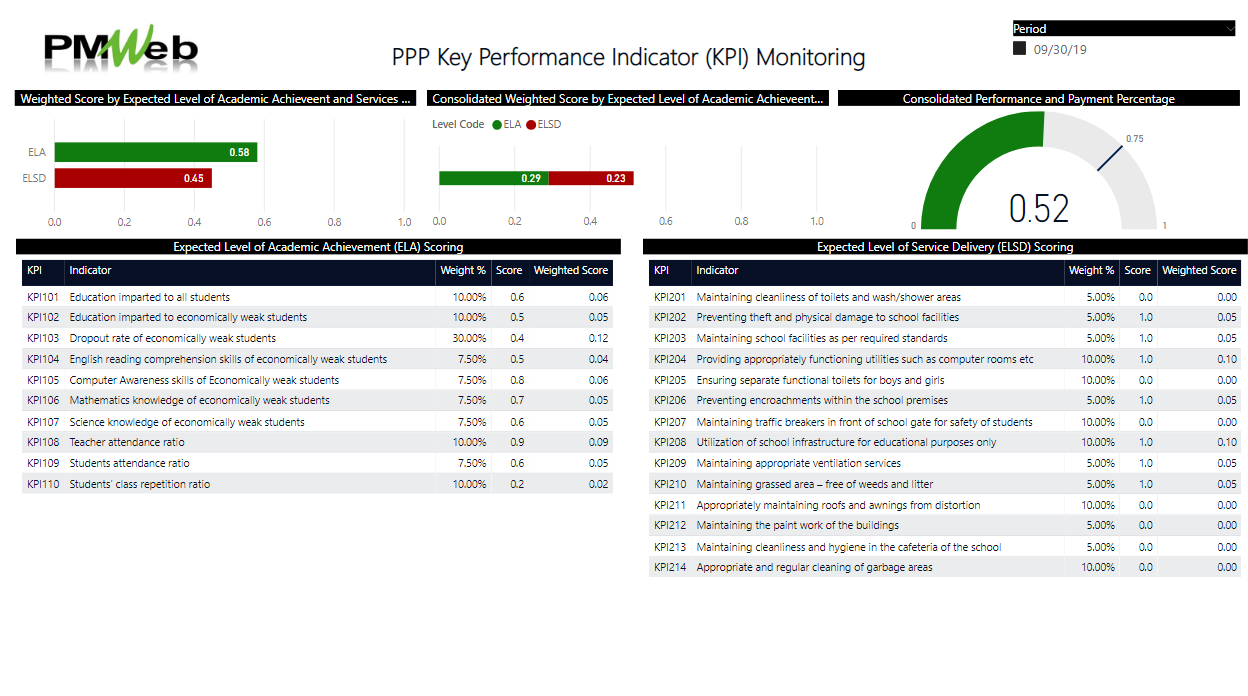 The scoring for the Indicative Academic Performance fourteen (14) KPIs and the Indicative Facility Management ten (10) KPIs could be done by different project team members with different roles and responsibilities. Accordingly, the two tables that are part of the PPP KPI performance report will be assigned to their relevant project team member to complete. This is achievable in PMWeb custom form builder which allows assigning who can view, edit or view and edit the data included in those tables as well as other fields included in the PPP KPI performance report. 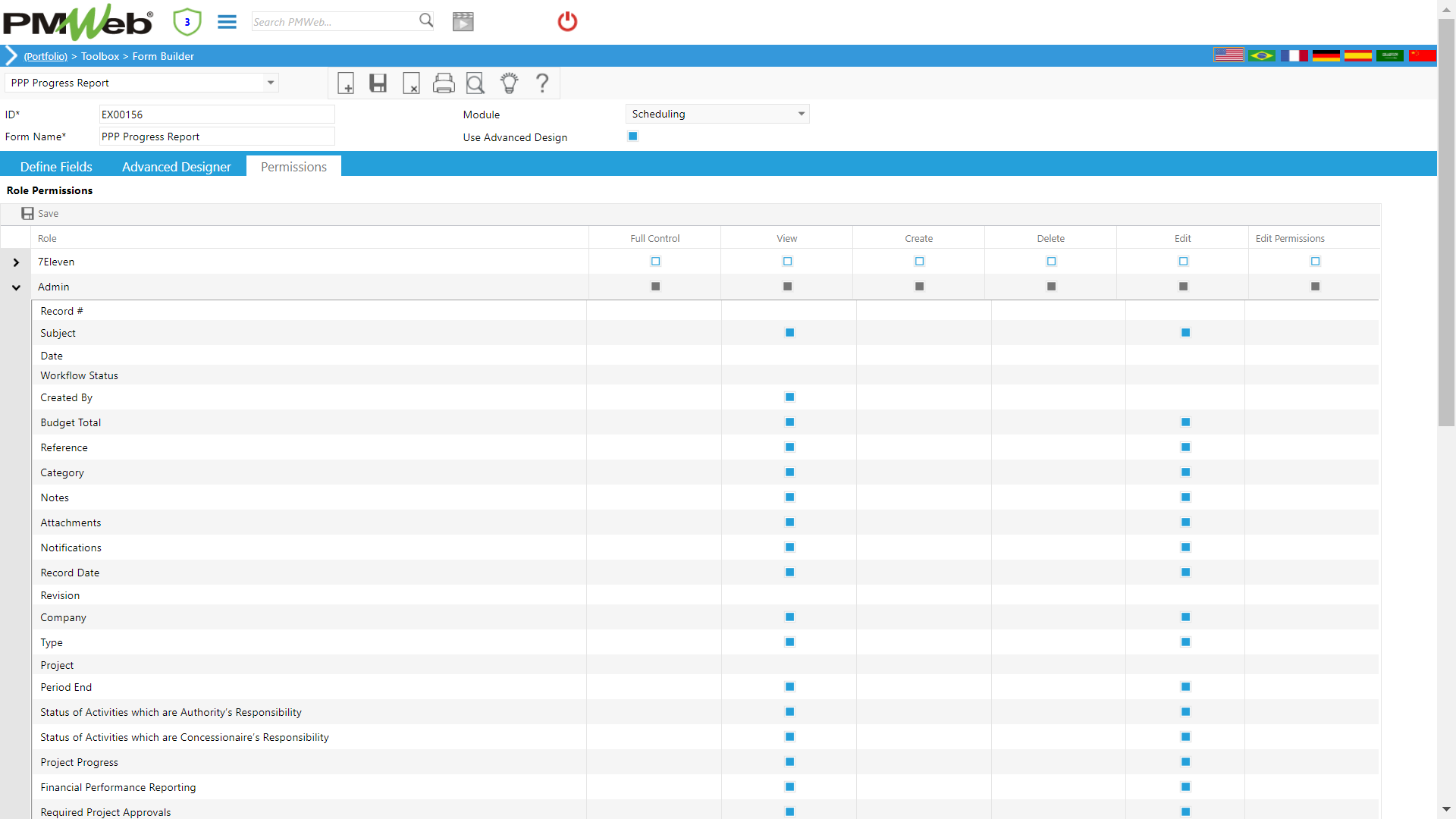 If there is a need to have a predefined sequence for completing the PPP KPI performance report including the final review and approval of what has been reported, PMWeb workflow will be used to map those steps, the duration allotted to each step, and the project team member who has been assigned the step. This will provide an auditable trustworthy track record of reported KPI performance during the operation and maintenance phase. 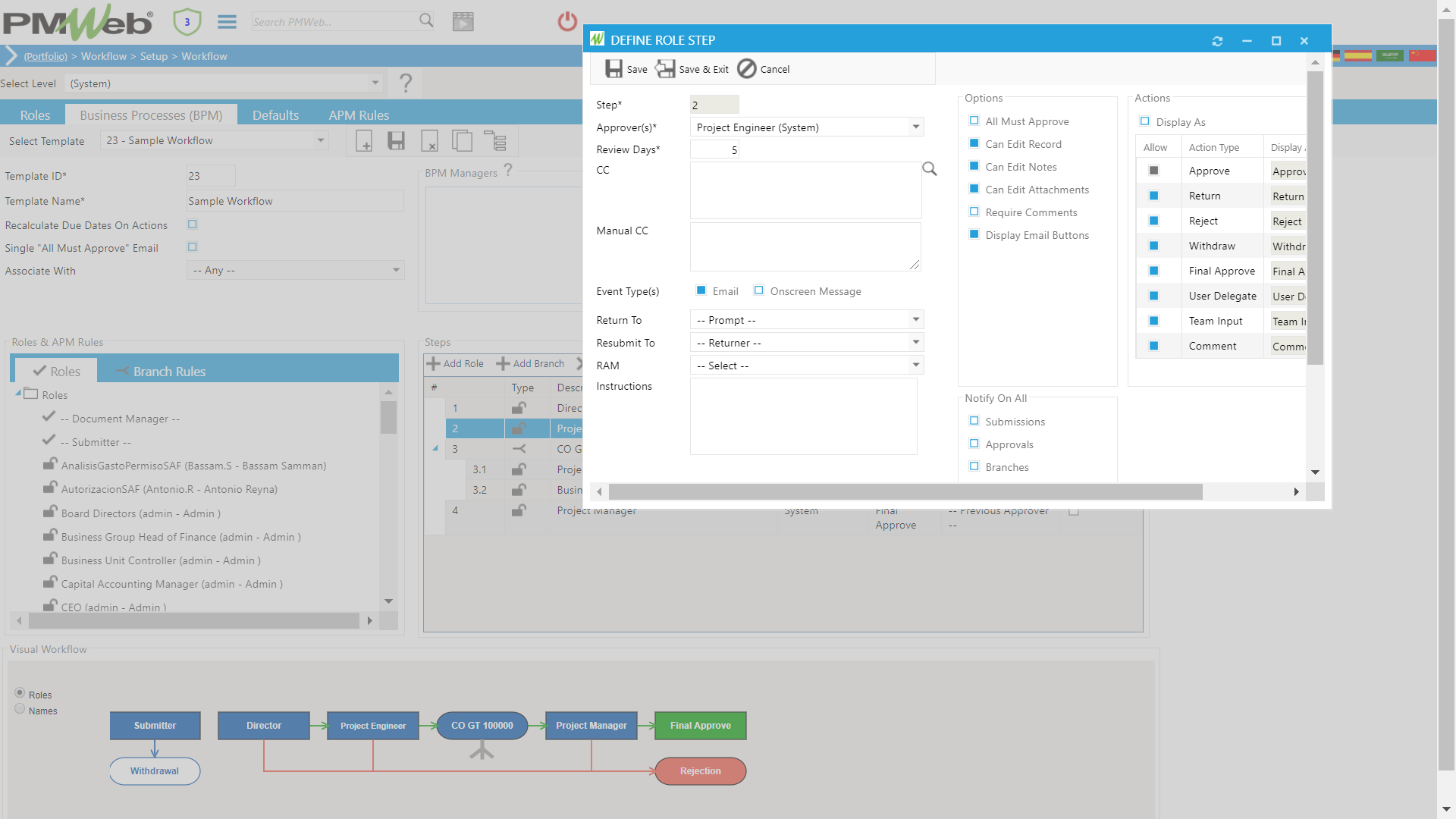