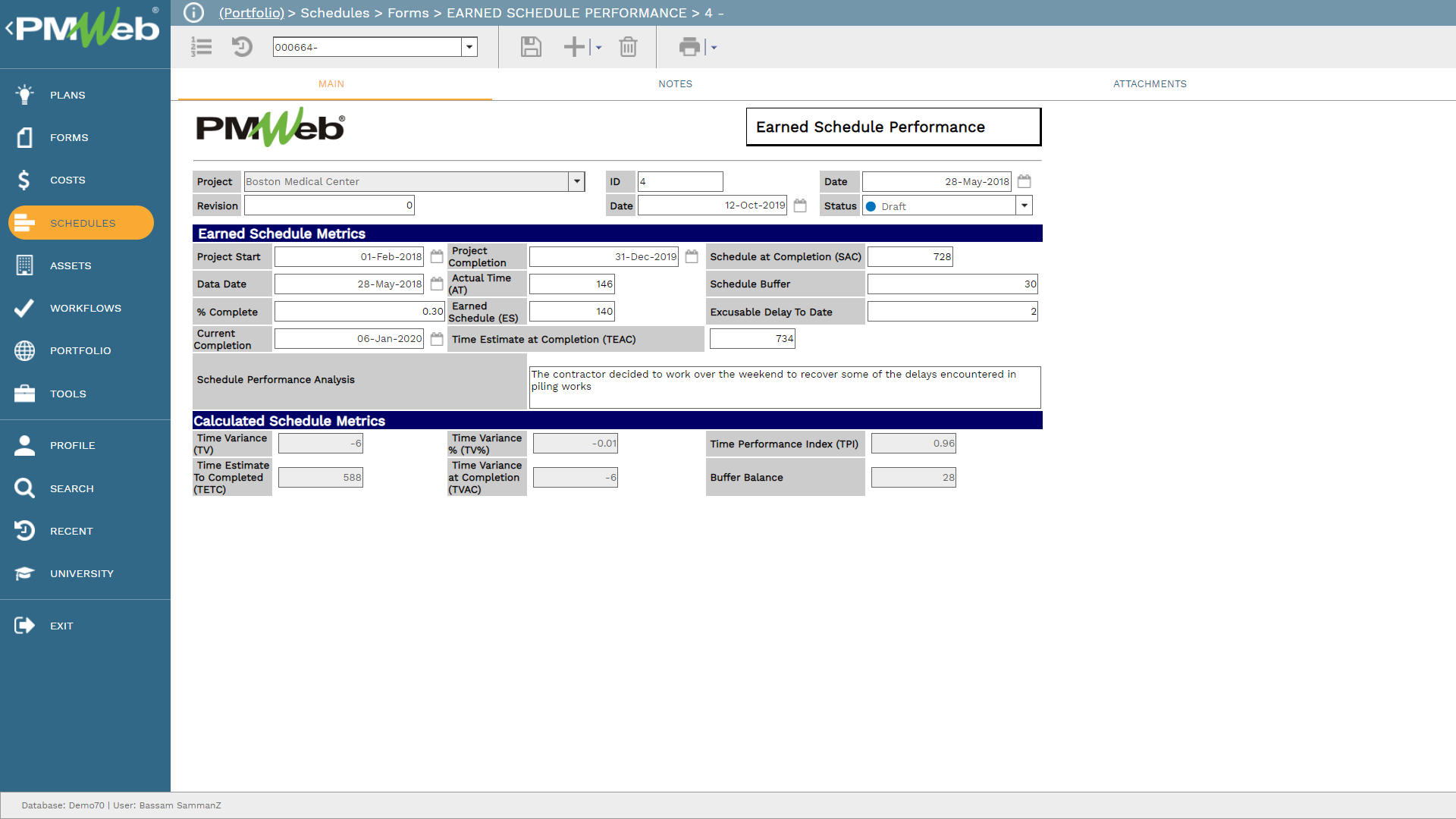 There is a growing trend to use Earned Value Metrics (EVM) to monitor, evaluate and report the project’s schedule performance. The earned schedule (ES) allows EVM metrics to be transformed into time or duration metrics to evaluate project schedule performance and forecast the duration needed to complete the project. Unlike when using resource quantities or cost values to calculate the Earned Value Metrics (EVM), the earned schedule metrics depend on the duration that will be extracted from the project schedule.

Since Project Management Information Systems (PMIS) like PMWeb are used to calculate the Earned Value Metrics (EVM) whether they were based on resources or cost values, the earned schedule metrics will be also calculated, monitored, evaluated, and reported using the same PMIS platform.

The form will also include the schedule buffer duration that was allocated for the project’s completion date, several excusable delay days that the contractor is entitled to, and a narrative of the project’s schedule performance for the current updated schedule. In addition, the form will also include the remaining Earned Value Metrics (EVM) metrics which will be automatically calculated in the form when it is saved.

The Earned Schedule attachment tab will be used to upload and attach the updated project schedule as well as attach all supportive documents which are usually uploaded and stored in their designated folder or subfolder in the PMWeb document management repository. In addition, links to relevant PMWeb records like meeting minutes, and daily reports among others as well as links to imported MS Outlook emails can be made to the Earned Schedule form. 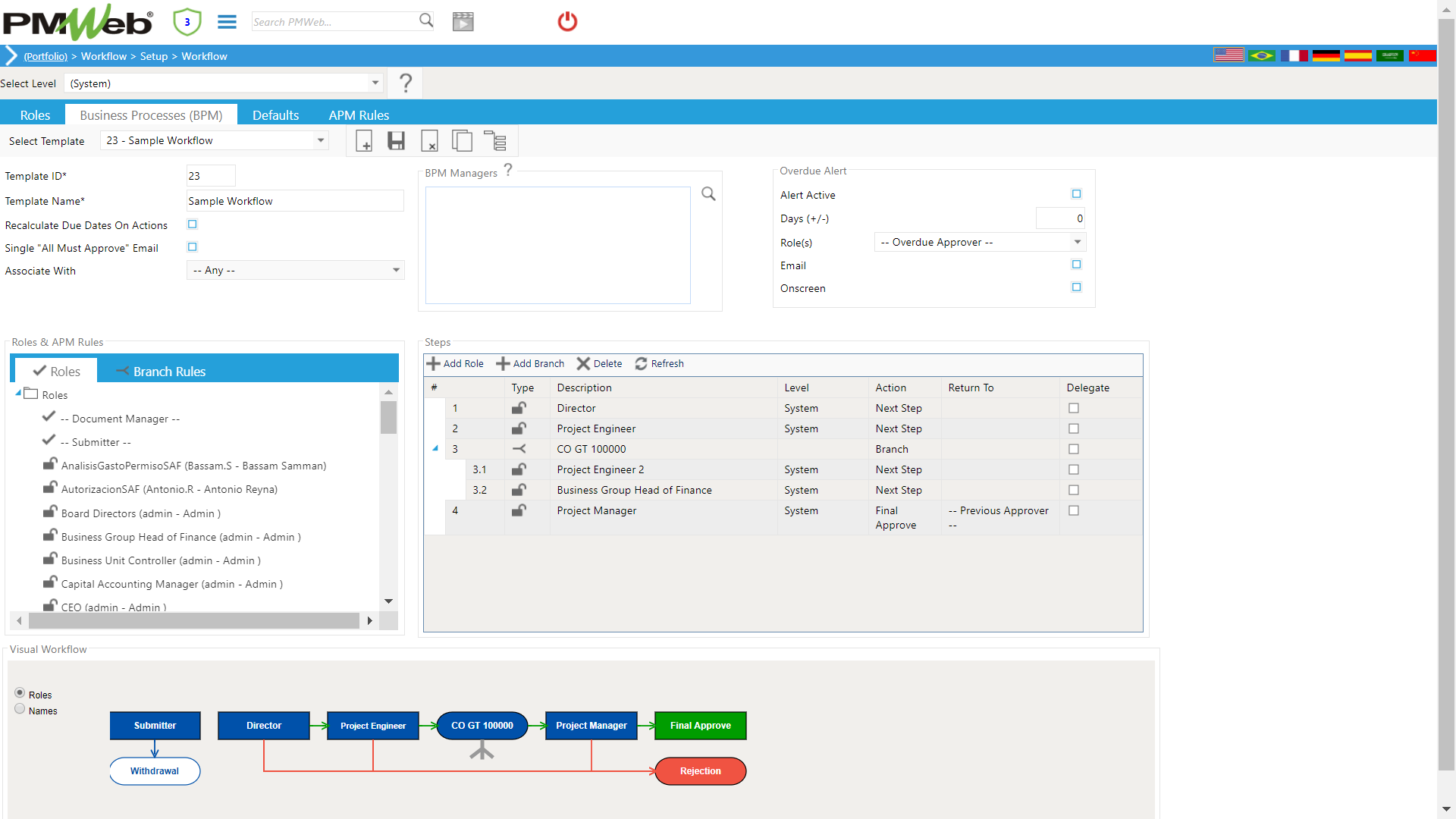 Those earned schedule metric values whether input or calculated will provide a real-time single version of the truth Earned Schedule Analysis report shown below. The report includes three visuals to report on the time variance, time variance %, and time performance index trends for the elapsed periods. In addition, it includes a visual to show an analysis of the time variance to show how many days are attributed to excusable delay days and how many are attributed to non-excusable delay days. The schedule buffers visually detail the buffer drawdown by adjusting the schedule buffer allowance by the excusable delays. Finally, the report includes a register to summarize the schedule update details at the end of each update period including details and analysis of the schedule performance. 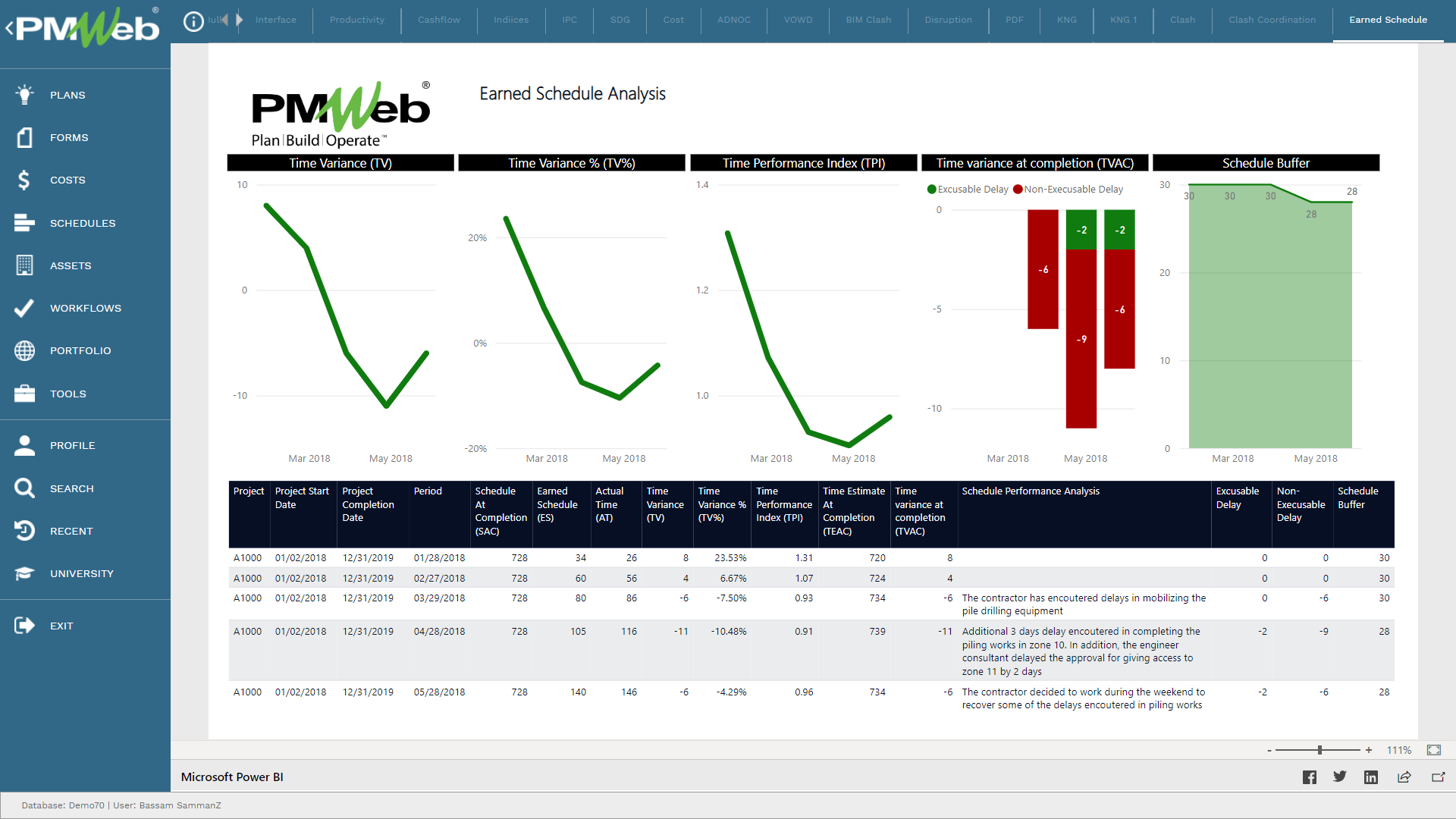