Having real-time, trustworthy, and traceable solutions to manage, monitor, evaluate and report the current status of project finance is a must requirement for all entities involved in the project finance process, including, for example, Project Sponsor, Senior and/or Mezzanine Lenders, Financial Advisors, Technical Advisors, Legal Advisors, Equity Investors, Export Credit Agencies, Insurance Providers, Hedge Providers among others. The type of information and level of detail to be displayed in the finance report could vary from one entity to another depending on what matters to them most and who is authorized to view the report. Still, regardless of who is viewing the report, the report information should be based on a single trustworthy, auditable and traceable data source.

All transactions for each one of those modules will have all supportive documents uploaded and stored in the PMWeb document management repository before they are attached to their relevant records. In addition, the attachment tab will be used to link other PMWeb records like risk registers, among others, and connect relevant imported MS Outlook emails. Further, each module will have a workflow to formalize the process for reviewing and approving each transaction. The workflow will include the requirements for approval-level authorities which could depend on the transaction value.

A bankable project is a project that has sufficient collateral, future cash flow, and a high probability of success to be acceptable to lenders for financing. The project baseline budget should capture all those details, including details of contingencies, management reserve, and anticipated revenue. In addition, there will be a need to capture details of any future changes to what has been agreed on by using a formal budget request process. PMWeb budget and budget request modules will capture those details across the project’s delivery periods.

PMWeb will also capture details of all project finance fund sources and all changes to those approved funds. The authorized fund releases from the fund sources will be associated with the relevant budget line items to ensure that provided project funding is aligned and covers the approved project budget. In addition, the authorized fund releases should be aligned with the awarded commitment agreements’ relevant line items. PMWeb fund sources, requests, and authorization modules will be used to capture this information. 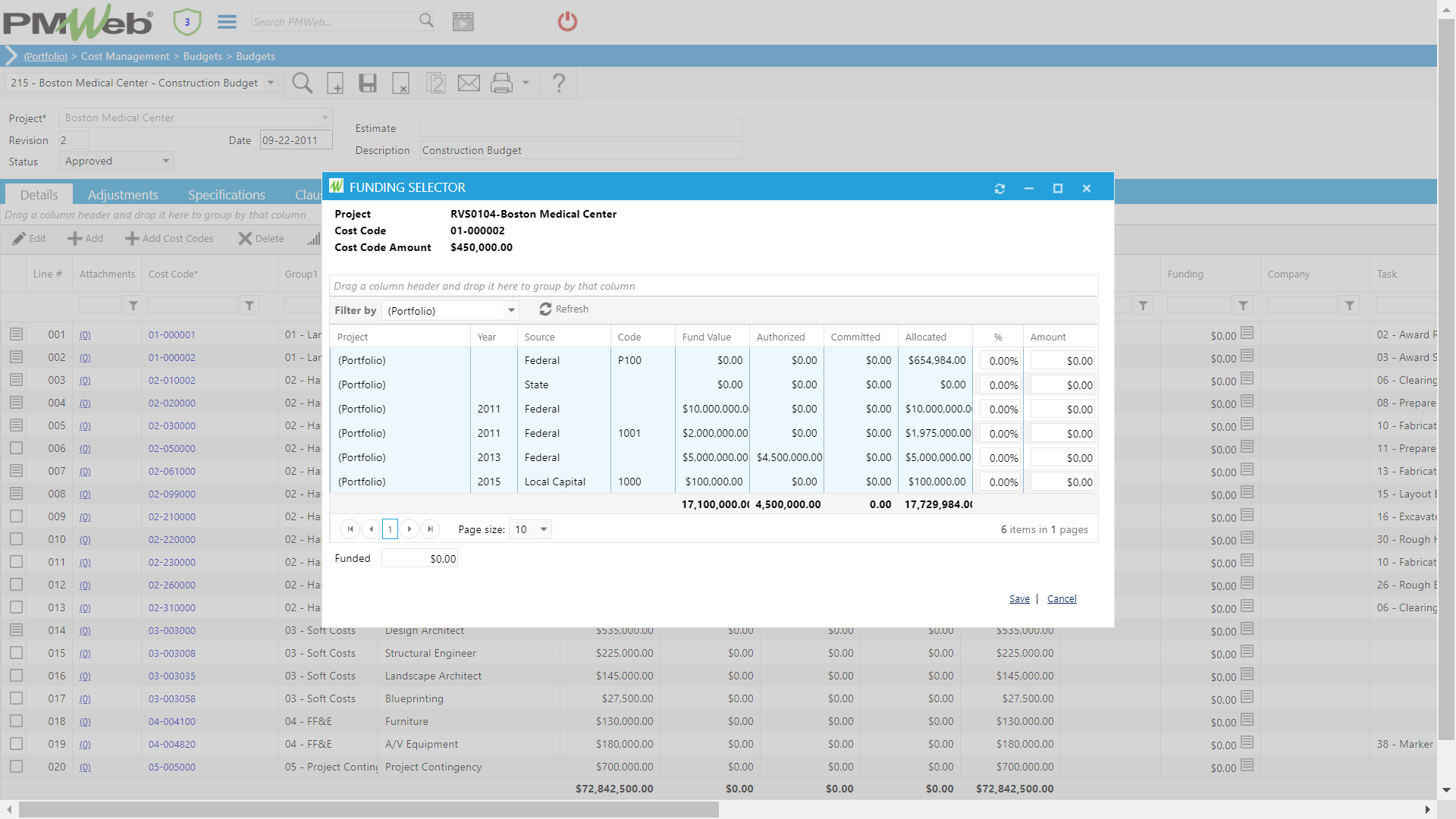 The actual costs incurred on a capital project could result from the commitments awarded to the construction contractor, subcontractors, suppliers, and operators, among others. An original commitment agreement could be subject to change orders, which will be used to calculate the revised contract value when approved. The projected commitment agreements’ value will equal the revised contract value plus all change orders pending the project owner’s approval. Progress invoices will authorize payments against the completed and approved scope of work. PMWeb commitment, change orders, and progress invoices modules will be used to capture this information.

PMWeb timesheet module allows charging hours that were worked as regular hours, overtime hours, weekend hours, and holiday hours for which each could have a different rate than the others per resource. The PMWeb timesheet module will also charge the costs associated with the professional service’s resources that are not covered in commitments or miscellaneous invoices. For non-commitment actual costs, the PMWeb miscellaneous invoices module will capture those cost items.

For all actual payments made against approved commitment progress invoices and miscellaneous invoices, the PMWeb Accounts Payable module will be used to keep details of all those payments. Similarly, all payments received against revenue contracts, like the sale of assets and long-term lease agreements, will be captured in the PMWeb Accounts Receivable module.

PMWeb procurement module allows comparing the received bids and completing the commitment award process. In addition, PMWeb provides additional modules that could be used to capture more details that could be of interest to those entities involved in the project finance. For example, the PMWeb cost estimate module will capture the details of how the project’s estimated cost and revenue were established. Those estimates can be created in PMWeb or imported from MS Excel files. In addition, the PMWeb procurement and online bidding modules can be used to manage the procurement of all awarded commitments and align them with the approved project cost estimate. 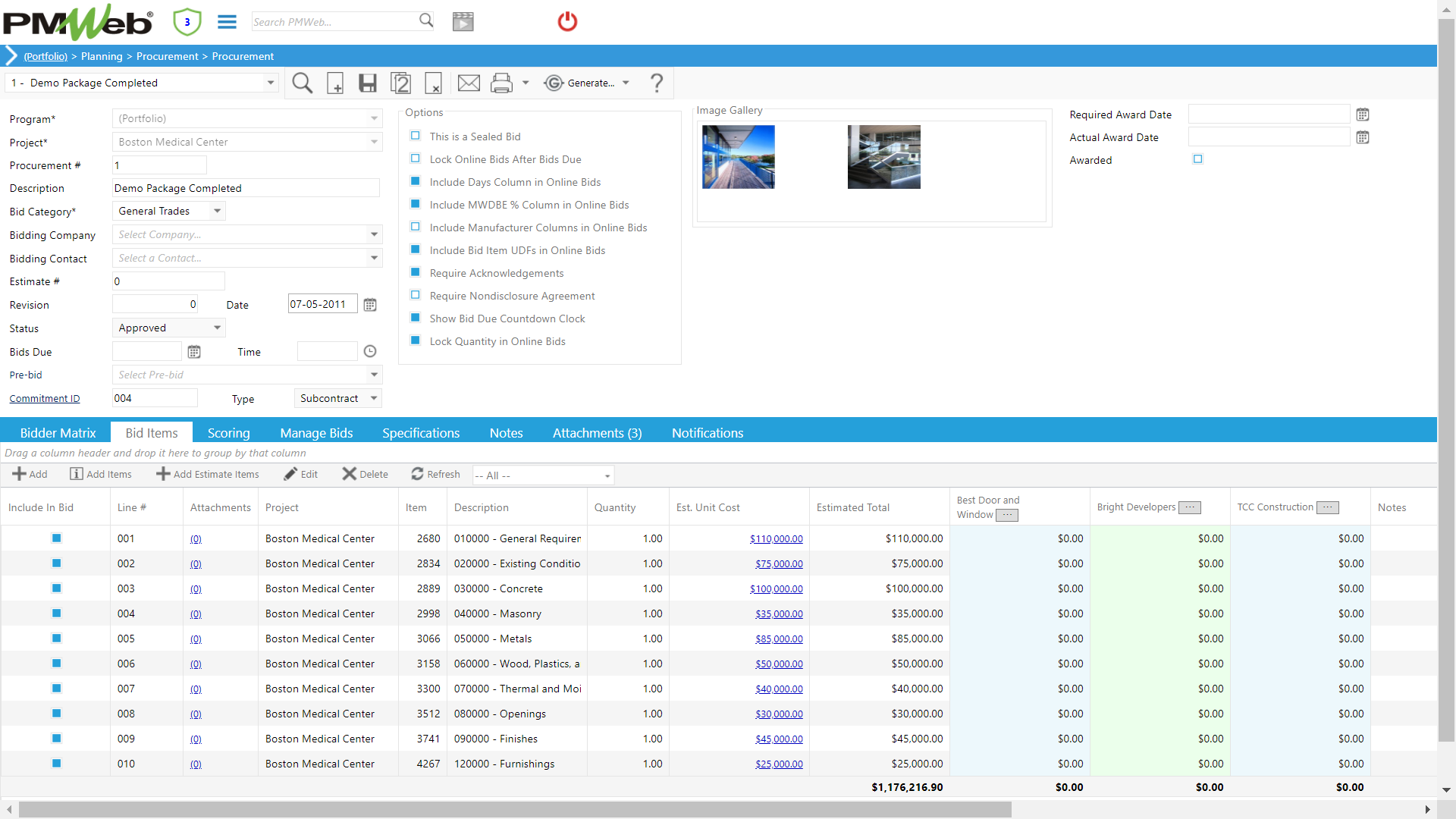 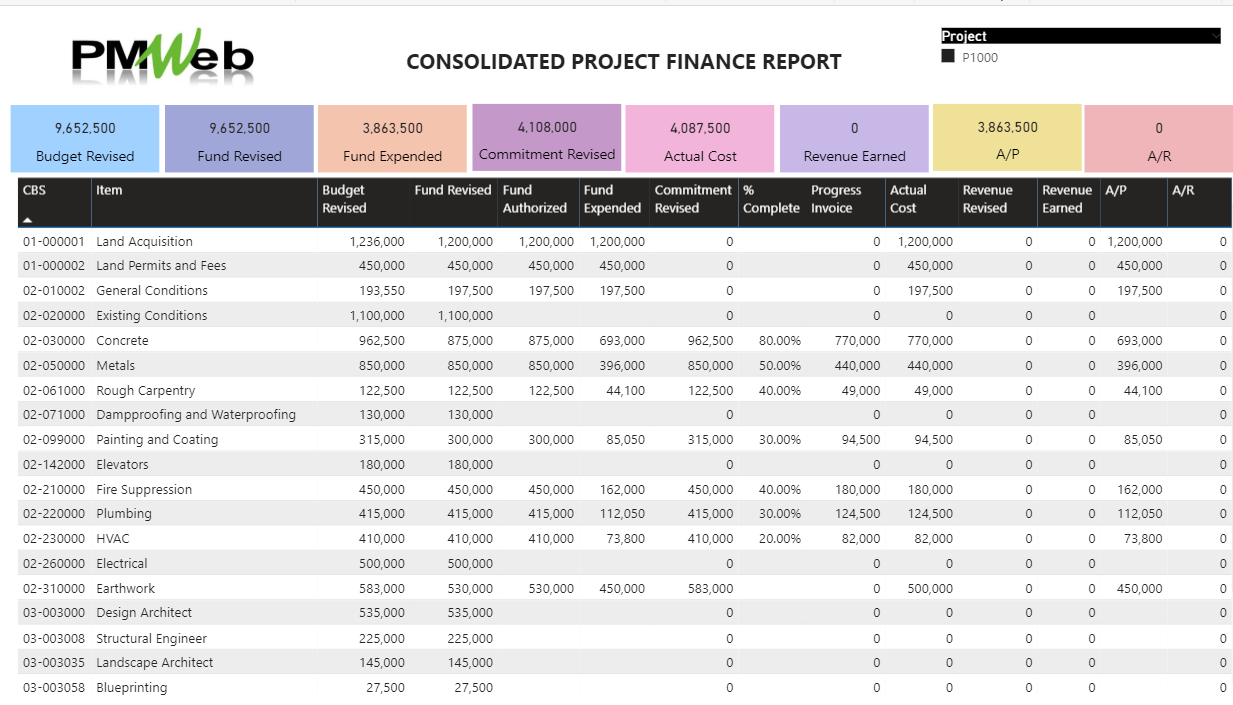