One of the common mistakes that some might fall into is assuming that during the construction project delivery, the difference between the revenue earned for completing part of the project scope of work and the actual cost for completing the same scope of work represents the project’s profit for that completed scope of work. Those are the few who fail to consider that when a contractor prices his bid proposal, the contractor might unbalance the bid to allow for front-loading, and inside knowledge on changes to the project scope of work among others. Unbalancing a bid will result in having some bid line items overpriced while others are underpriced but ensuring the total bid price is competitive enough to win the bid. In other words, part of the project’s scope of work will have a high-profit margin while others will have a very low-profit margin if not a loss.

Therefore, to be able to monitor, evaluate and report the true project profit status, the contractor needs to consolidate all the data that will be used in managing the project cost and revenue. Those will include the imported project cost estimate, budget, and all budget adjustments and transfers, all non-co including labor and non-labor resources timesheets and miscellaneous invoices including those expenses imported from the ERP or third-party applications, commitments including outsourced subcontract agreements, purchase orders, and inter-company agreements including all potential change orders and change orders, a contract between the project owner and contractor including change orders, progress invoices issued against subcontract agreements, purchase orders and intercompany agreements and interim requisitions issued against contract between the project owner and contractor, and all actual payable and receivable payments.

Using a Project Management Information System (PMIS) like PMWeb will enable the contractor to capture all of the above transactions on a single platform to provide a real-time single version of the truth when it comes to managing, monitoring, evaluating, and reporting the project’s target profit. To ensure that there is a single language when it comes to capturing the data from the different cost records, there should be a unified cost breakdown structure (CBS) to capture the cost details for each transaction during the different project’s financial periods. Both, the cost breakdown structure and financial periods should be also identical to the other accounting, human resources, and ERP applications that the contractor uses to capture cost data to enable them to integrate or associate data from different-different data sources when needed.

The Contractor must have a single approved integrated project schedule that covers the complete project scope of work. In most projects today, the integrated project schedule needs to be cost-loaded with the income contract values which is the contract agreement between the Project Owner and the Contractor. During the project’s delivery, the monthly progress percent complete will be the percent complete used to assess the Contractor’s monthly requisition for work in place as well as subcontractors’ and suppliers’ monthly progress invoice for work in place. In addition, this percent complete will be used to calculate the earned value of the project’s current approved budget. 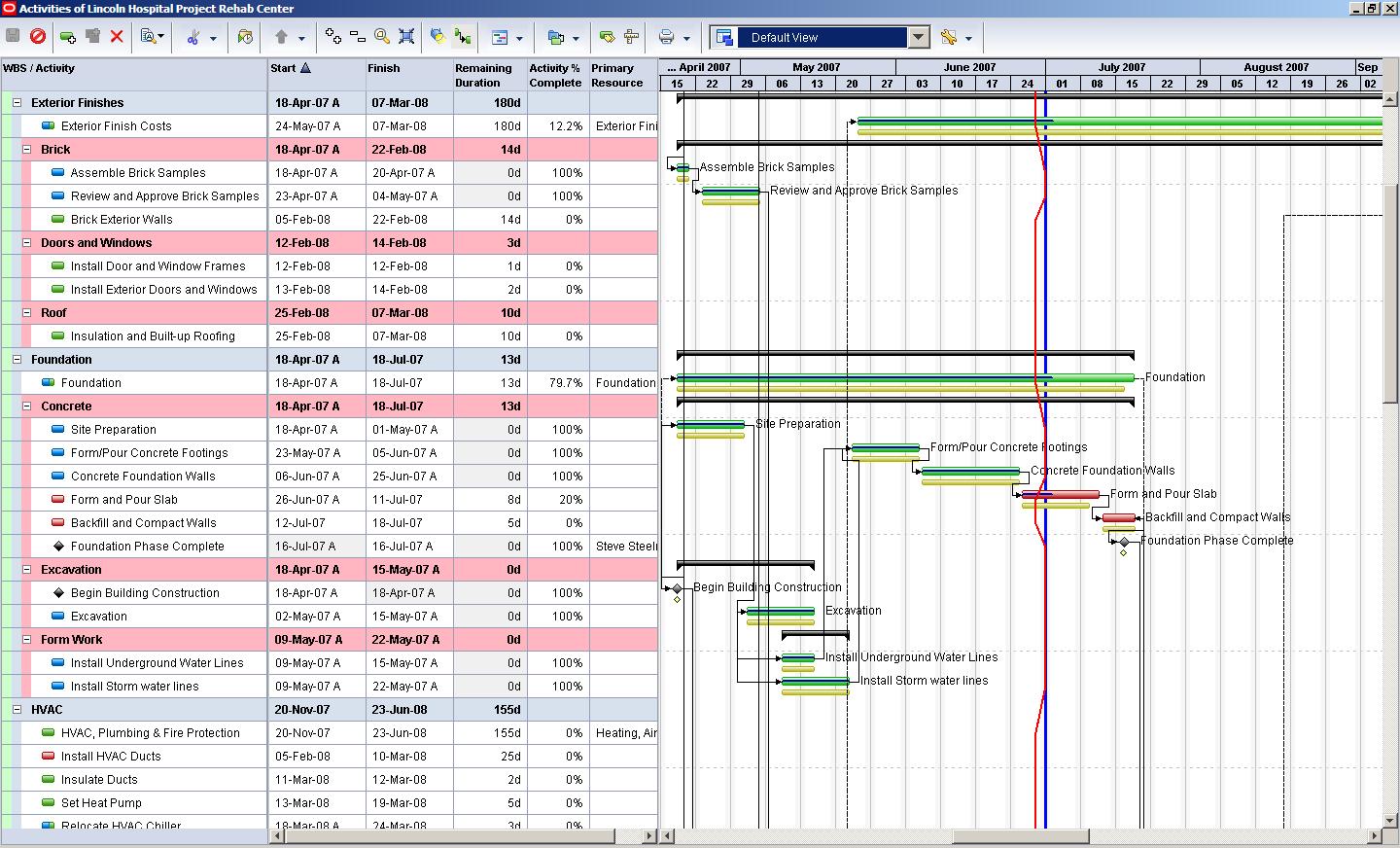 PMWeb will import the project schedule to enable assigning the different budget, commitment, and contract line items to the appropriate project’ scheduled task as well as assign the actual resources hours captured in the timesheet and daily report modules. This schedule will become the project schedule used across all other PMWeb modules that have links to the schedule such as submittals, RFIs, daily reports, meeting minutes as well as custom forms created in PMWeb.

The contract agreement between the Project Owner and the Contractor represents the revenue or income that the contractor will earn from completing the project’s scope of work following the project’s specifications, drawings, and other contract documents. PMWeb contract module will capture the details of each Bill of Quantity (BoQ) line item along with the associated project schedule activity. The contract terms and conditions will also be part of this contract agreement.

All change orders regardless of whether they were approved, pending, or a dispute will be captured in the change order module. It is important to attach all documents as well as PMWeb records and imported emails that are needed to support change order submission in particular if a change could be a disputed change and part of the project’s claim submission. Workflow can be added to formalize the internal review and approval of the change order.

Each budget line item will be linked to the associated project schedule activity to determine the start and finish dates for spending the budget amount. PMWeb allows to Contractor to create the budget spending projection for each line item using the most appropriate distribution curve or any other user-defined projection. This is will be needed for cash flow analysis to determine the needed funding for the project.

For any adjustments to the approved project budget whether they are for increasing or decreasing the approved budget amount or to transfer budget amounts from one cost center to another or from one project to another, the budget request form will be used. All supportive documents need to be attached to the budget request which is usually stored in the PMWeb document management repository. The approval for budget requests will be by the predefined workflow steps assigned for this module. The workflow could include conditions to ensure that the required authorities and approval levels are respected.

The budget earned value for completed works will be based on the percent complete of the associated project schedule activity. The earned value will take into consideration the approved budget adjustments to the original budget, that is the revised budget. At the end of each progress period, the estimate to complete each budget line item number will equal the projected budget at completion which is the revised budget plus all pending budget adjustments minus the earned value attained for that same progress period. 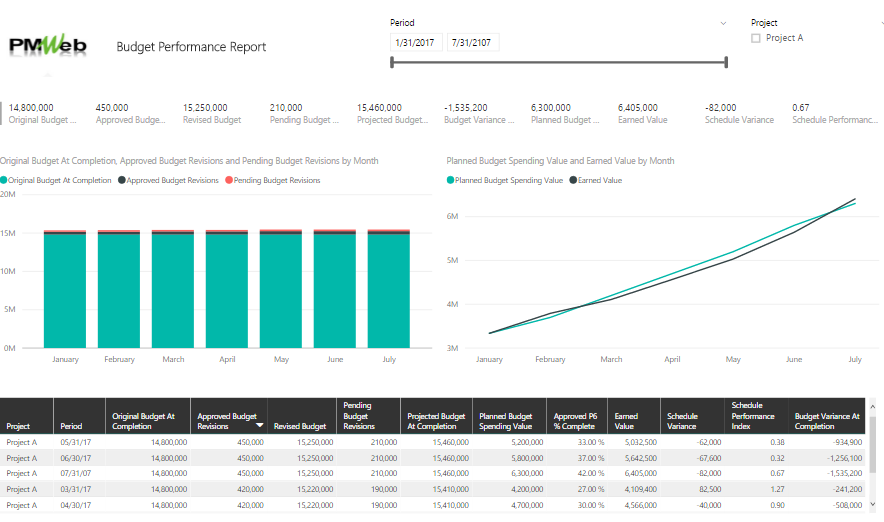