Article #126 How Can Document Templates and Pre-Defined Values Lists Help Communications on Construction Projects where Communicating in Multi-Languages is a Must? 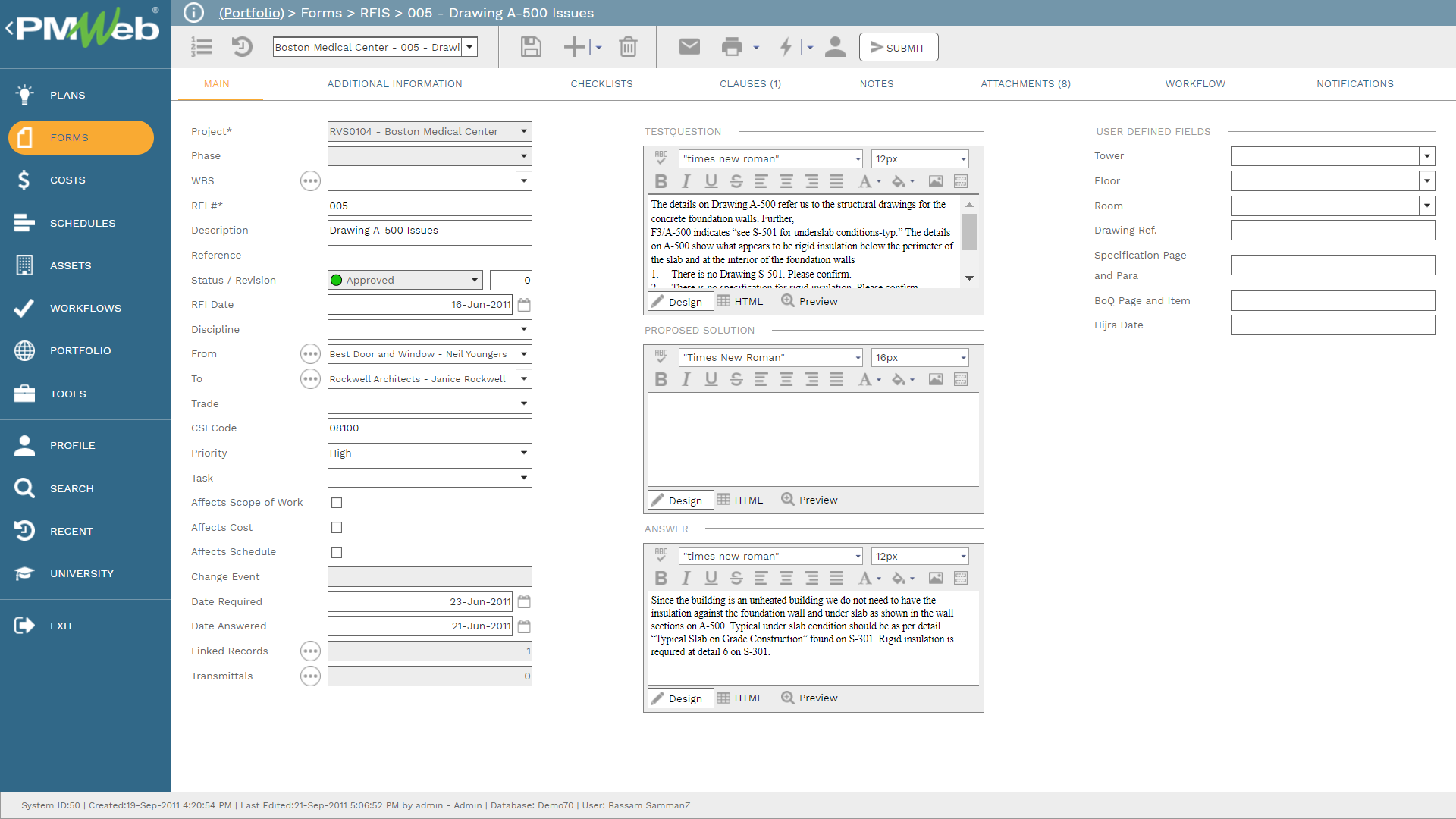 For organizations that are involved in delivering capital projects in non-English speaking countries, understand that in many cases, formal project communications need to be done in English, which tends to be a common communication language on capital projects across the globe, as well as the national language of those countries. This is not only to fulfill the contractual requirements of formal communications that require communications to be done in both languages but also the fact that not all individuals in those non-English speaking countries have the mastery to communicate in English, both written and oral. Using traditional manual project management forms can prove to be of great challenge not only in keeping bi-lingual versions of the different project management document templates but also when it comes to completing those forms in both languages.

Project Management Information Systems (PMIS) that support multi-languages, Latin and non-Latin, like PMWeb, can help those organizations in easing and improving project communications in such environments. To start with, PMWeb allows having a multi-language user interface of the PMWeb application which can be initiated by simply selecting the flag of the country that has this language as its formal communication language. For example, if the user needs to access PMWeb in an Arabic-Speaking country, clicking on the flag of the Kingdom of Saudi Arabia, United Arab Emirates, or any other Arab country for which the flag was set for the Arabic language, the whole interface will become in Arabic. Of course, PMWeb provides the organization with to option to edit local terminologies to align them with the right contractual wordings.

In addition to the PMWeb user interface, all PMWeb default input forms like a request for information, meeting minutes, submittals, budgets, budget adjustments, change orders, and progress invoices among many others will also become in Arabic. The same could have happened for Russian, Chinese, French, German, Urdu, Hindu, or any other selected language. The text data can be added in English, the selected language, or any other language supported by the local computer where data is being added. Since PMWeb supports rich text, as an option, the user can copy the English language text to use Google Translate to provide a quick local language translation which can be edited and corrected before it is pasted into PMWeb along with the original English text. 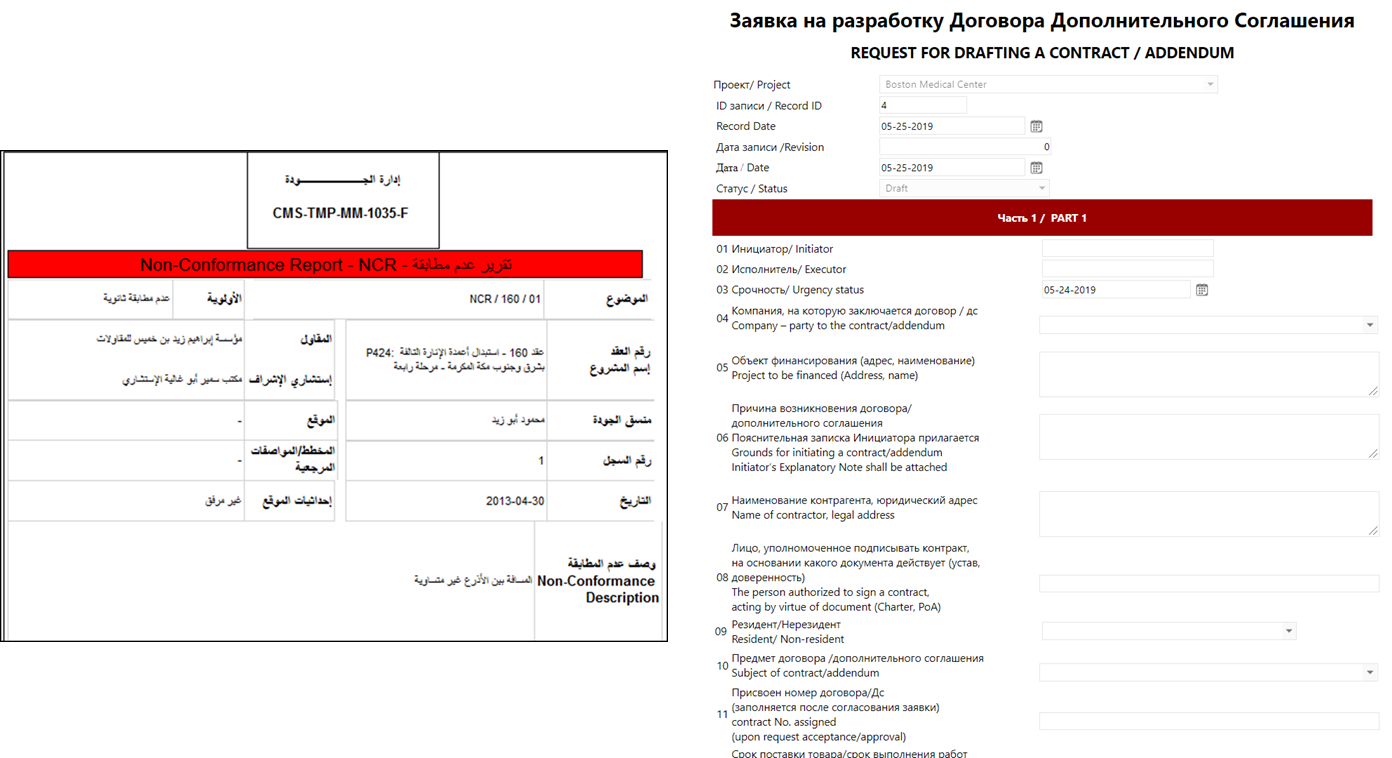 One of the recommended practices to be used in both PMWeb default forms and custom-built forms is the use of predefined lists of values to complete the document templates for fields that the project entities could agree on all possible predefined values to select from. This will enable having those lists’ values created in both English and the selected local language to ease and expedite the process of completing the different project management forms. It is therefore highly recommended to review all those defaults and custom-built forms and add as many user-defined fields for which values can be selected from a predefined bi-lingual list of values.

The data captured in those forms will become automatically available to be reported on in the desired language as well as the desired form and format. Many organizations might have the option to create two versions of some reports where the user can toggle between the two versions or simply have a report that displays both languages on the same page. It is highly that both versions of the same report have the same layout and design. 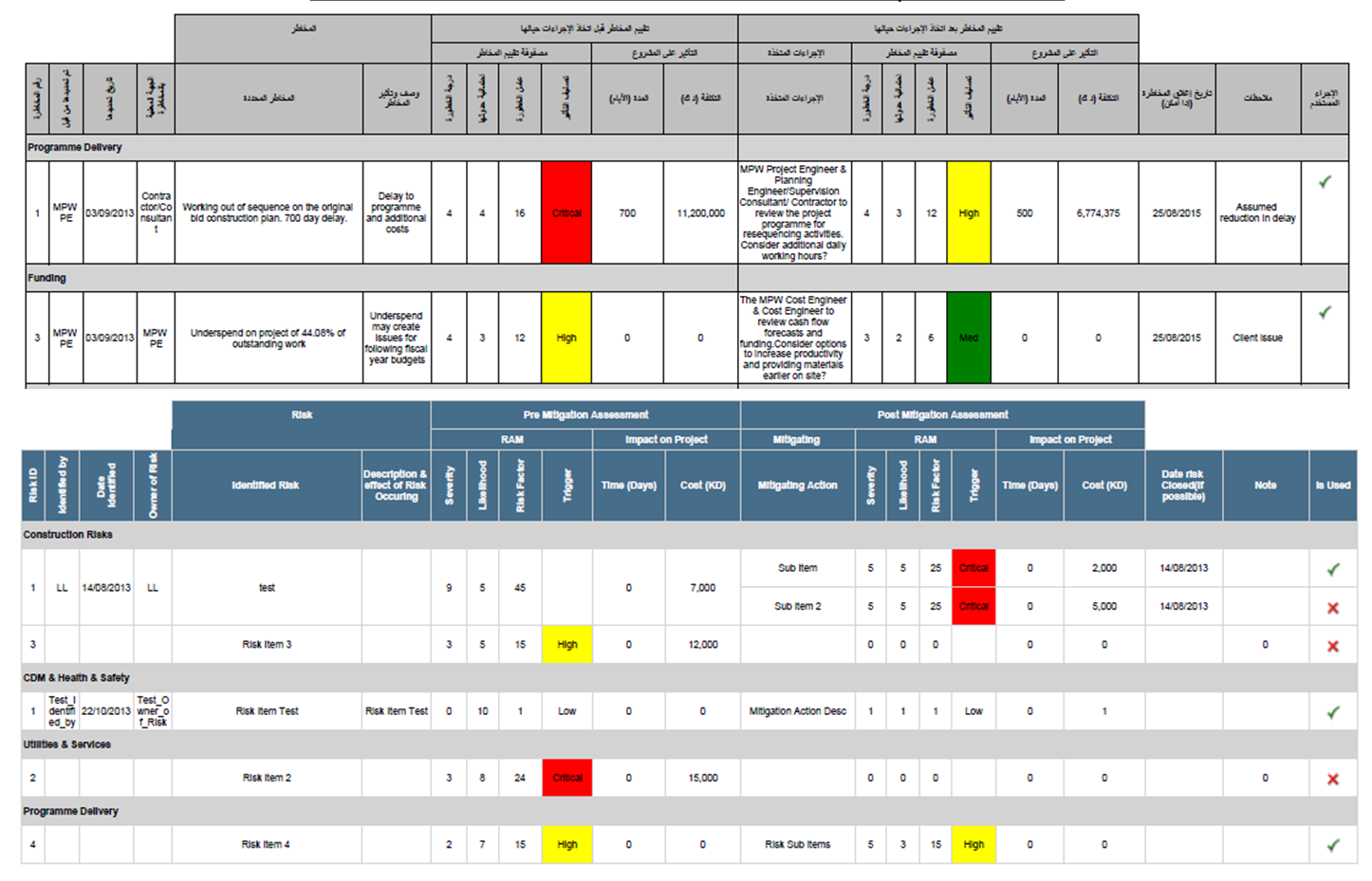 Of course, multi-language is not limited to reports but it also applies to dashboards that could include visual charts. Similar to reports, each dashboard can be designed to be available in both English and the selected local language Arabic language. The PMWeb user can toggle between the two language versions. 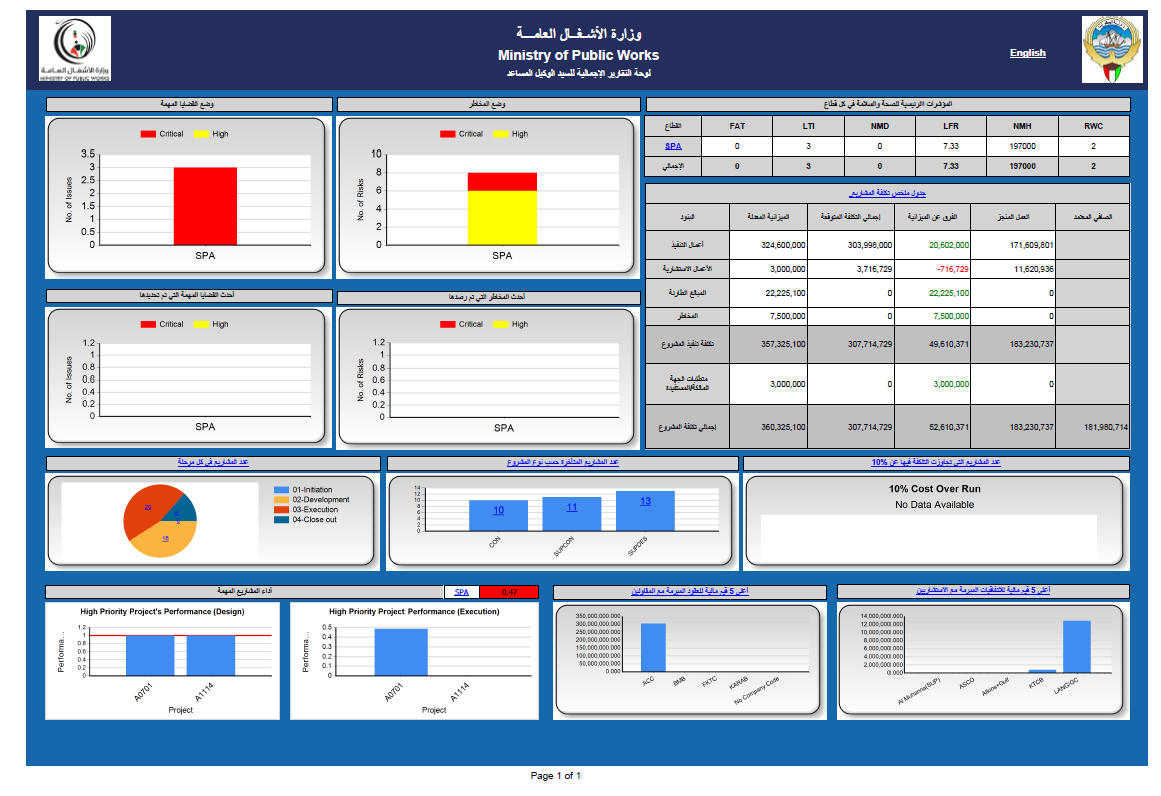