Construction projects frequently need to get started quickly, before final documents are agreed upon. In these situations, the industry often uses a ‘letter of intent (LOI) as a bridging measure to allow work to proceed and to give the parties some legal protection. The “LOI” indicates the employer’s intention to enter into a formal written contract for works described in the letter and asks the contractor to begin those works before the formal contract is executed. While an LOI may come in many forms, it is essentially a communication expressing an intention to enter into a contract at a future date.

Using a Project Management Information System (PMIS) like PMWeb, project owners can formalize their internal process for issuing the right “LOI” for the right project. There could be different forms of the “LOI” depending on whether it is intended to be as a non-binding statement of the future intention of both parties to go into a contract, as an interim contract on its terms, which will govern the relationship between the parties unless and until a formal written contract is executed or as a final contract which, despite if there have been no formal execution, is deemed to have incorporated the terms and conditions of the formal written contract that the parties intended (Letters of Intent in Construction by Graham Alty).

Using PMWeb form builder, the Letter of Intent form will be created. The form will include all fields that could be needed for issuing the “LOI” such as “LOI” type, project name, contractor name, project owner name, consultant name, drawings date, specifications date, the maximum amount that can be spent before the formal contract is executed, “LOI” expiry date, authorized owner representative name among others. Many of those fields will be picked up automatically from the project module and therefore there will be no need to add them to the Letter of Intent form. 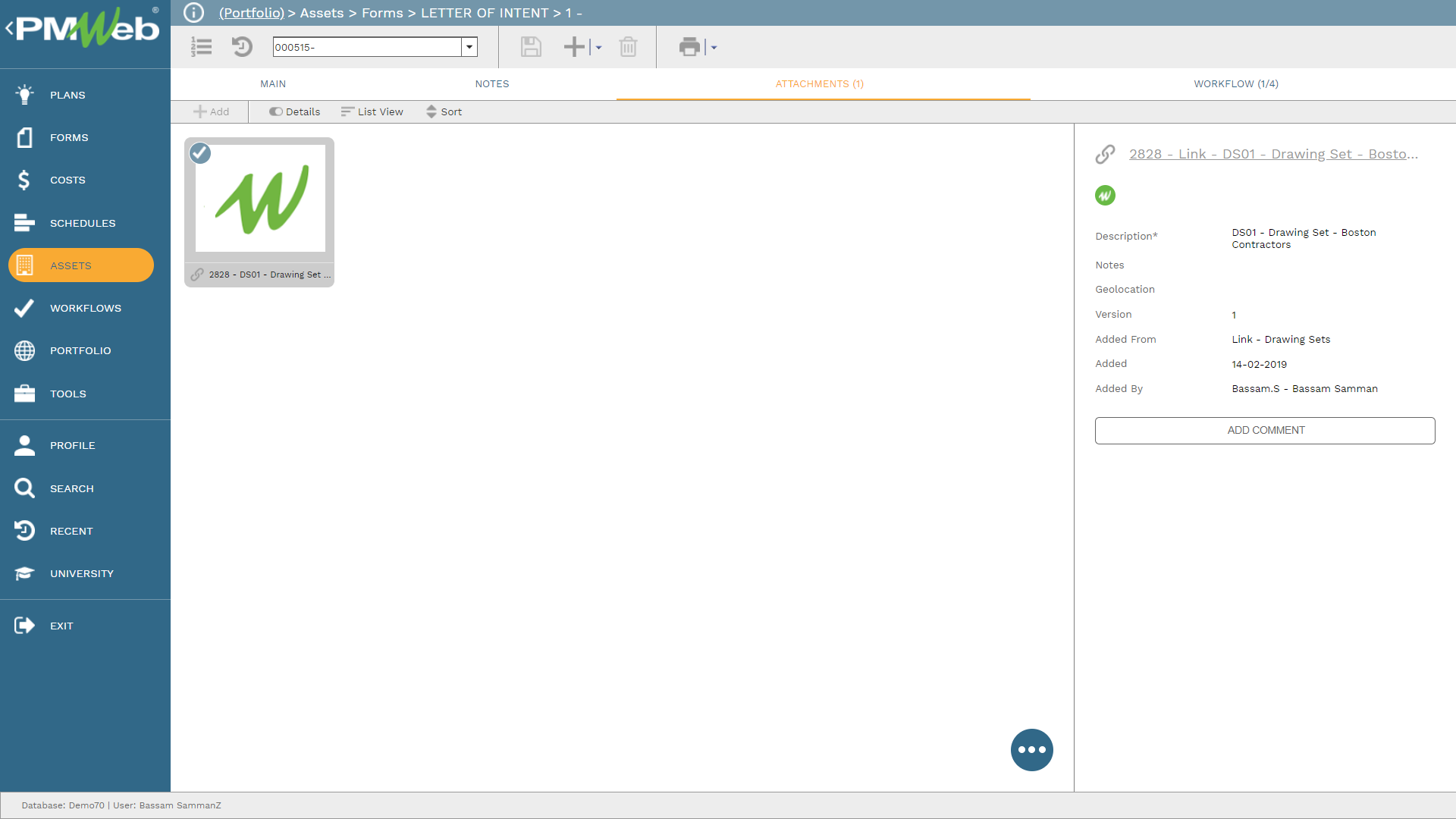 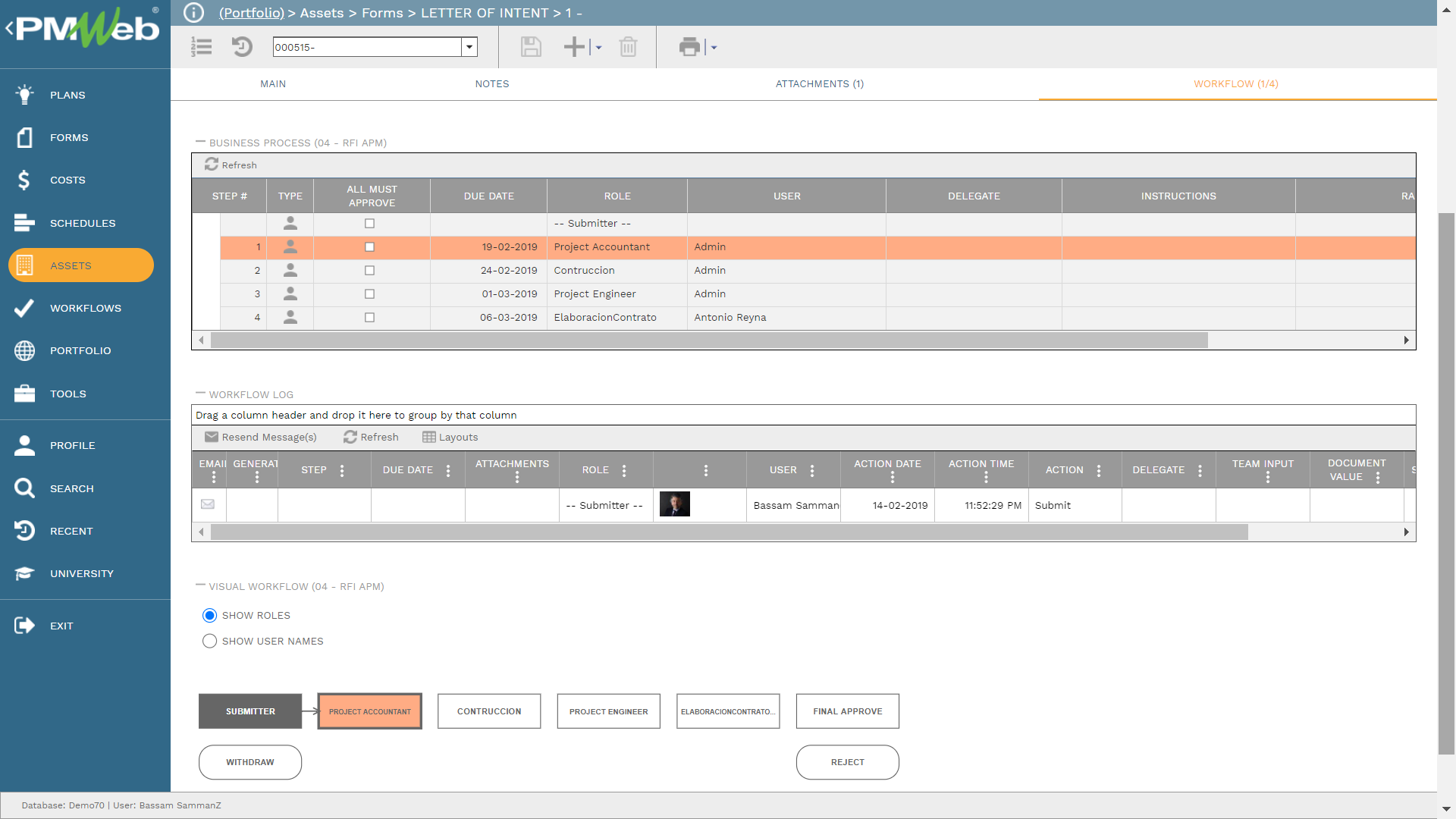 PMWeb Word module will be used to create the different letter of intent templates whether the “LOI” is intended to be a non-binding statement, interim agreement, or final contract. For example, since we have selected in this example the “LOI” type of an interim agreement, then the project team member responsible for issuing a formal letter of intent to be wet-signed and stamped will select that “LOI” output template. All fields in the “LOI” will be automatically filled and the letter will be printed and merged in MS Word. 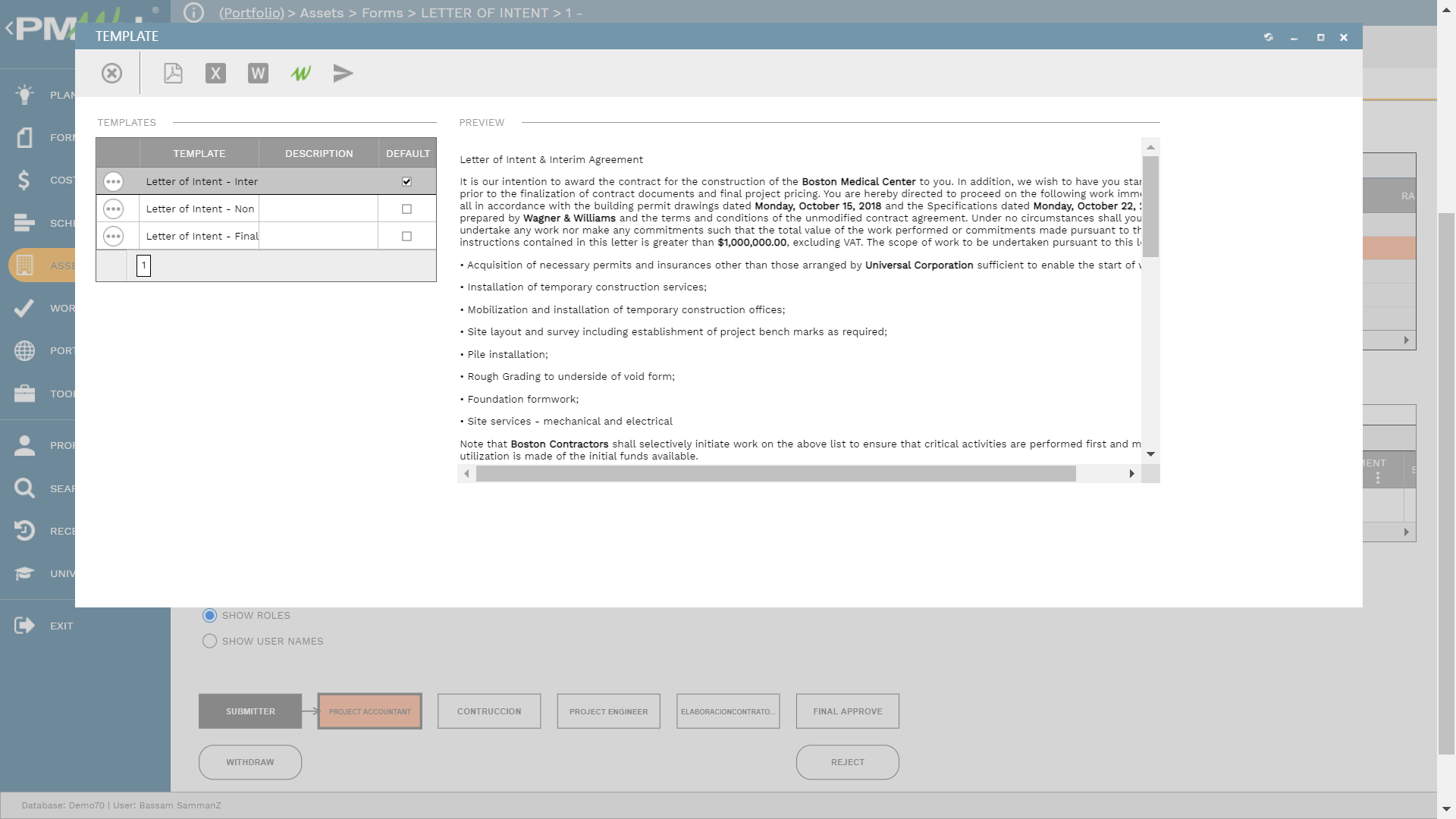