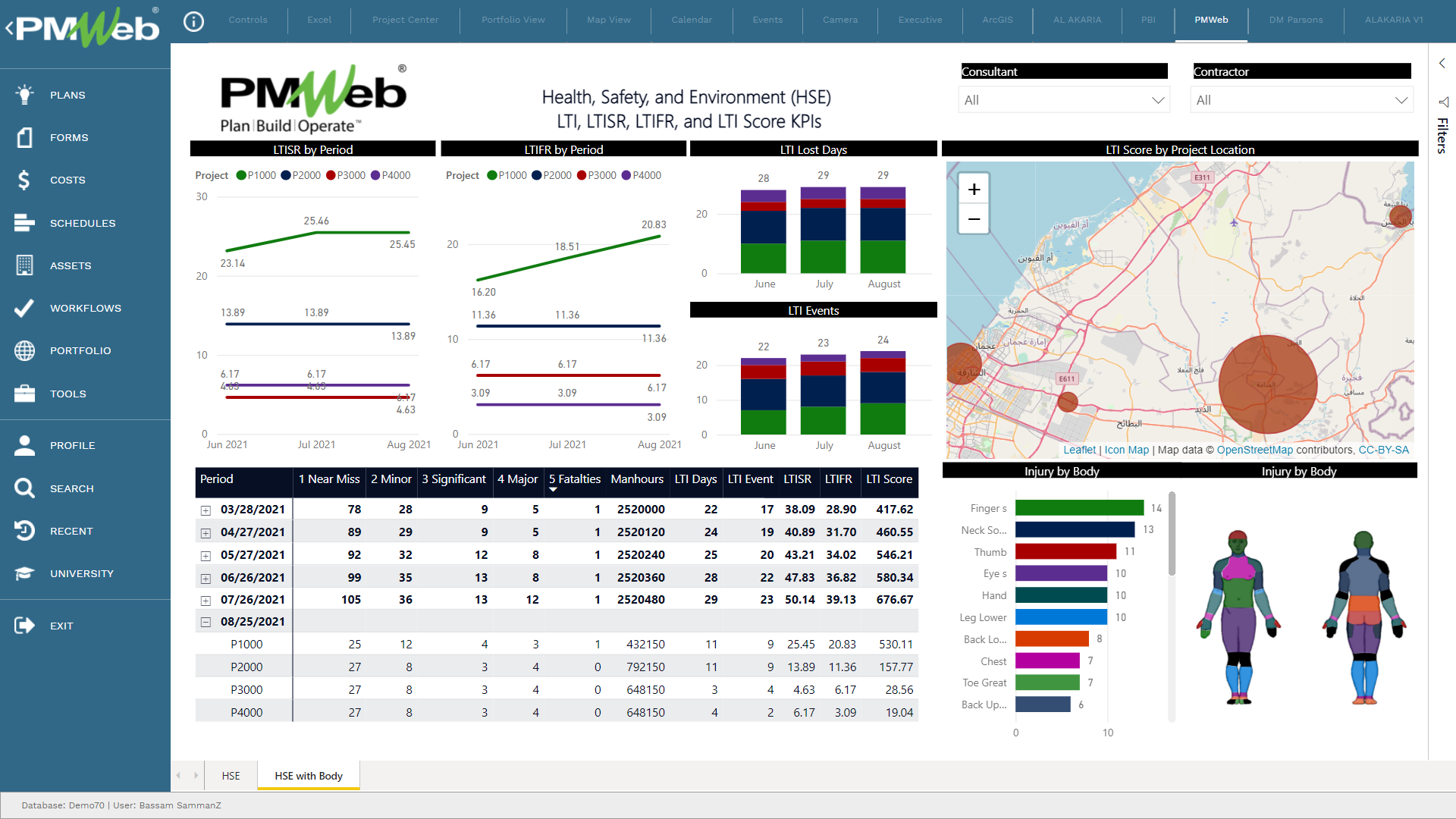 On a construction project, regardless of whether the project control system (PCS) was managed by the Project Owner or Contractor, one of the key reporting requirements for a PCS is reporting the current status of the Health, Safety, Security, and Environment (HSSE) key performance indicators (KPI). These include the key performance indicators for Lost-Time Injury (LTI), Lost Time Injury Severity Rate (LTISR), and Lost Time Injury Frequency Rate (LTIFR). These KPIs are considered lagging safety indicators, meaning they provide insight into a project’s elapsed period safety performance, but do not necessarily indicate its future safety performance. The reporting of

A Lost-Time Injury (LTI) is an event that results in a fatality, permanent disability, or time lost from work. This time could be as short as one day or a whole shift. For each reported LTI event, there is a requirement to specify the number of days of lost time because of the incident. The Lost Time Injury Severity Rate (LTISR) indicates how serious the injuries have been on the construction site to date. The LTISR is defined as the number of days of lost time per one million man-hours worked on the project (LTISR = (No. of Days Lost x 1,000,000)/ Manhours Worked). For example, an LTISR of 10 shows that ten days were lost on a job site every 1 million hours worked.

On the other hand, the Lost Time Injury Frequency Rate (LTIFR) indicates the frequency rate of how many LTI events happened on the construction site to date. The LTIFR is defined as the number of lost-time injuries (LTI) occurring at a workplace per one million hours worked within a given period (LTIFR = (LTI Events x 1,000,000)/Manhours Worked). For example, an LTIFR of seven shows that seven lost time injuries occur every 1 million hours worked on a job site.

The LTI Score is similar to the Risk Score, where it is calculated by multiplying a risk’s occurrence likelihood with its impact. The LTIFR relates to the frequency of an LTI event, which can be considered the occurrence likelihood, whereas the LTIST relates to the severity of an LTI event. This can be regarded as the impact of the LTI. A high LTI score indicates the poor safety environment a project has.

These HSSE KPIs can be reported in different forms and formats. For example, line charts can be used to detail the LTISR and LTIFR performance trends for the last three months period, whereas the LTI events and lost days can be presented using a histogram for the same period. The LTI score for the current period can be shown as a bullet on the map that displays the project’s location. Another chart can be created to indicate the severity of the safety incidents on the projects. In addition, a scorecard can be added to display all data used to calculate the HSSE Key Performance Indicators.

Monitoring, evaluating, and reporting the status of the LTI, LTISR, LTIFR, and LTI Score KPIs require having access to real-time, trustworthy data on the number of LTIs that have happened on the construction site. Data detailing the manhours lost due to the incident and the total number of labor-resource hours spent on the construction site to date are also required. Using PMWeb, these values will be readily available using PMWeb out-of-the-box modules for Daily Reports and Safety Incidents. 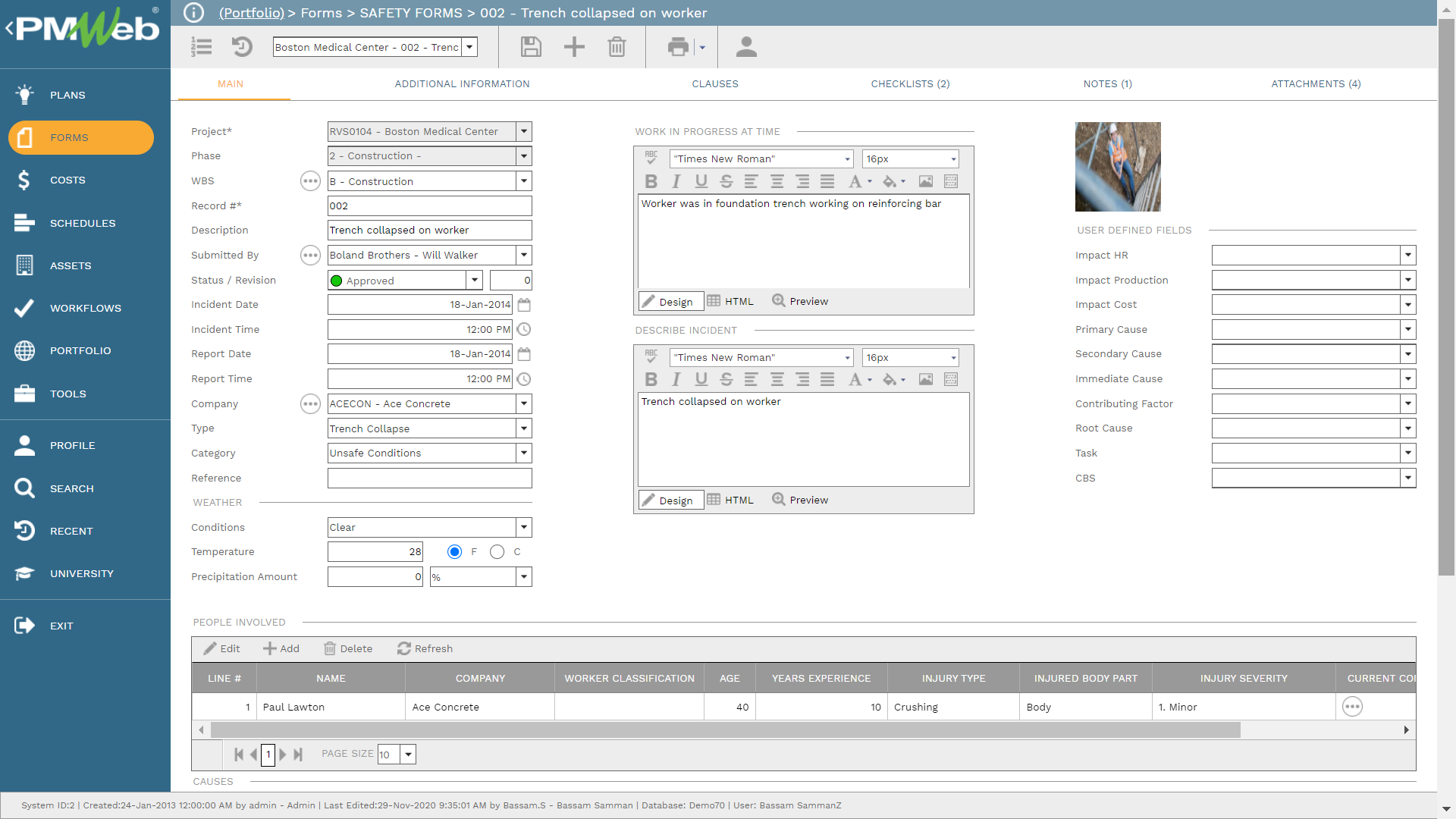 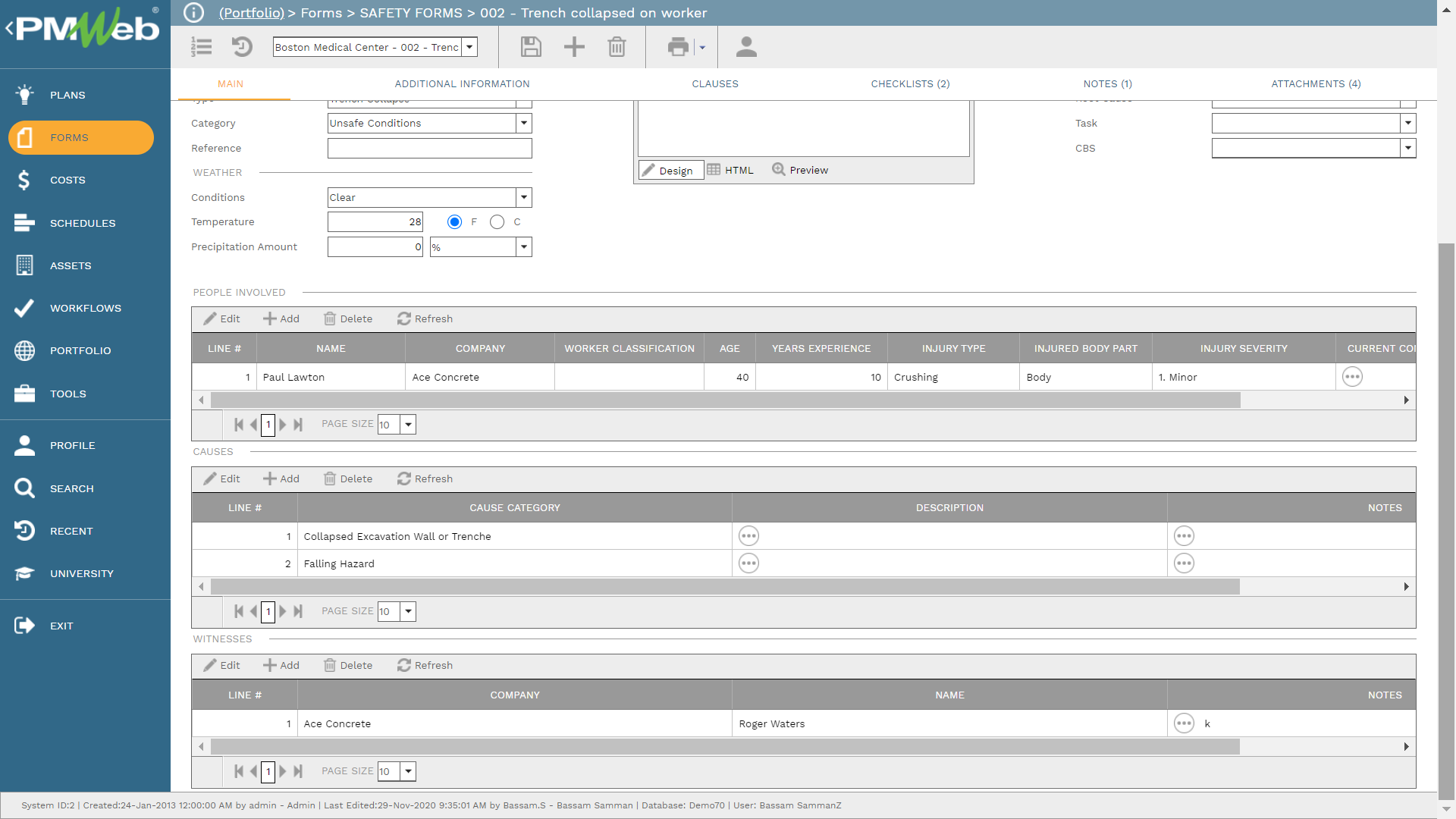 The Safety Incident form must be printed, wet signed, and stamped like all other formal communications. The output form layout may be designed in any desired form and format to meet the organization’s project HSSE management plan reporting requirements. PMWeb also provides a default output that captures the details of the safety incident and can be used as-is.

The data that is captured in the safety incident forms will serve as the basis for monitoring and evaluating the project’s HSE performance. One of the important reports generated from the safety incidents forms is the Safety Incidents Analysis by Body Area report. This report, which can be for a single project or a portfolio of projects and will detail the reported safety incidents in the injured body area. 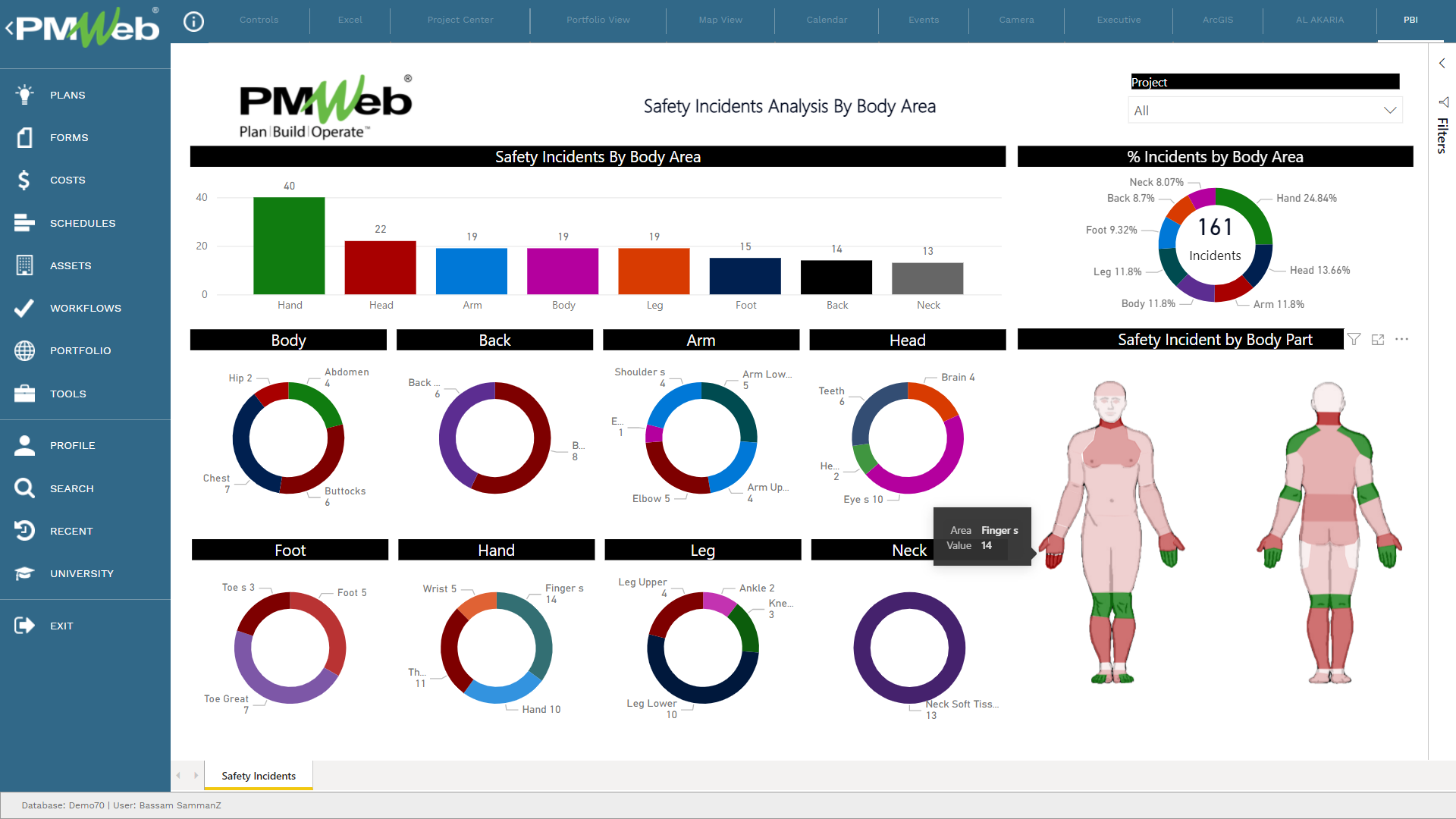