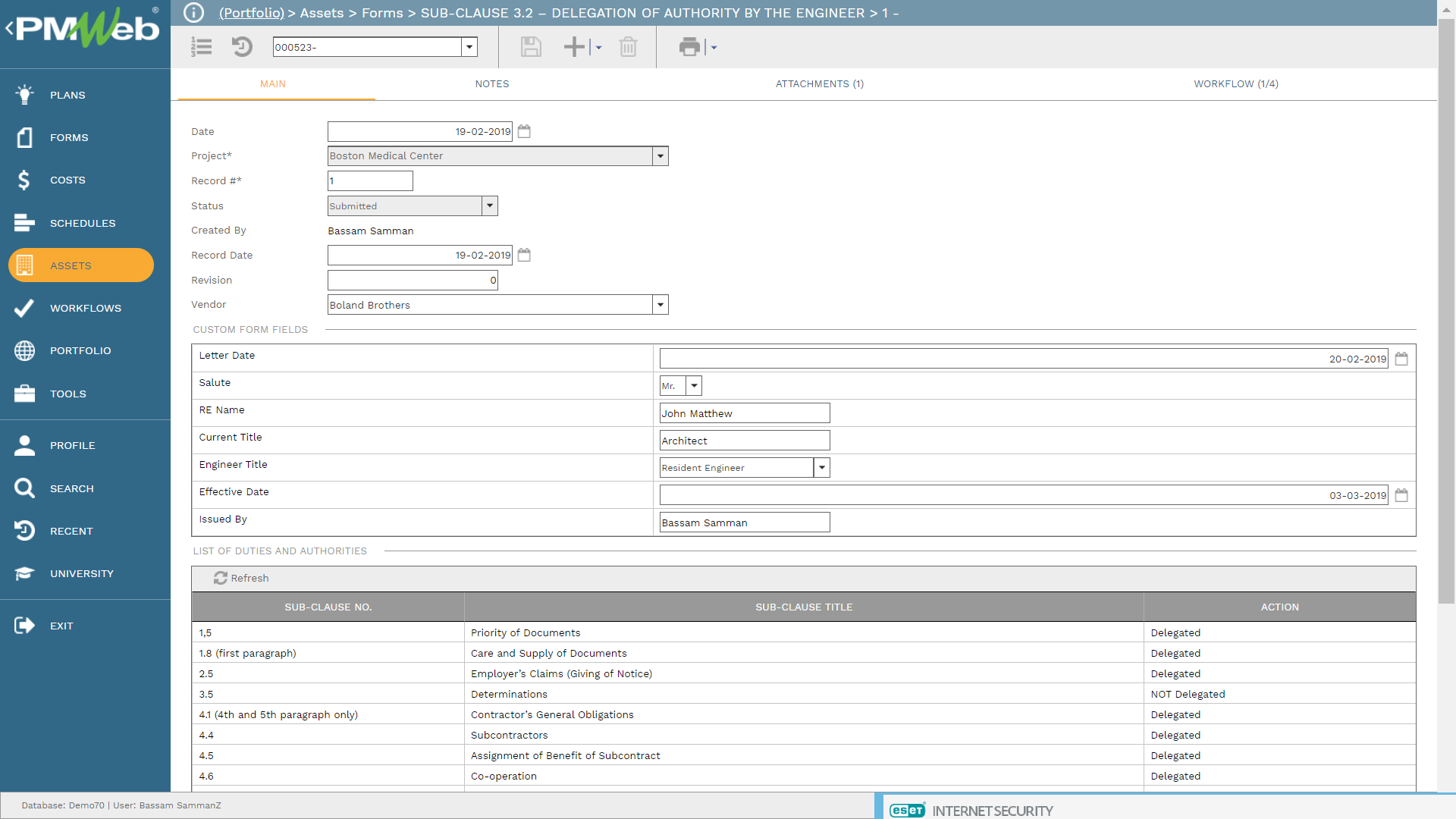 Under the FIDIC Conditions of Contract, the Engineer may delegate any of the duties and powers vested in him to the Engineer’s Representative. Nevertheless, some of the delegated duties and powers might require prior approval from the Employer. The “Delegation of Authority by the Engineer” letter should identify the normally delegated clauses which deal with duties or powers of a more routine nature or which have little contractual or financial significance as well as the clauses containing powers or duties which the Engineer may or may not choose to delegate. Any such delegation or revocation shall be in writing and shall not take effect until a copy thereof has been delivered to the Employer and the Contractor.

Using Project Management Information Systems (PMIS) like PMWeb help in automating the process for issuing the Delegation of Authority by the Engineer letter. PMWeb form builder module will be used to capture the fields needed for the letter such as the Resident Engineer’s name and title, the effective date of the delegation, and letter issuance date among others.

In addition, the form will include a table that will list all duties and powers that might be delegated by the Engineer. The table will list the FIDIC contract sub-clauses reference, sub-clauses title, and whether the duties and powers that are part of this sub-clause will be delegated or not. As an option, the table could also include a field to verify if this was approved by the Employer or not.

The attachment tab will be used to keep a copy of the formal Delegation of Authority by the Engineer letter that has been issued to the Employer and Contractor. Of course, the attachment tab could include other documents such as the Resident Engineer CV and other details. 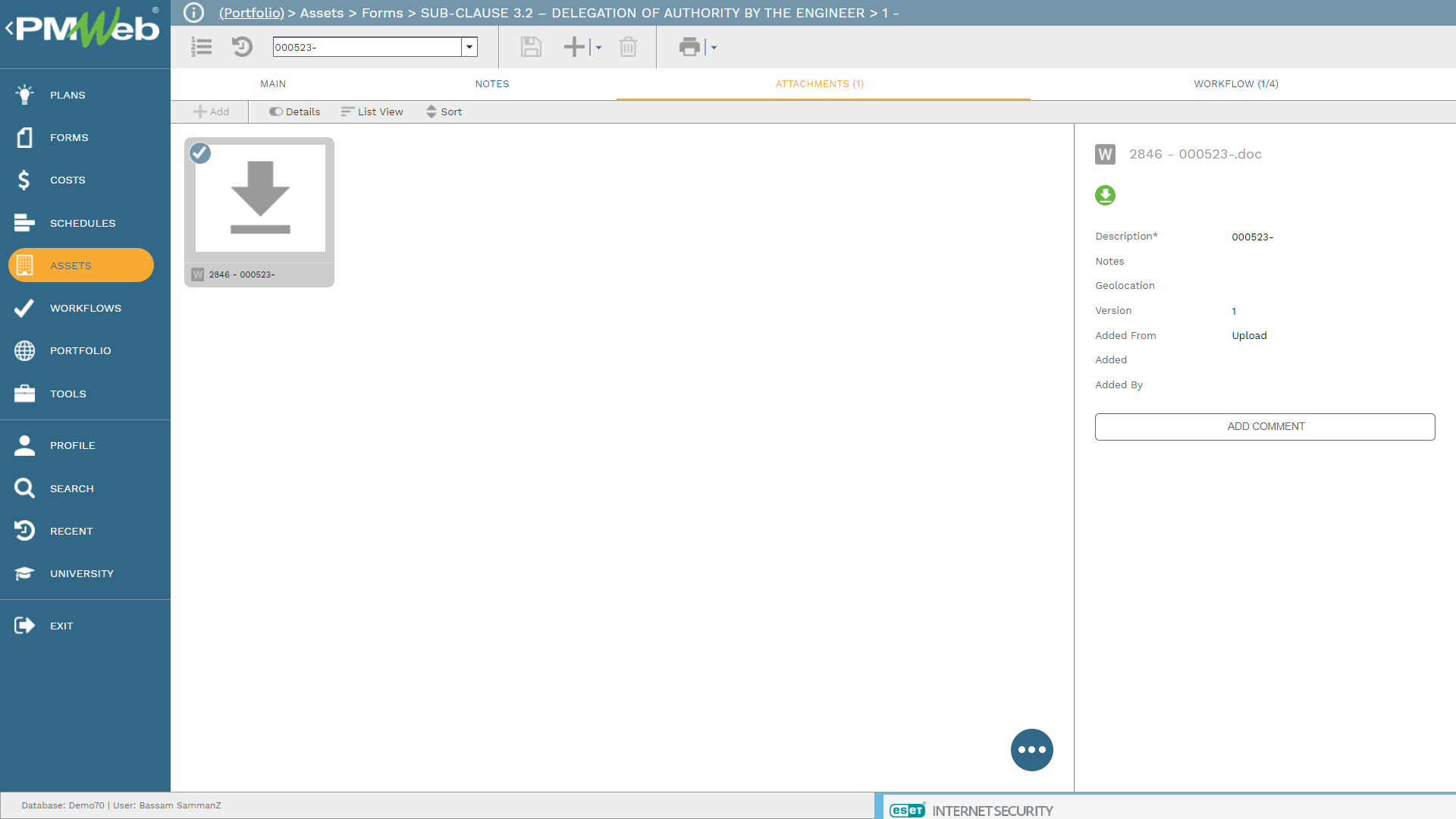 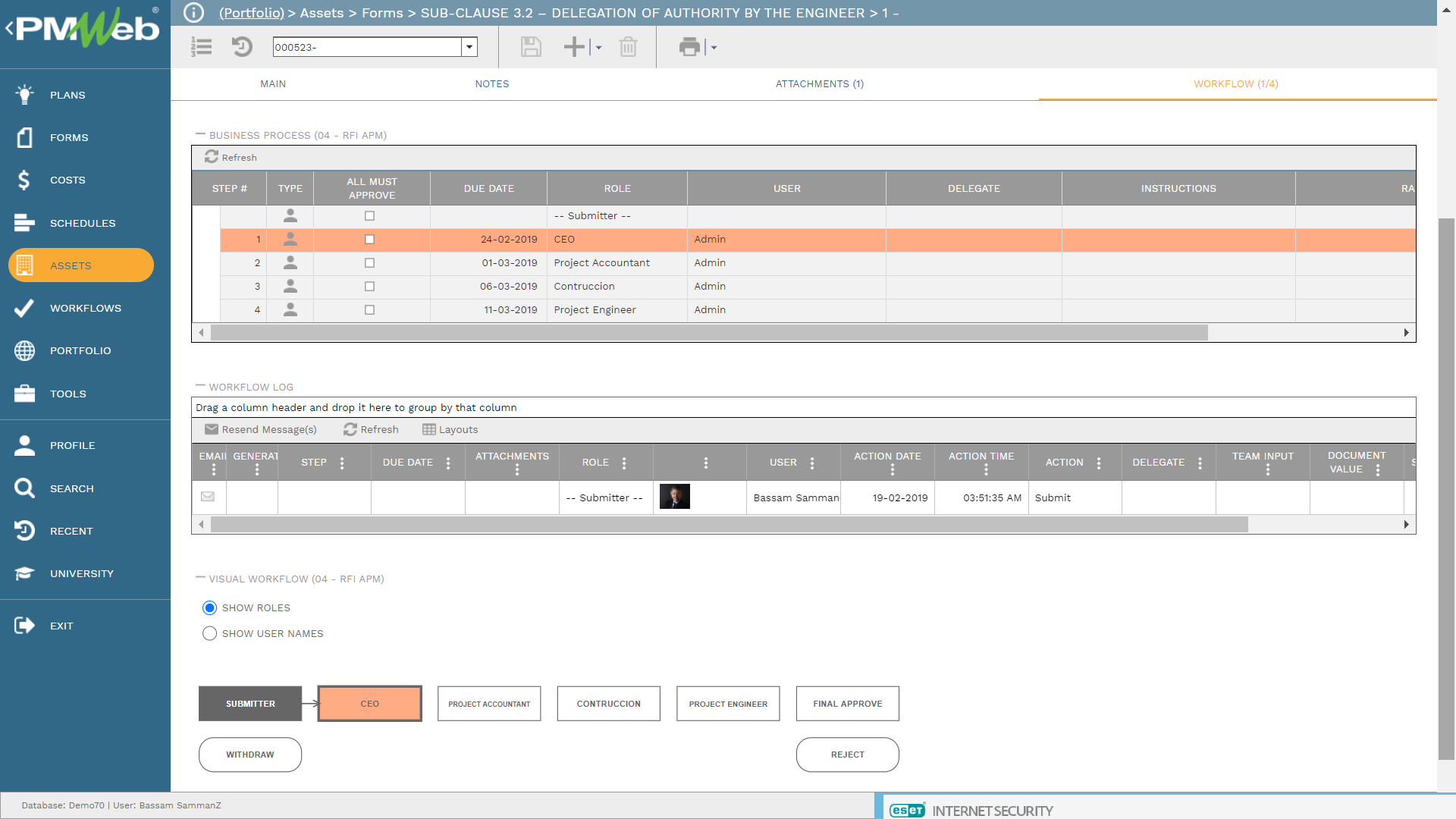 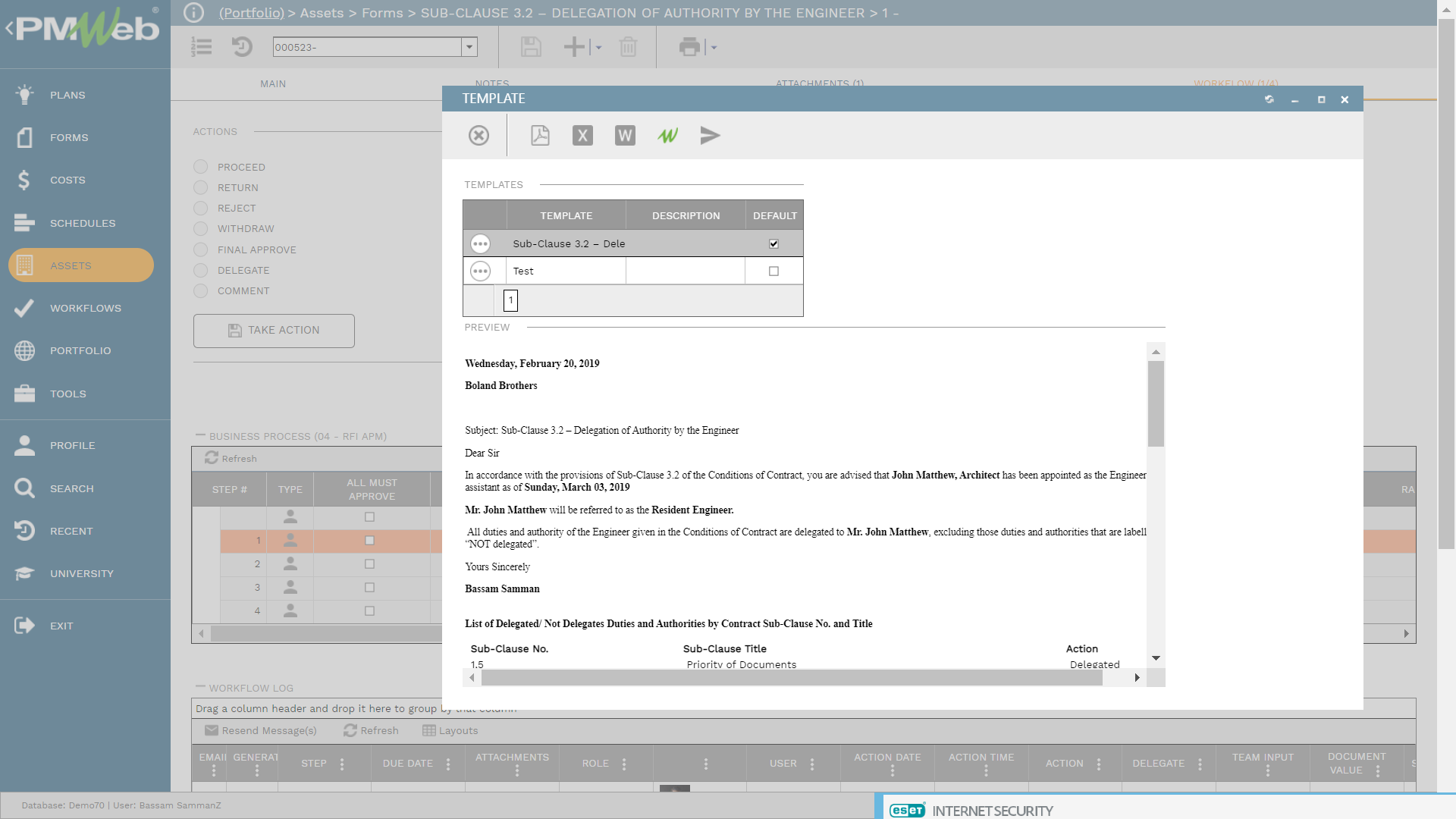